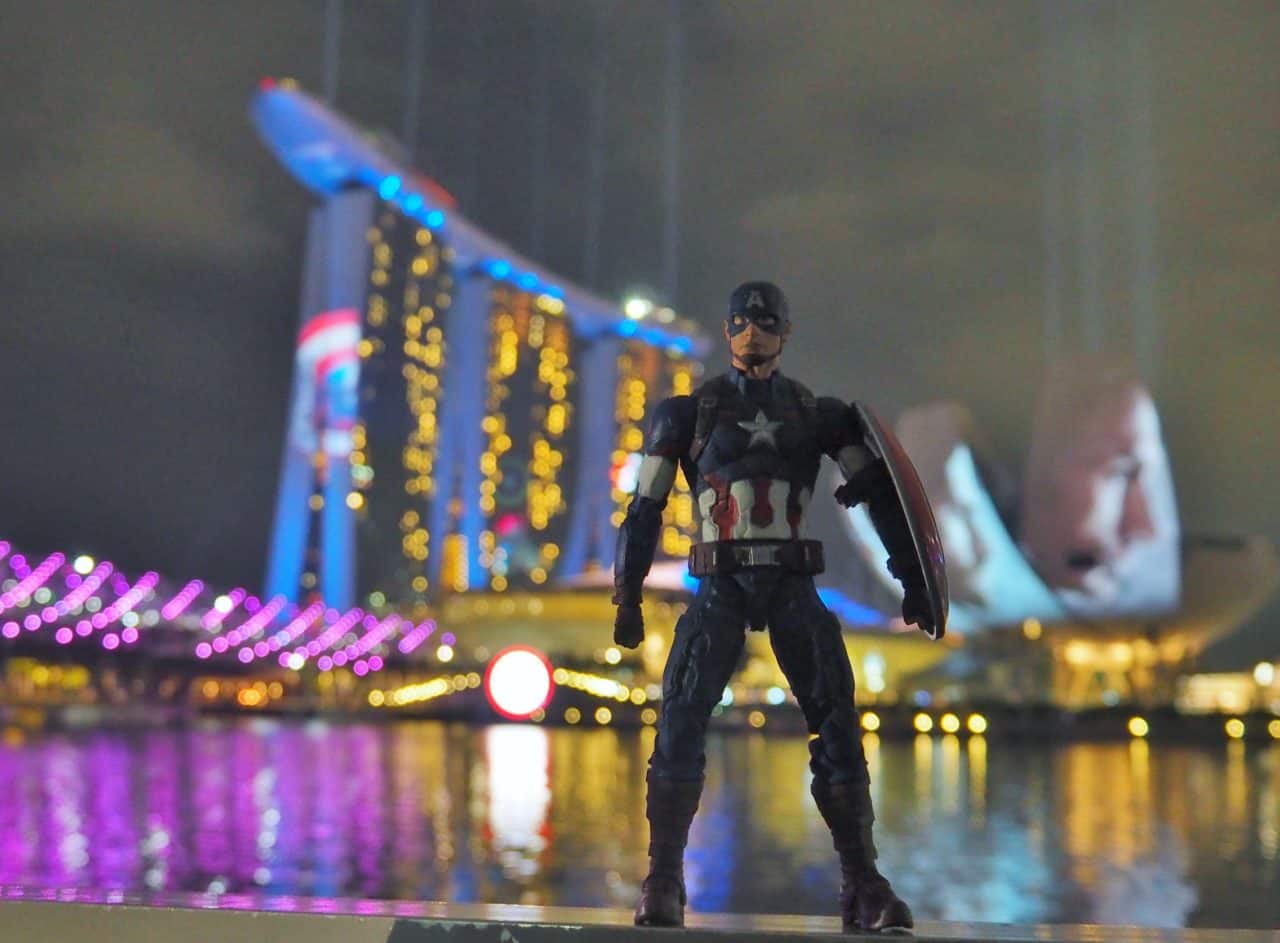 There has been considerable build-up to the finale of Team Cap’s visit to Singapore, so one could excuse us for being underwhelmed by the end result. Team Iron Man had thrown down the gauntlet, with Robert Downey Jr. lighting up the Eiffel Tower in gold and red, complete with glowing ‘eyes’ and an ‘arc reactor’. “Team Cap…I mean, how do you come back from that?” Downey said after the big reveal in Paris. “You are toast!” 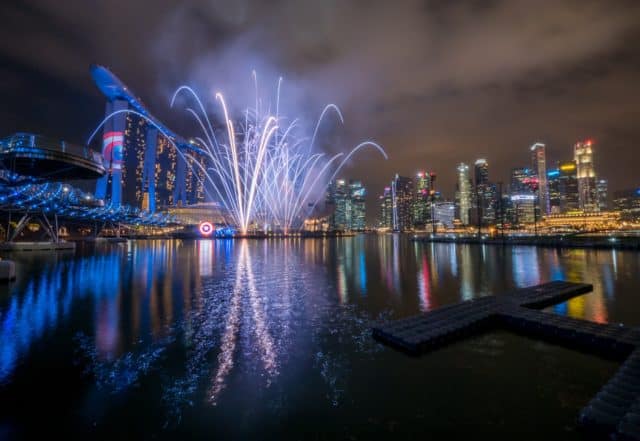 Stars Chris Evans (Steve Rogers/Captain America), Sebastian Stan (Bucky Barnes/Winter Soldier) and Anthony Mackie (Sam Wilson/Falcon), with co-director Joe Russo, answered the challenge with a multimedia display and fireworks show at the Marina Bay Sands integrated resort on the night of 22nd April. Clips from the film were projected onto the ArtScience Museum and the spine of the hotel’s first tower, complemented by pyrotechnics. The show lasted around six minutes, starting and stopping intermittently. 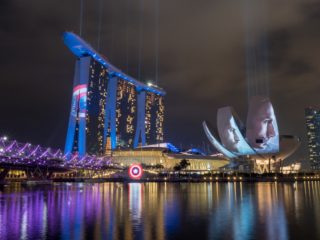 Team Cap only made their way to the podium on the Helix Bridge 45 minutes after the event was scheduled to begin. Access to the bridge was tightly controlled, following the zealous fan turn-out for the Blue Carpet event the previous night. Most of the media weren’t allowed onto the same pod as Team Cap; F*** was one pod away. Safety was a concern, seeing as the bridge has a limited weight capacity. There were also rumours that Evans had been cranky the previous day, with some taking his attire at the Blue Carpet premiere (the same shirt he wore to the press conference, as opposed to Mackie’s and Stan’s three-piece suits) and his much later arrival compared to the director and other actors as indication that he was reluctant to walk the Blue Carpet.

If one had happened to pass by the Marina Bay waterfront and were catching the display from afar, it would’ve passed muster, but the fans and media weren’t so impressed. This reviewer overhead a fan asking her friends, “can we all agree that Team Iron Man won?” as they were filing out after the show. 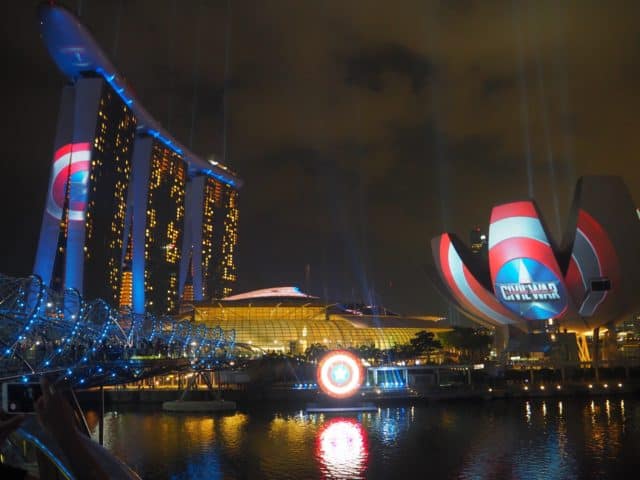 The promotional tour rivalry will come to a head with Team Iron Man and Team Cap coming face-to-face at the film’s upcoming premiere in London. 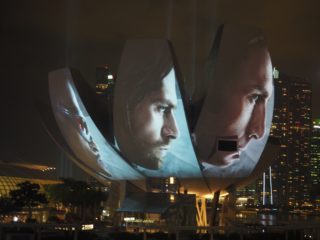 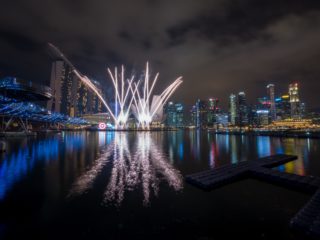 Captain America: Civil War is in theatres 28 May 2016, read our review here. 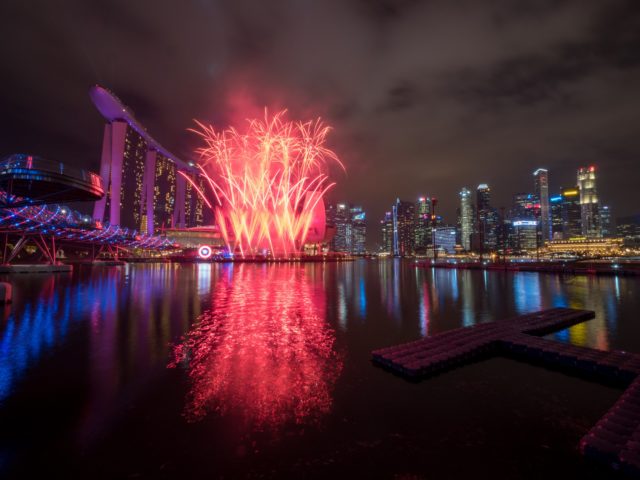 Photos by Tedd and Jedd Jong

Action figure is the writer’s own.