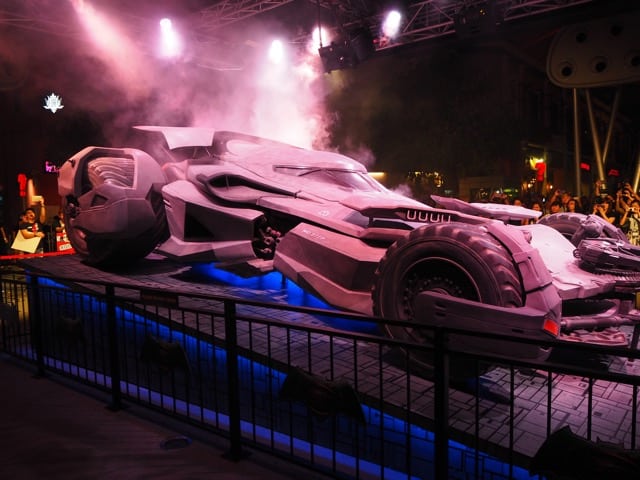 F*** was at the launch of the Capitaland Malls Be the Hero exhibit, comprising three life-sized statues and interactive game zones at Bugis+, and a life-sized replica of the Batmobile as seen in Batman v Superman: Dawn of Justice over at Clarke Quay, on the evening of 4th March. Before things started proper, we tried our hand at the motion-controlled interactive games, which involved blasting apart meteors with heat vision and knocking down scores of paramilitary goons with Batarangs. Suffice it to say that earth would not have survived if this writer actually were Superman. Gotham specifically would fare better though. 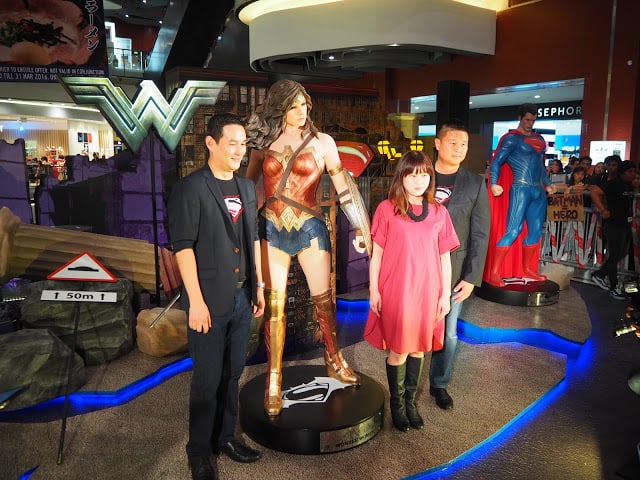 The launch was hosted by actor/deejay Bobby Tonelli, and kicked off with two teams of stuntmen, one wearing Batman shirts and the other wearing Superman shirts, brawling as if it were a football hooligan riot. Capitaland’s head of marketing Steve Ng, Warner Bros. Singapore’s Marketing Director Diane Chan and Pacific Licensing Studio Partner, Director Wallace Tay helped remove the tarps on the statues of Batman, Superman and Wonder Woman. Later, cosplayers who had dressed as Batman, Superman and Wonder Woman were invited to pose in front of the statues. 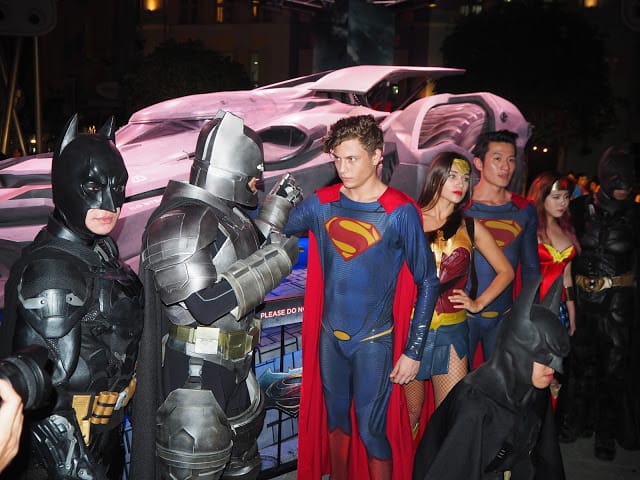 We later adjourned to Clarke Quay, where street performers dressed in light-up suits were warming up the crowd for the big event. The new Batmobile, which marries the sleekness of the Batman ’89 car with the militarised robustness of the Tumbler from the Dark Knight trilogy, sat under a white sheet in a pavilion. A light show comprising patterns projected onto the sheet preceded the tarp being reeled back with the Batmobile unveiled.

The interactive game zones will also be at Funan Digitalife Mall. Find out more about the displays and related promotions here: http://www.capitalandmallasia.com.sg/batmanvsuperman 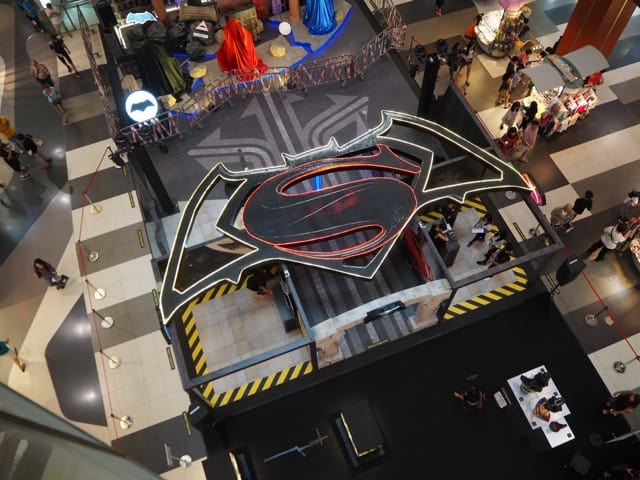 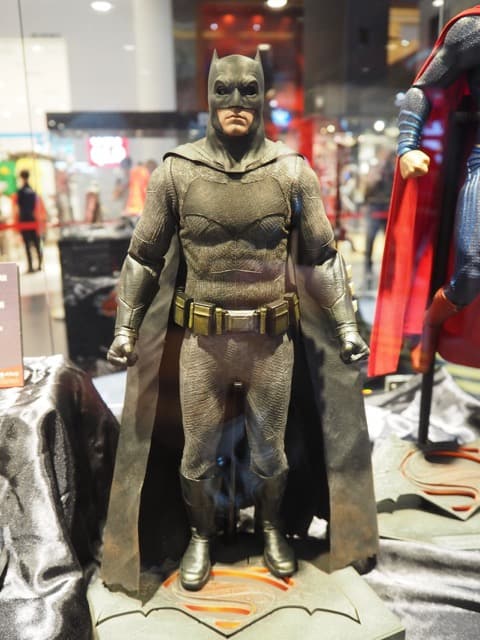 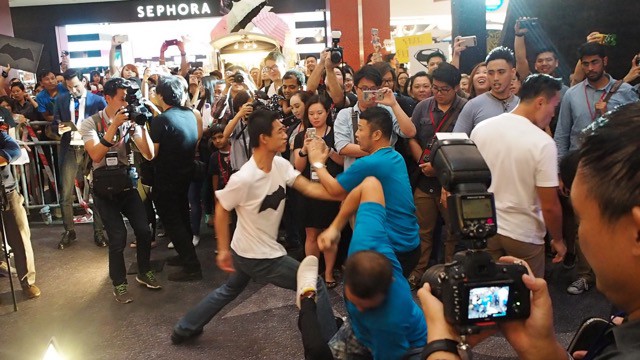 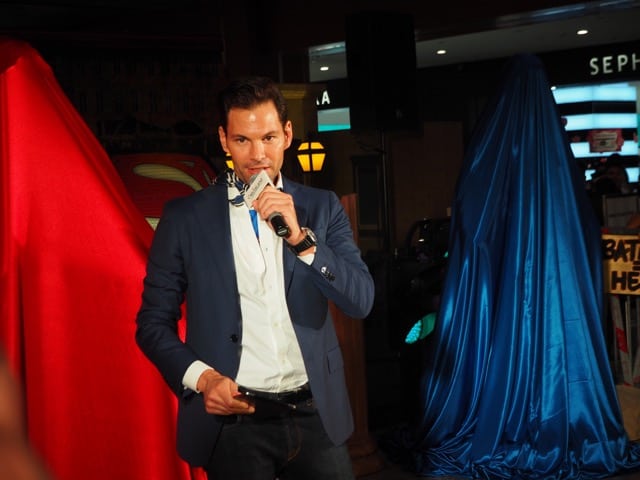 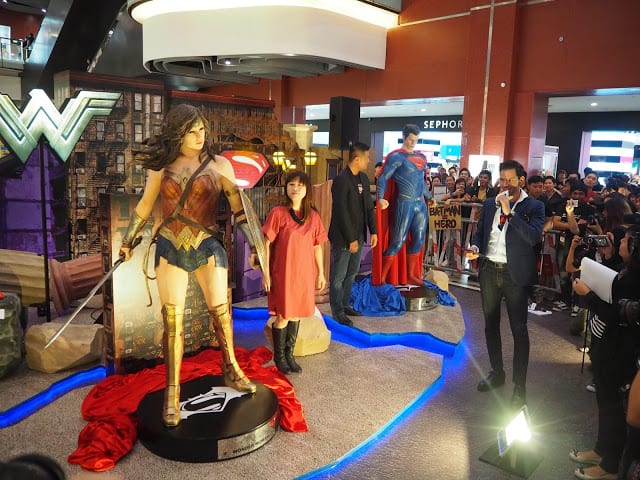 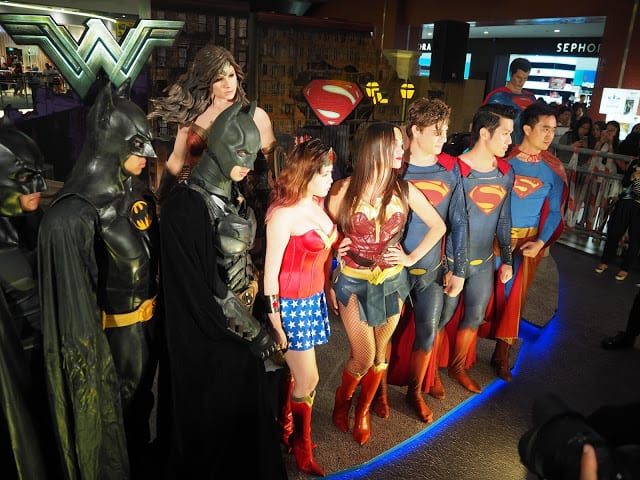 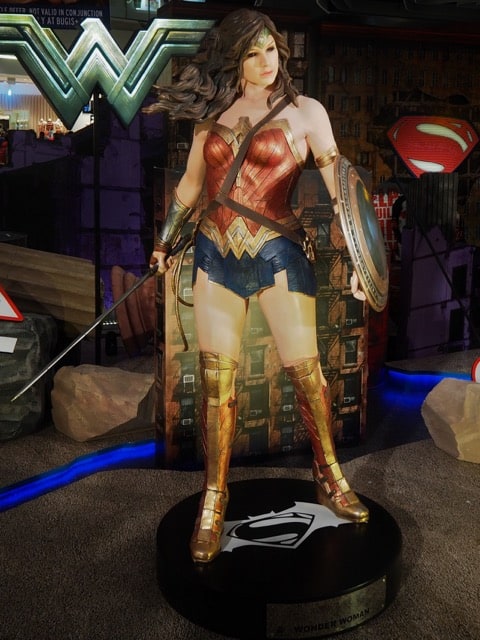 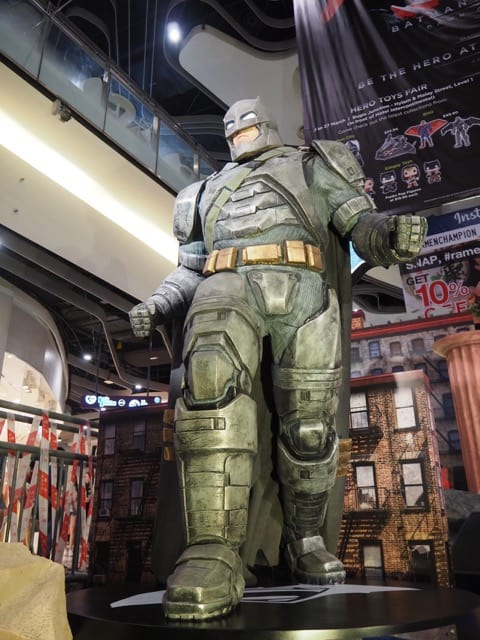 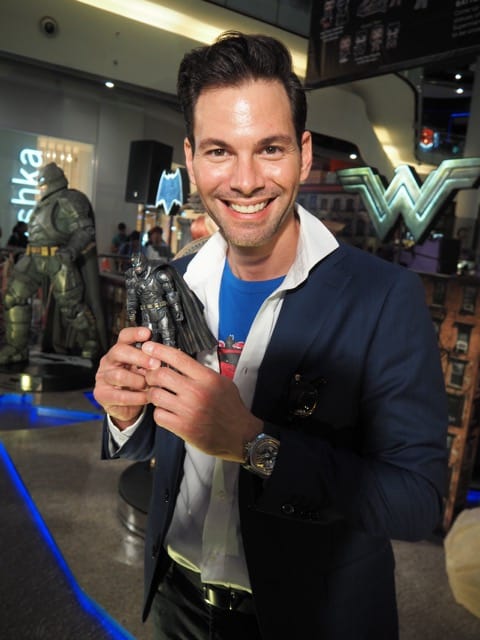 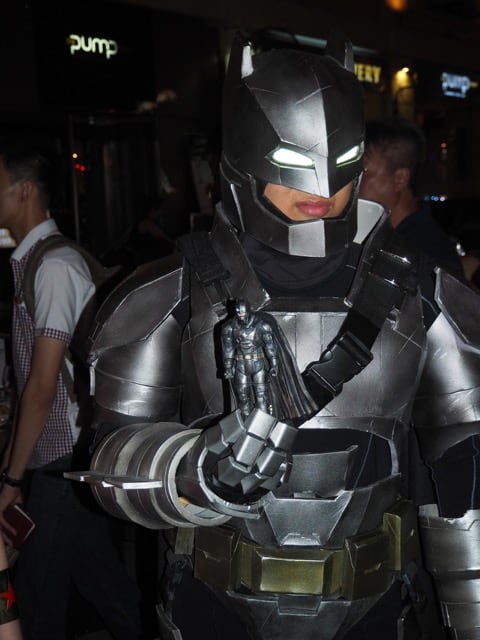 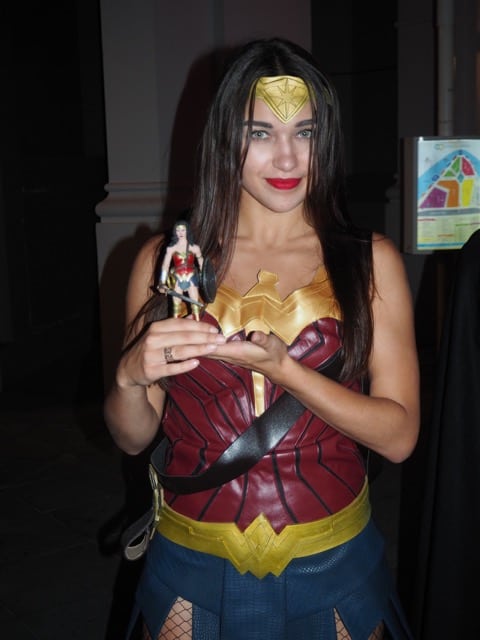 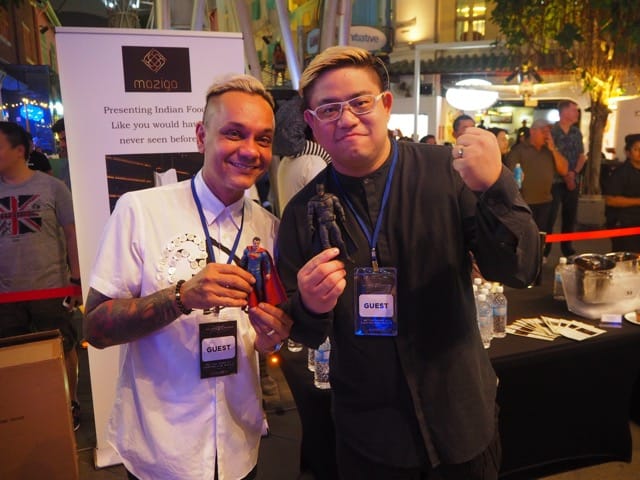 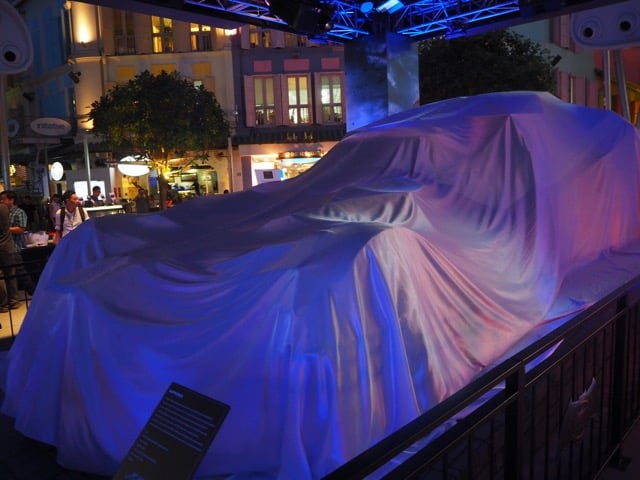 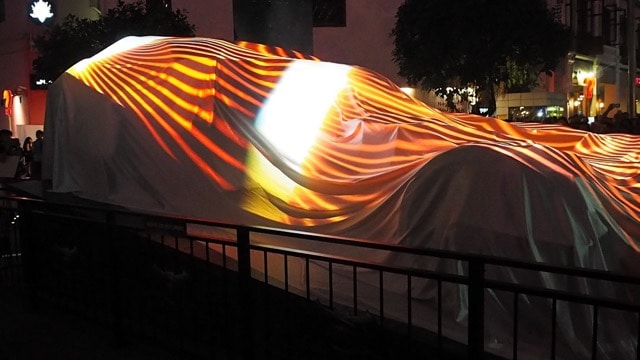 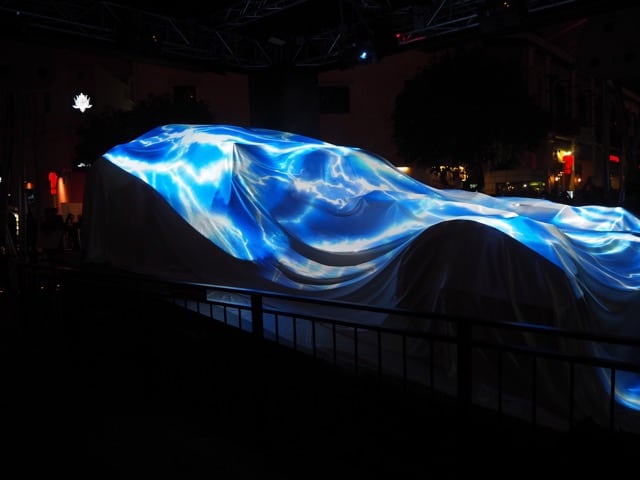 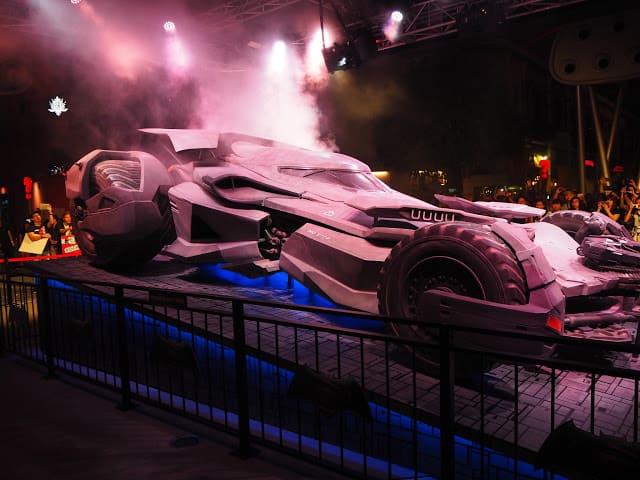 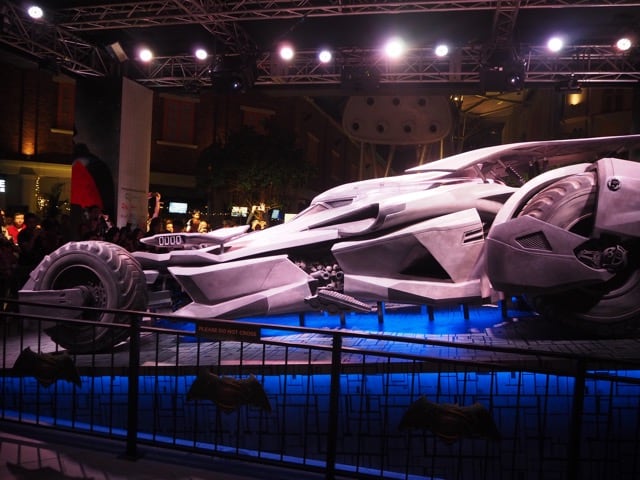 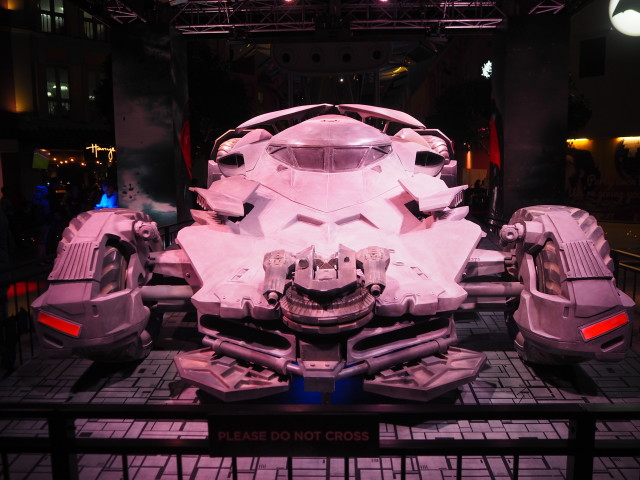