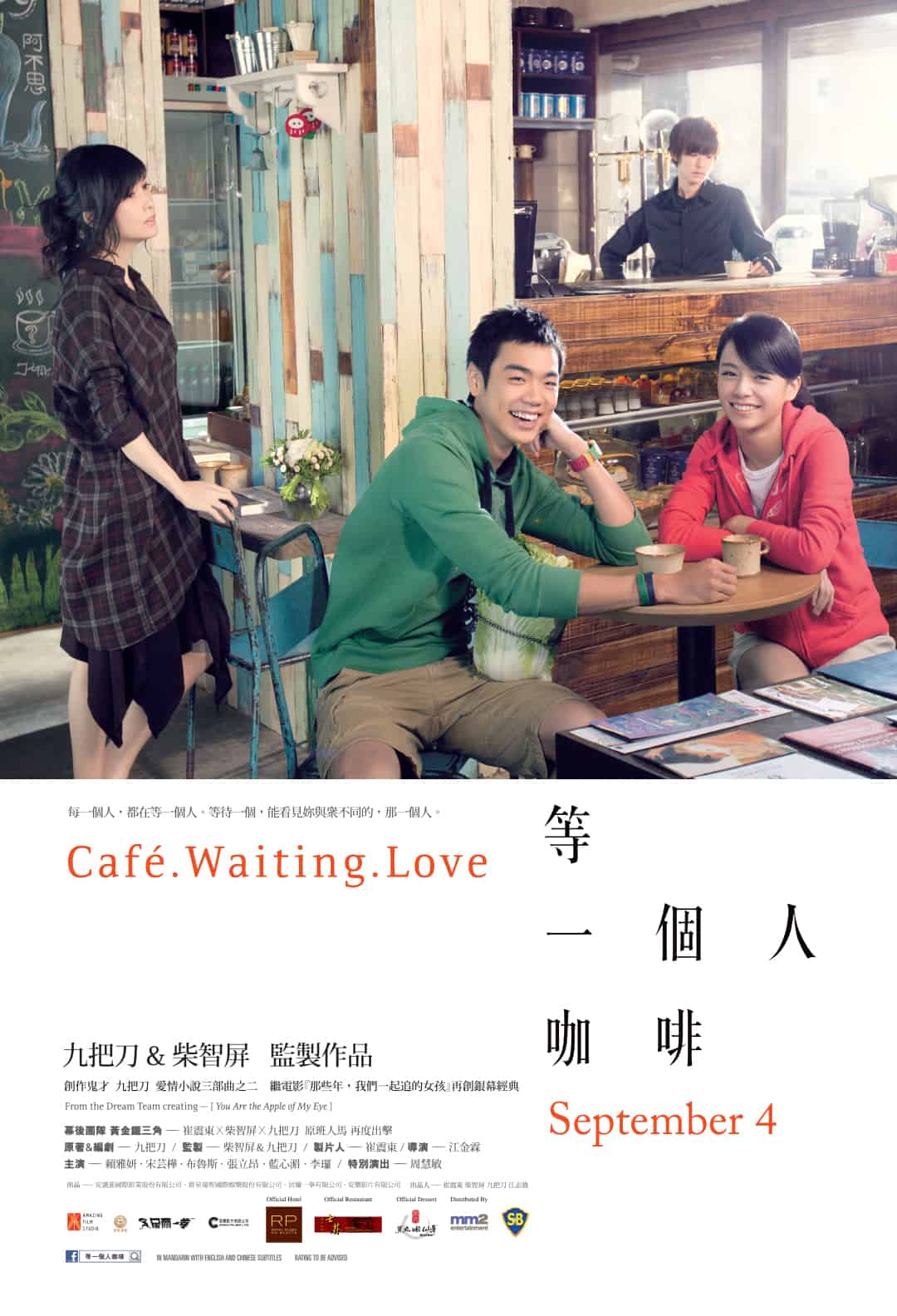 Café. Waiting. Love follows director Giddens Ko’s massive hit You Are The Apple Of My Eye, the film that set box-office records in Taiwan, Hong Kong, and Singapore. Like its predecessor, Café. Waiting. Love has a nice mix of wacky humour, zany set-pieces, and off-kilter characters. Unfortunately, it lacks heart, and isn’t able to evoke the nostalgic pangs that were so much a part of Apple’s appeal. 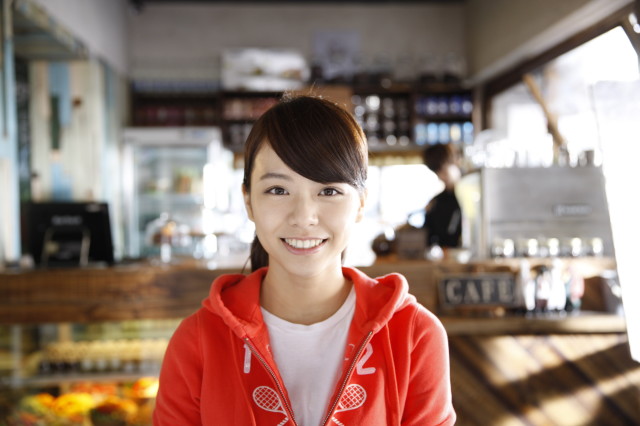 Based on Ko’s novel of the same name, Café. Waiting. Love revolves around Si-ying (Sung), a college freshman who scores a job at the eponymous café after impressing its mysterious owner (Chow). There, she befriends talented barista Abusi (Lai), as well as Ze-Yu (Chang), the dreamy, handsome college senior with whom she falls in love. 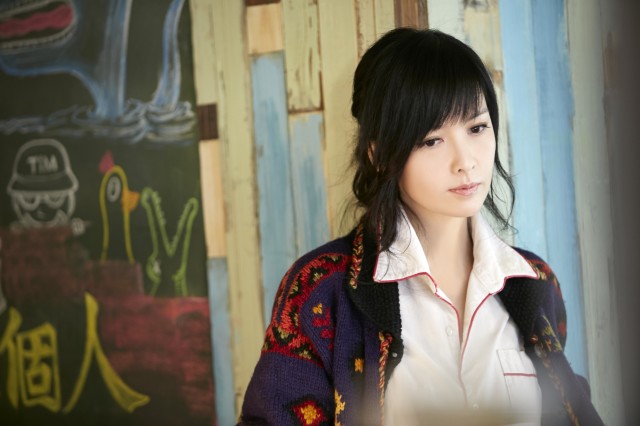 While Si-ying originally applies for a job at the café because of Ze-Yu, whom she sees hanging at the café a lot, it’s there that she first meets A-Tuo (Bruce – that’s all the actor goes by). A-tuo is quite the college legend, known for his silly antics – he dons a bikini and carries a cabbage wherever he goes – and, as such, Si-ying isn’t too taken by him at first. However, after a while, she starts spending more time with him, and the rest is well… let’s just say it’s not too surprising. 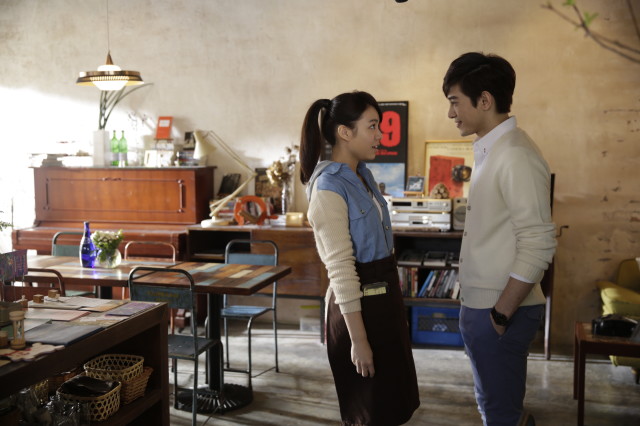 The film is rounded out by a bunch of wacky supporting characters, such as Si-ying’s roommate, who constantly smashes bricks to her head; and Brother Bao, a former actor in gangster movies, who’s now A-Tuo’s boss at a restaurant. 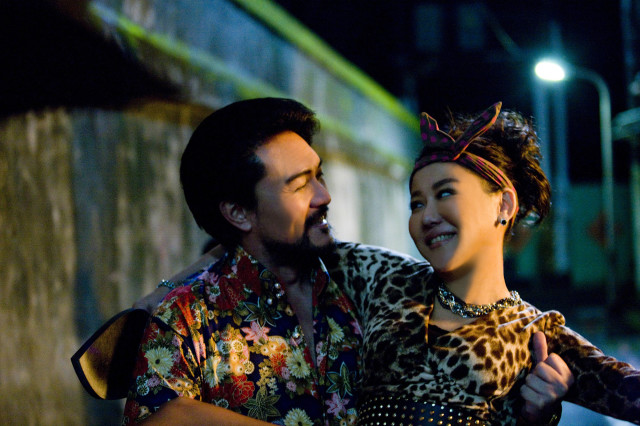 Café. Waiting. Love is no slouch in the laughs department, but the laughs do come at the expense of any depth, or feeling, in the film. Café. Waiting. Love is less the sum of its parts, and needs to be enjoyed – if at all – as such. The film is peppered by filler scenes which are likely to provoke laughter, but these scenes hardly add up to anything meaningful, and do not advance the plot in meaningful ways. 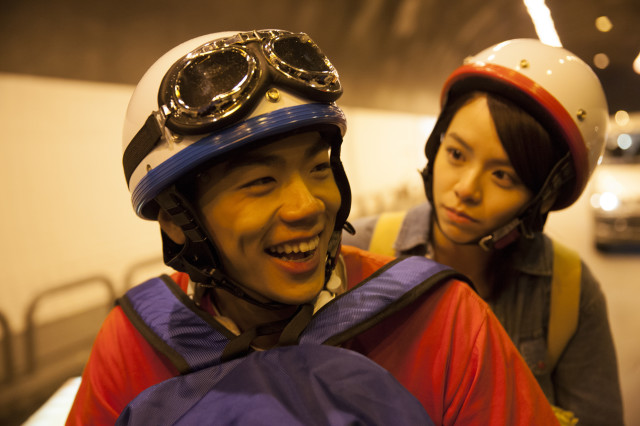 It’s a pity that the film is too obsessed with its own zaniness and silliness to take its central romance(s) seriously. The relationships in the film are so thinly developed that the romance(s) in the film hardly feel convincing, or worthy of any sort of emotional investment, and this actually handicaps the twist that comes later on in the film. 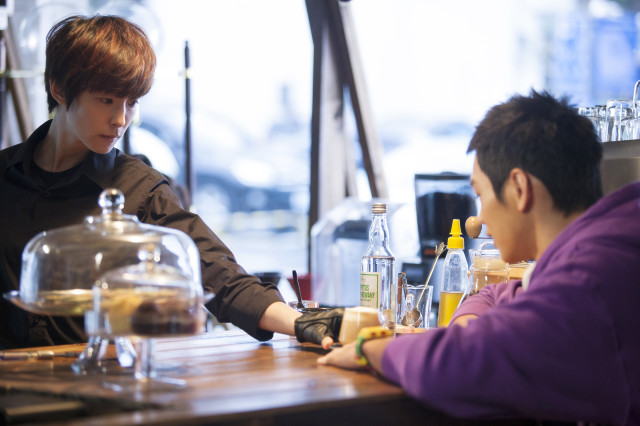 While You Are The Apple Of My Eye was quite the laugh-riot as well, it didn’t compromise where its characters were concerned. They felt grounded in some kind of truth, and came across as… human. The characters that populate Café. Waiting. Love’s world, however, come across as less human and more comic cut-out. 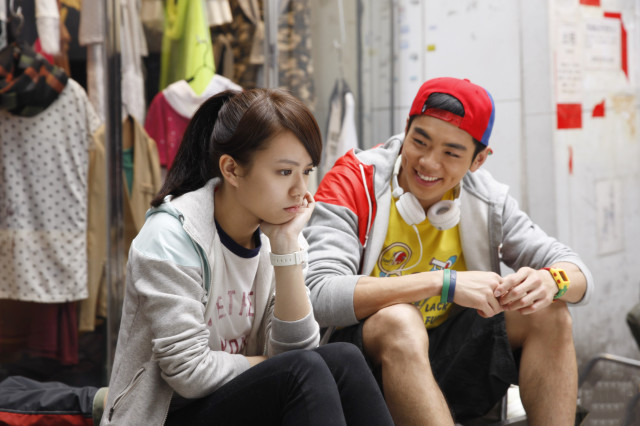 Really, though, if you can just take the laughs as they come and not focus on the big picture (which is tough for us, we admit), the inanities and silliness of the film might just win you over.

Summary: Not as emotionally resonant as its more grounded predecessor, Café. Waiting. Love scores as a comedy, but not so much as a romantic film.