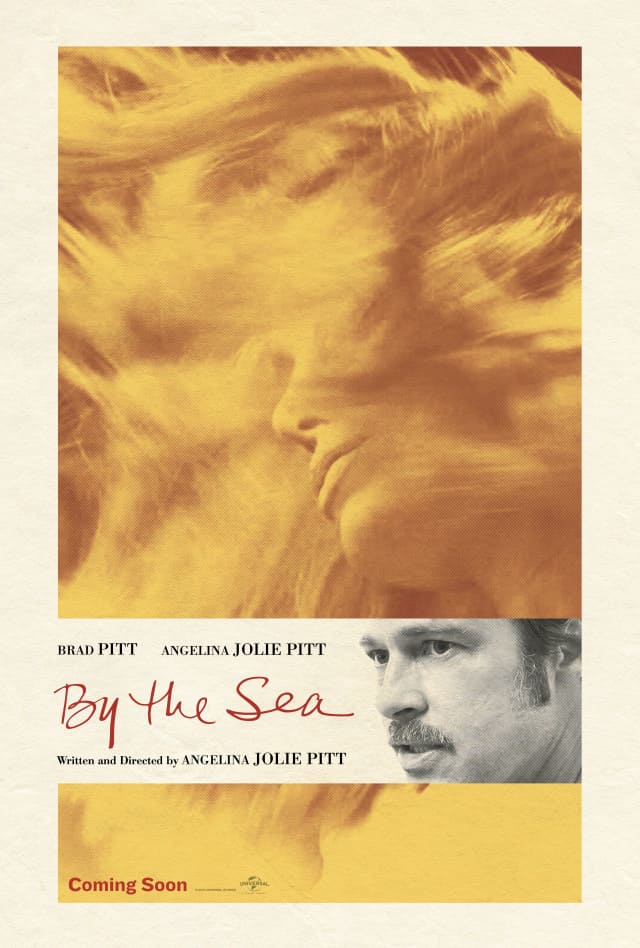 Brangelina are back together on the big screen for the first time in ten years, after continuously teasing – or threatening, depending on your point of view – the possibility of doing a movie as a couple again. Alas, it’s not Mr. & Mrs. Smith 2: Little Smiths, but a romantic drama instead. It is the mid-1970s, and Roland (Pitt) and his wife Vanessa (Jolie) are holidaying in a French seaside town. Roland is a struggling writer and Vanessa is a former dancer. After 14 years of marriage, the couple have grown apart. In the hotel room next to theirs, newlyweds Francois (Poupaud) and Lea (Laurent) are having their honeymoon. Vanessa becomes envious of their wedded bliss as both she and Roland become increasingly frustrated with each other, unable to work things out. The fairy-tale setting’s there; now all they need is that happily-ever-after. 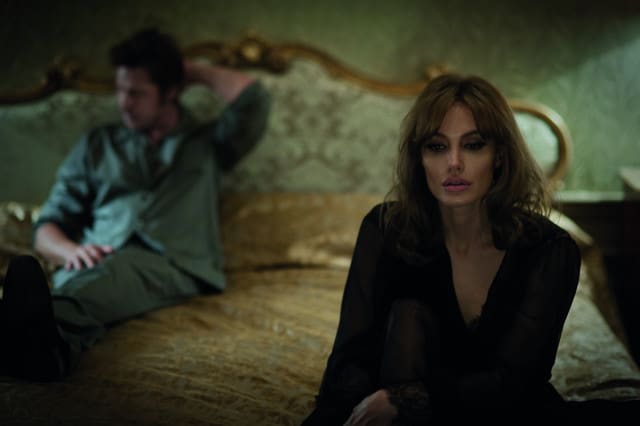 Jolie is By The Sea’s writer and director and, alongside her husband, its star. There’s no point denying this isn’t a vanity project; it’s pretty much the dictionary definition of one. The foremost task any vanity project has to accomplish is that of convincing the audience that there’s a point or at least some semblance of value to the enterprise beyond a vigorous ego massage. There’s not even the faintest attempt at such justification here. The film has already been roundly savaged by critics, so excuse us for picking at its carcass. Jolie and Pitt are movie stars and, where movie stars go, their egos are wont to follow. An ego is not necessarily a bad thing; some might say it’s an integral ingredient in the “star quality” cocktail. What Jolie and Pitt have done here is assume that the very notion of the two of them on screen is enough to send audiences into a tizzy, and that there doesn’t need to be anything more than that. It’s ShamWow levels of self-absorption.

Yes, By The Sea is pretty to look at. Then again, most people would like to have Christian Berger or a cinematographer of his calibre film their honeymoon in Malta as a keepsake if given a chance. Then again, most people wouldn’t foist it upon the movie-going public under the assumption that anyone other than themselves would want to watch it. There’s a good deal of style, with Jolie going for a ’70s-type laid-back romance vibe. The climate may be Mediterranean, but the pace is glacial, with very little actually happening over the course of the film’s 132-minute duration. There is meant to be a sense of mystery as to why exactly Roland and Vanessa are so unhappy, with fleeting, initially indiscernible flashes serving as clues to what that is. When the root of the couple’s discontent is finally revealed, it comes across as little more than contrived and clichéd. 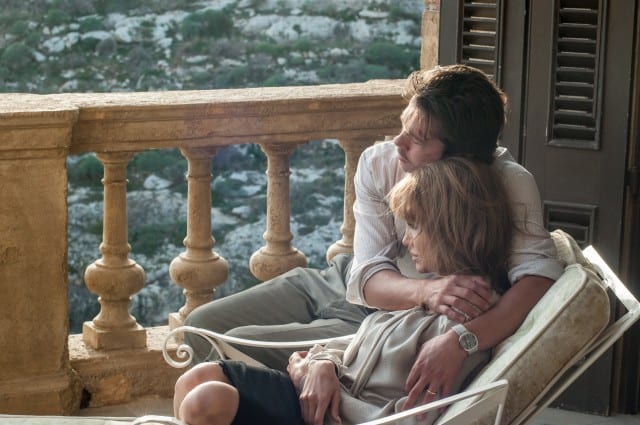 Both Jolie and Pitt are talented and have delivered entertaining performances before, but their delusions of arthouse-ness do them no favours. When we first meet these characters, they’re charmless, and they pretty much stay that way right up until just before the very end, maybe. In her third film as director, Jolie has yet to find a distinct voice. That wild-child streak, the fiery unpredictability and the brazen sexuality – qualities that made her such a magnet for fascination in the beginning of her career – are all but absent here. We have to make do with traces of it. The frank nudity in the film, including from Jolie, appears to be an attempt at honesty and intimacy, embracing a more European sensibility instead of mass-market Hollywood prudishness, but it is largely superficial. With the sun-hats and the sunglasses, Jolie does pull off the classic Sophia Loren thing. There’s the feeling that this would work a lot better as a photo spread in a magazine than with any attempt at a plot tacked onto it.

Jolie and Pitt leave little room for the supporting players, but they aren’t bad. Poupaud and Laurent are the frisky younger couple, whom Vanessa and Roland voyeuristically observe through a peep-hole in the wall of their room. It’s a decent idea, one of a yearning for blissful days past, but because there’s so little to Roland and Vanessa and even less to Francois and Lea, it’s difficult to be affected by the sentiment. There are traits of an erotic thriller creeping into the film at times but, in Jolie’s attempt to be as tastefully arty as possible in the film’s depiction of sex, the film avoids straight-up appealing to any base instincts. Veteran French actor Niels Arestrup is wholly believable as Michel, the aging restaurant proprietor who is mourning the recent death of his wife, but his dialogue contains little more than vague aphorisms about marriage.

By The Sea may boast the wattage of a Hollywood mega-star couple and it might have an air of class about it, but when it comes down to it, this film is a great deal like those Adam Sandler movies that he’s admitted are basically paid vacations. Believe it or not, Jolie and Pitt were not the only things that made Mr. & Mrs. Smith enjoyable. It was a tongue-in-cheek action comedy that was buoyed by their undeniable chemistry and boosted by the swirling rumours of romance on the set – rumours that were soon confirmed. Ten years on, now that the pair are officially married, it’s not scandalous or even particularly romantic, just moderately aggravating. It’s odd, but seeing Jolie and Pitt in a relationship that has lost most of its spark is even more cloying and cringe-inducing than seeing them all lovey-dovey.

Summary: Spectacularly self-indulgent and utterly pointless, By The Sea is ample proof that a real-life relationship alone is a very flimsy foundation on which to build a romantic movie.