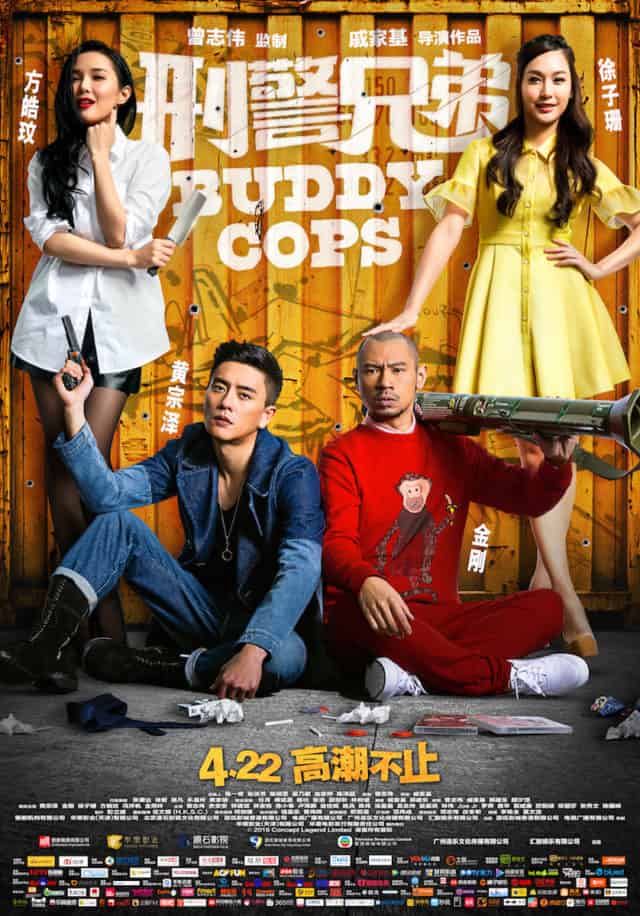 When you think of a buddy cop film, a policeman duo with unlikely chemistry usually comes to mind. In most cases, the pair of law enforcers is tasked to solve a crime, and hilarious hijinks ensue. Buddy Cops, directed by Peter Chik and starring TVB regulars like Bosco Wong, copies the formula dutifully, but is ultimately a buddy cop film only in name, but not in spirit.
At the plot’s core are two cops, Fei (Wong) and Johnny (King Kong Lee), who couldn’t be any more different. One’s a stubborn hot-headed horndog, the other’s a mild-mannered, domesticated mummy’s boy. They get paired together to solve the murder of Fei’s friend.  Not only are they a clash of personalities at work; their lives also intersect in uncanny ways when Fei’s father and Johnny’s mother fall in love and gets married. 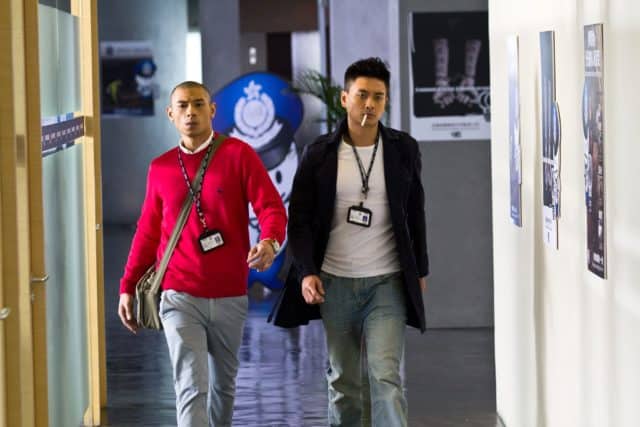 That’s the main gimmick that drives the film’s appeal, but despite the promising-sounding premise, Fei and Johnny’s odd-couple antics hold little charm. Taiwanese comedian King Kong Lee struggles with his part, and overdoes his character’s effeminacy. An effeminate character would have been a great fit here, yet Lee’s acting feels so forced, it almost seems as if he’s trying to mock the stereotype. Besides Wong and King Kong, the film also boasts a talented cast including Stanley Fung, Elaine Jin and Eric Tsang, and they give it their all. But there’s hardly anything in the script that allows them to shine. 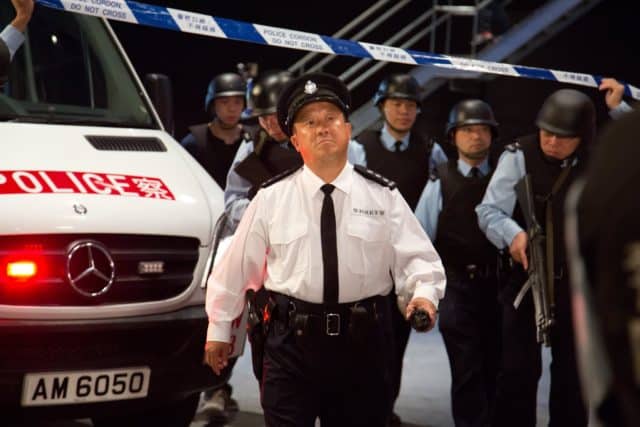 Chik dials up the over the top-ness, as is par for the course for many Hong Kong comedies these days. Still, nothing in the film offers the liberating zaniness of the “mo lei tau” films the country is famous for. There is no real spontaneity, no real creativity, just a lot of cheap – sometimes mean-spirited – punchlines. Take for instance how the film tries to milk laughs out of a buck-toothed girl (Kate Tsui). Tsui is made to stick her tooth out and talk weird throughout the course of the movie, because that’s what Chik thinks qualifies as funny.  Her character’s only role is to fall in love with Johnny, the latter horrified by her, because it’s so unimaginable for someone to fall in love with a person with slightly unusual physical features! 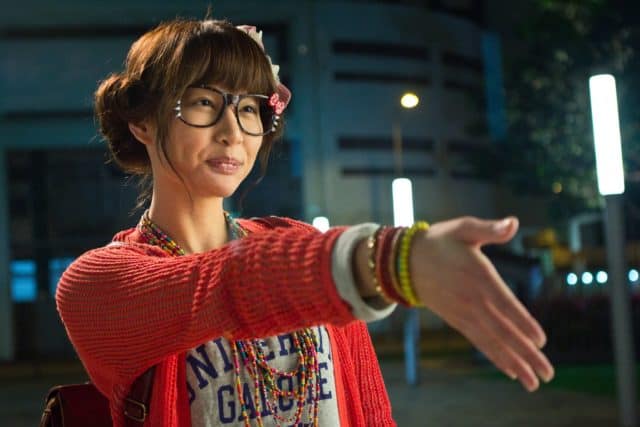 There are so many other instances of lazy “humour” in the film I had to actively will myself not to get annoyed. In an utterly superfluous scene, Johnny is jerking off (under the blanket), and gets walked in on by his stepdad. Nonchalant, his stepdad waves it off and walks away, but Johnny runs away and cries a river. If that doesn’t sound funny, it’s because it isn’t. I’m no prude – I enjoy a good sex-related gag – but there’s little here but lousy slapstick. 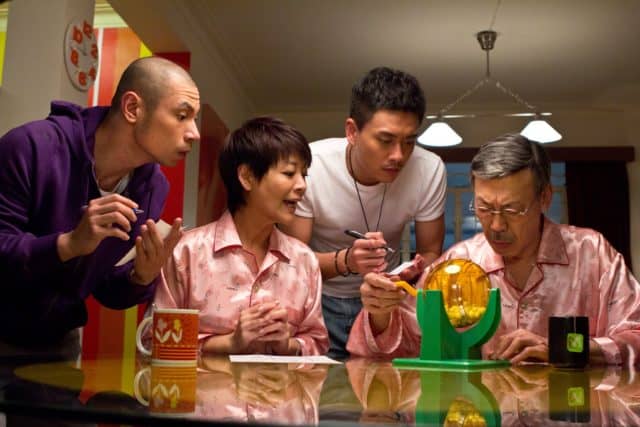 The film may try to pass off as an outrageous comedy, but that’s no excuse for a plot that makes little sense. And laughs have to be earned; Chik has the condescending notion that people would find the exaggerated behaviour of a bunch of offensive caricatures (deranged sexpot, heartless horndog, etc.) funny. Even with the actors hamming it up as much as they can, their efforts are, ultimately, all in service of a cruel, ugly film.

Summary: An unfunny and mean-spirited film with an extremely flimsy plot.