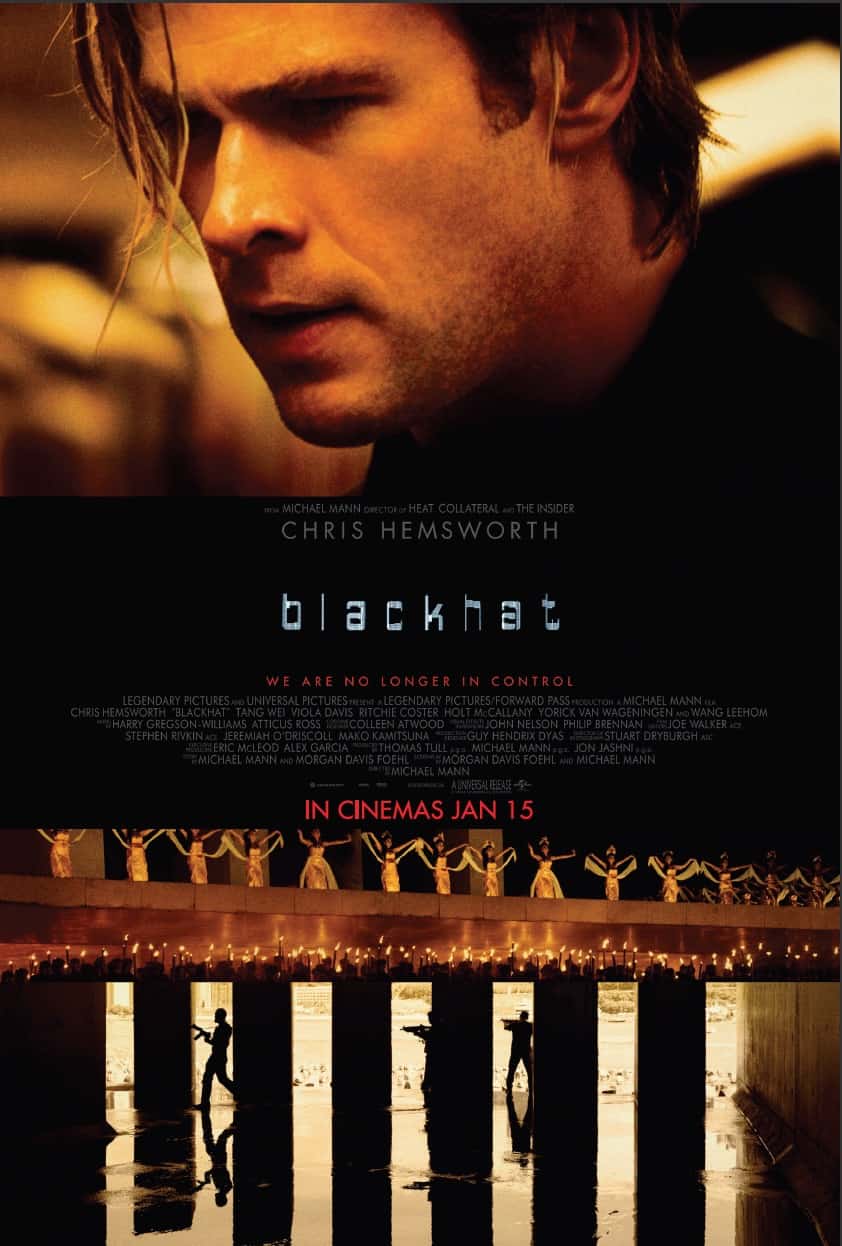 Following the scandalous, crippling hack of Sony Pictures Entertainment, cybercrime is back at the forefront of public consciousness. Director Michael Mann brings us Blackhat, purporting itself to be a techno-thriller for a post-Snowden world. A cyber-attack sabotages a Chinese nuclear power plant, causing a catastrophic meltdown. Chinese cyber-security expert Captain Chen Dawai (Wang) concludes that in order to catch the perpetrator, Chinese and American authorities must call on the expertise of convicted hacker Nicholas Hathaway (Hemsworth). Chen, alongside his sister Lien (Tang) and FBI Special Agent Carol Barrett (Davis) cross the globe in pursuit of the cybercrime syndicate responsible, travelling from Chicago to Los Angeles to Hong Kong to Jakarta. 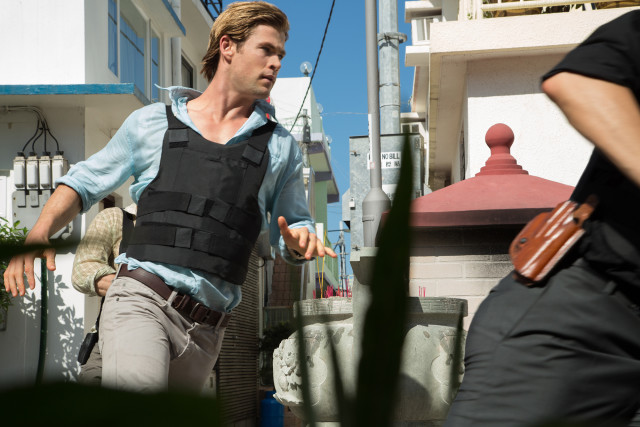 Cybercrime, a globe-trotting hunt, a furloughed convict aiding the authorities, geopolitics – it all sounds pretty exciting. Therefore, it’s a shame that Blackhat ends up being pretty dull. It’s not a poorly-made film, just a boring one. Even with the requisite shootouts and chases, Blackhat never fully grabs hold of the audience. There are some surprises, even a few thrills, but each step forward in the plot feels merely perfunctory. Techno-thrillers are an interesting genre because those films often feel really dated really quickly and are mocked for their Hollywood-ised depiction of hacking – try sitting through Hackers or The Net with a straight face. It is after watching Blackhat that we realise a “realistic hacking movie” just isn’t all that entertaining a proposition, and this is something that should’ve been a foregone conclusion.

Hemsworth isn’t exactly believable as a hacker – we get that the film wants to step away from the image of the hoodie-clad teenager with thick coke-bottle glasses but Hemsworth never quite sells it. Part of the appeal of his portrayal of Thor in the Marvel Cinematic Universe is that he’s not the brightest of the Avengers, which only seems fair because he has, arguably, the most impressive physique. Call us insecure, but we refuse to believe anyone would have the brains to go with all that brawn. 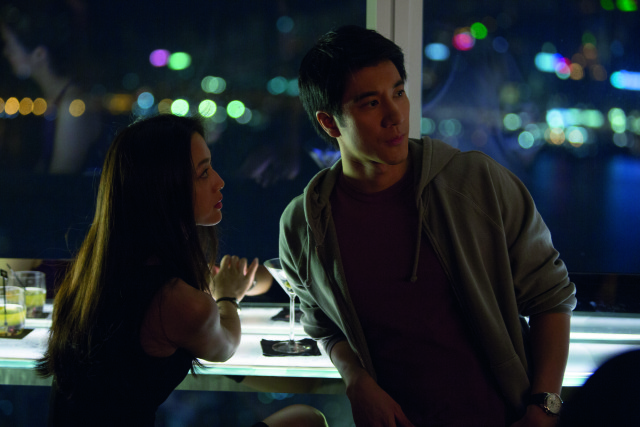 One thing the film has going for it is the Asian characters do not feel forced into the story in an obvious bid for international appeal *ahem*Transformers: Age of Extinction*ahem*. They are integral to the plot and are not depicted in a stereotypical manner. Wang Leehom acquits himself reasonably well and we’d be all for American audiences becoming familiar with his handsome mug. Tang Wei struggles more, her line delivery rather stilted. There’s a forced romantic subplot between her character and Chris Hemsworth’s, which feels all the more unnecessary because they have practically no chemistry together. Viola Davis is the same no-nonsense boss lady she usually portrays. Singaporeans might get a kick out of seeing a well-known local actor in a minor supporting role.

In addition to being middle-of-the-road all the way through, Blackhat just isn’t that pretty of a film to look at either. Michael Mann has drawn flack for shooting in the digital format with sometimes cheap-looking results and there certainly is no shortage of noise-filled night scenes in Blackhat. Mann also favours handheld close-up shots, which can be slightly nausea-inducing. During a brawl in a restaurant, the film goes into full-on shaky-cam mode, standing in stark contrast to some pleasant sweeping aerial establishing shots.

This reviewer was looking forward to Blackhat and was puzzled to find out it had been given a January release date, since it didn’t quite look dump month-worthy. Now, he has a bit of an idea why. There is a novelty factor in seeing Southeast Asian locales featured so prominently in a Hollywood flick and unlike many films where hacking is tantamount to sorcery, Blackhat never lapses into the realm of the all-out ridiculous. However, coming from the acclaimed director of The Last of the Mohicans, The Insider, Heat and Collateral, Blackhat is a let-down, continuing Mann’s disappointing streak, seeing as how Miami Vice and Public Enemies weren’t great either. At least “Blackhat” works a lot better than the movie’s working title “Cyber”. 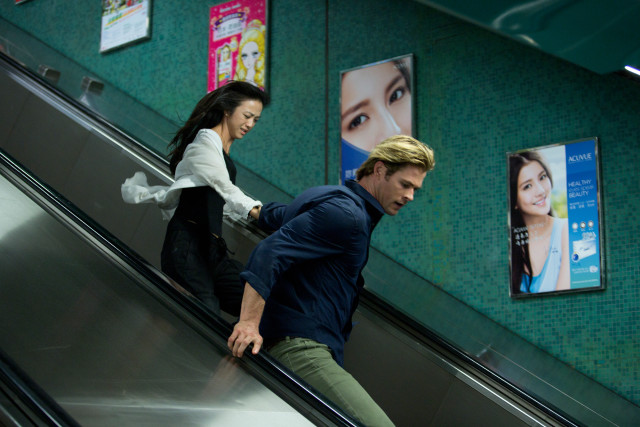 Summary: It could’ve been a breathless, high-stakes chase across continents but instead, Blackhat is plodding, boilerplate and decidedly average.