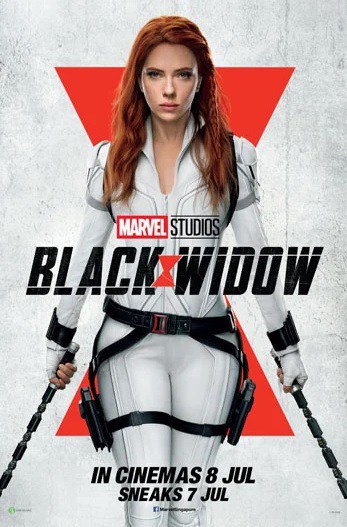 The Low-Down: Marvel Cinematic Universe (MCU) movies have become an expected feature of the theatrical release calendar, and 2020 was the first year since 2009 in which none were released in cinemas. While the MCU is branching out on Disney+, it’s good to hear the Marvel Studios logo fanfare in a cinema again. After multiple delays, Black Widow finally arrives. 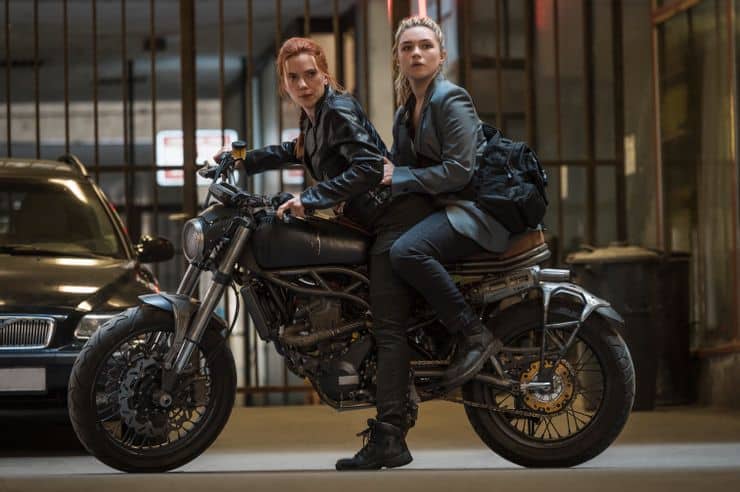 The Story: Set right after the events of Captain America: Civil War, Natasha Romanoff/Black Widow (Scarlett Johansson) is a fugitive from the authorities. While attempting to keep a low profile, she crosses paths with Yelena Belova (Florence Pugh), a sister figure who has undergone similar training. The duo eventually reunites with Alexei Shostakov/Red Guardian (David Harbour) and Melina Vostokoff (Rachel Weisz) – years ago, the four Russians posed as a family, undercover in rural Ohio. Now, they must work to dismantle the Red Room program run by the ruthless Dreykov (Ray Winstone), and attempt to free the brainwashed women whom Dreykov is conditioning to be the next generation of deadly operatives, known as ‘Widows’. Dreykov’s secret weapon, the enigmatic Taskmaster, is a Terminator-like assassin who can mimic the moves of any combatant he studies. Natasha, who has spent her whole life running from her past, must confront it, finally gaining a degree of closure.

The Good: The Black Widow character is long overdue for a solo movie, something that’s been floated since even before the character’s MCU debut in 2010’s Iron Man 2, with a Black Widow movie announced as early as 2004. Scarlett Johansson has never been given a great deal to sink her teeth into with the character, and the preceding MCU films have offered little more than tantalising hints at the character’s dark backstory of being trained and brainwashed from childhood into the perfect killing machine. This is a movie that is interested in its characters, and director Cate Shortland excels at scenes in which people are talking to each other, hashing out unresolved tension. There is a stylishness to the proceedings and a touch of spy movie flair. Several action sequences are entertaining, and the violence seems more brutal, impactful and immediate than in many other MCU films, perhaps pushing the PG13 rating a bit.

The Not-So-Good: By now, we’re used to hearing criticisms of the MCU movies being formulaic. Unfortunately, despite a few stylistic touches, Black Widow still often feels like it’s rolled off the Marvel Studios production line. The pacing of the movie is very much “dialogue scene, action scene, dialogue scene, action scene,” in a way that feels very dutiful. There is an attempt to balance the character stuff with the superhero stuff, and it’s not quite as effortless as it should be.

The big climactic action sequence is stuffed with CGI, and by then it can’t help but feel like the movie is on autopilot. The action sequences in Black Widow and indeed in most other MCU movies are technically proficient, but it seems there are only so many ways a vehicle can flip over. It’s a bit of an open secret that MCU action scenes are mostly handled by a separate team, and some directors are better at making everything fit together than others, so the movie sometimes feels a bit disjointed. The curse of the mediocre villain strikes again – while Taskmaster’s mimicry gimmick is initially interesting, there’s just not a lot to him, and the dynamic of Taskmaster being the heavy and Dreykov as the puppet master is efficient but overly familiar.

Fighting with my family: The best parts of Black Widow are when the makeshift family of Natasha, Yelena, Alexei and Melina are spending time together. There are bits of the movie that even feel like The Incredibles. The way Natasha views the arrangement as a sham, whereas Yelena still has an emotional attachment to it, is an excellent approach to this setup. The new additions to the cast are all excellent, with rising star Pugh positioning herself in just the right MCU role. Her interactions with Johansson really feel like two sisters bickering, and there’s a believable chemistry between them, conveying the sense of two people making up for lost time. 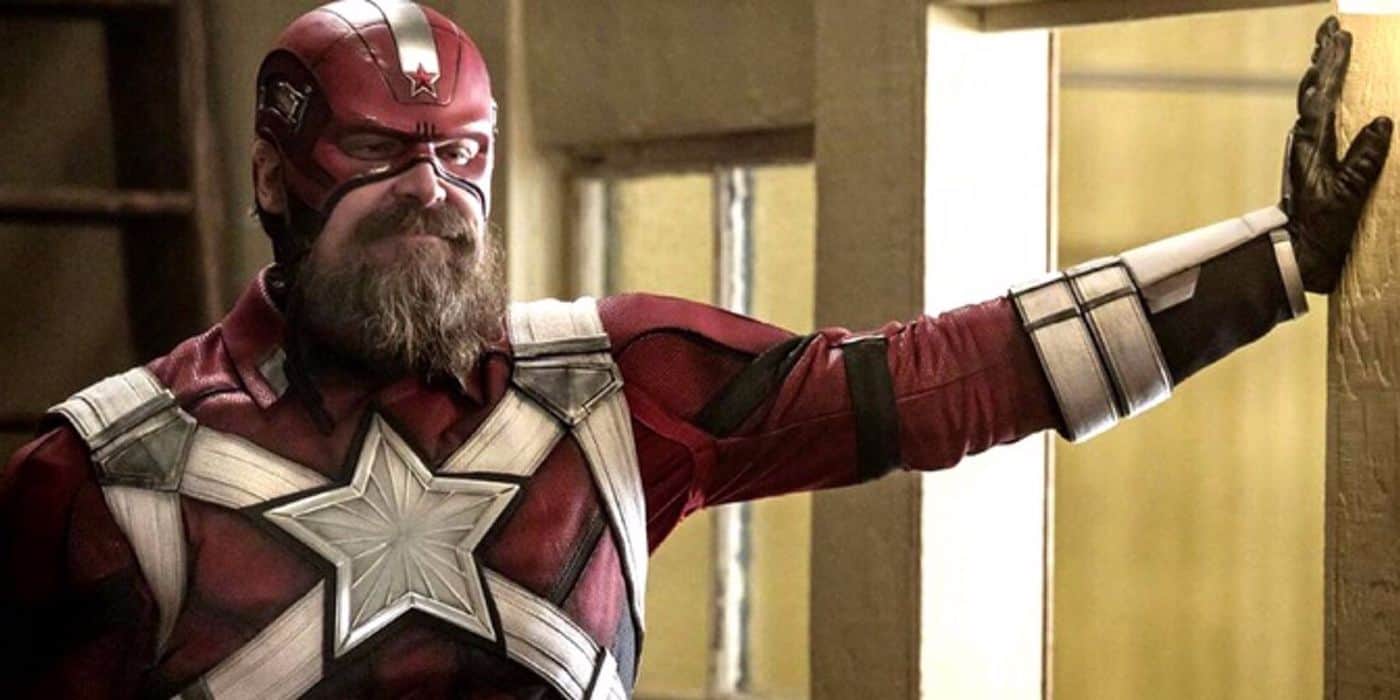 David Harbour steals the show with a warm, loveable performance as Russia’s very own super soldier. He brings a great deal of dad energy to the proceedings and looks to be having a great time. Weisz is a lower-key, dignified presence, even if Melina is not an especially interesting character as written.

Recommended? Yes. It’s not the best the MCU has to offer, but the long-awaited Black Widow movie is still entertaining, and benefits from being slightly darker than the average MCU movie.