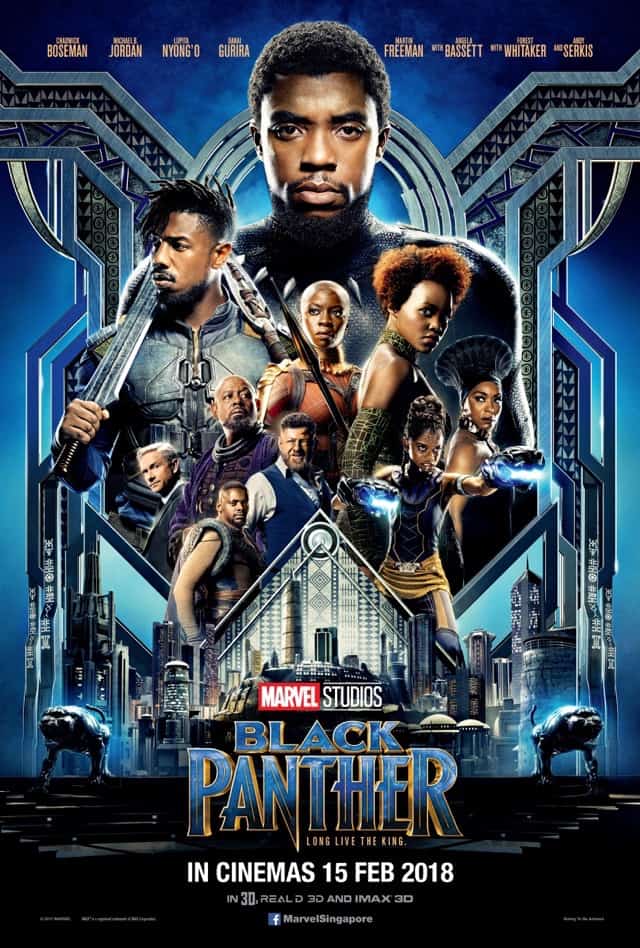 Superhero movies never get a fair shake. There’s always been an invisible – but undeniable – whiff of critical disdain attached to films revolving around people with superhuman abilities. More often than not, these films are viewed (and assessed) as popcorn entertainment: good fun, but not objectively good. Even the best examples of the genre are rarely, if ever, taken seriously by critics or award shows. But all that is set to change with Black Panther – a bold, brilliant blockbuster teeming with ideas, characters and messages that will make your soul take flight. For once, it’s no exaggeration to say that you’ve never seen or experienced anything like this before.

The film gets off to a somewhat sedate start, as we’re re-introduced to T’Challa (Chadwick Boseman), the freshly crowned King of Wakanda who is also infused with the ancestral powers of his nation’s panther god. Writer-director Ryan Coogler takes his time in introducing us to all the key players in the film’s first act, from the most important members of T’Challa’s royal court to the rites, rituals and rigidity of Wakanda itself. 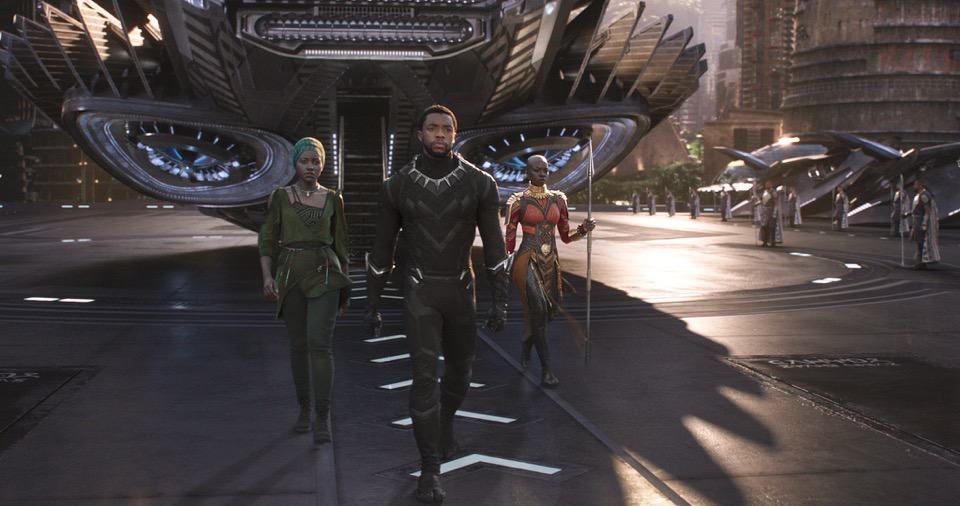 It’s never boring, but Black Panther does linger in a minor key for a while. You might find yourself wondering just where the film is going, as T’Challa deals with a challenge to his authority from within Wakanda’s five tribes. It can be hard to imagine, too, just what the film wants to say when T’Challa – who could easily delegate the responsibility – takes it upon himself to personally hunt down dastardly arms dealer Ulysses Klaue (Andy Serkis) in order to retrieve a stolen artifact made of Wakanda’s most precious natural resource, vibranium. 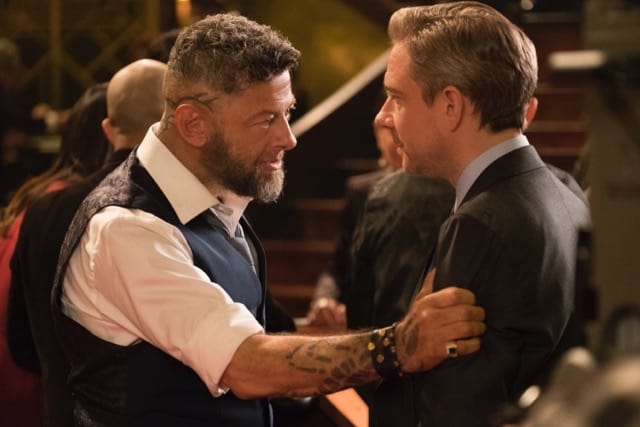 But put your trust in Coogler – he’s certainly earned it with his masterful blending of tension, character and story in his previous two films, Fruitvale Station and Creed. As Black Panther unfolds, everything starts to make a whole lot of sense, in dramatic, emotional and narrative terms. Suddenly, we’re not just witnessing the growing pains of a new king. As it turns out, Black Panther is, for its titular character, an existential odyssey: as he fights for his nation’s survival, T’Challa must also grapple with the choices (and sins) of his ancestors, deciding whether to embrace or reject them. 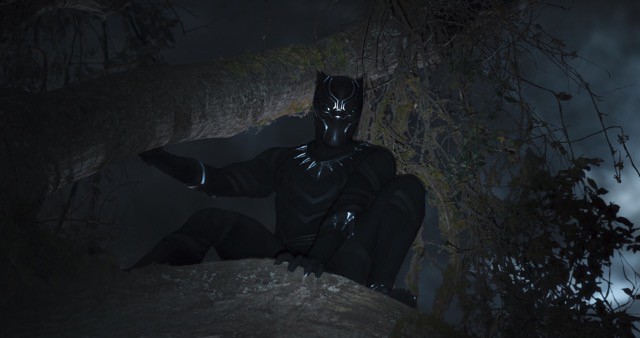 Most significantly, Black Panther uses its blockbuster platform to examine complex issues such as racism and colonialism in thoughtful, intimate ways. The fiction of Wakanda – a hyper-evolved African nation that has kept its technological advances a secret from the rest of the world for centuries – allows Coogler to hold up a mirror to the facts of the world in which we live. In quite unprecedented fashion, we are presented with a host of proud, brave, indomitable African warriors who have lived their lives free of the horrors of slavery and institutionalised racism. Just as Wonder Woman gave little girls the world over a hero in their own image, Black Panther will do the same for generations of black children who have never before seen themselves represented on screen. 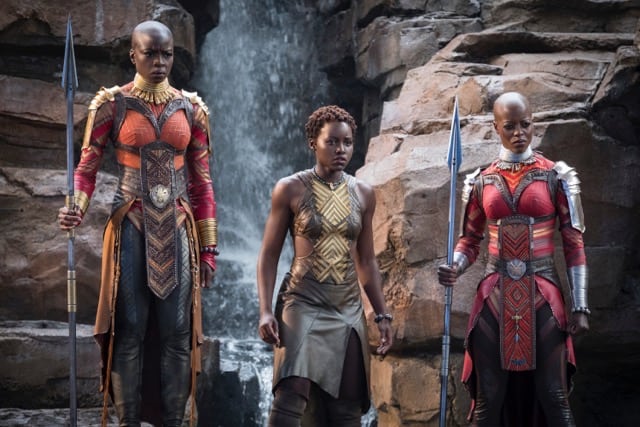 If that sounds impossibly weighty and grim, don’t worry. Coogler’s script, co-written with Joe Robert Cole, is far from preachy. There may be a hint or two of hand-wringing melodrama to T’Challa’s central dilemma – should Wakanda venture out into the world and lead by example? – but it’s cleverly off-set by the depths of darkness and despair written into T’Challa’s nemesis: Erik ‘Killmonger’ Stevens (Michael B. Jordan). Shaped by the very different circumstances of their lives, one man turns towards the light, and the other away from it – and yet, neither man falls simply into the black-and-white categories of ‘hero’ or ‘villain’. Somehow, Coogler shades centuries of history and hope into the conflict at the heart of their troubled relationship. 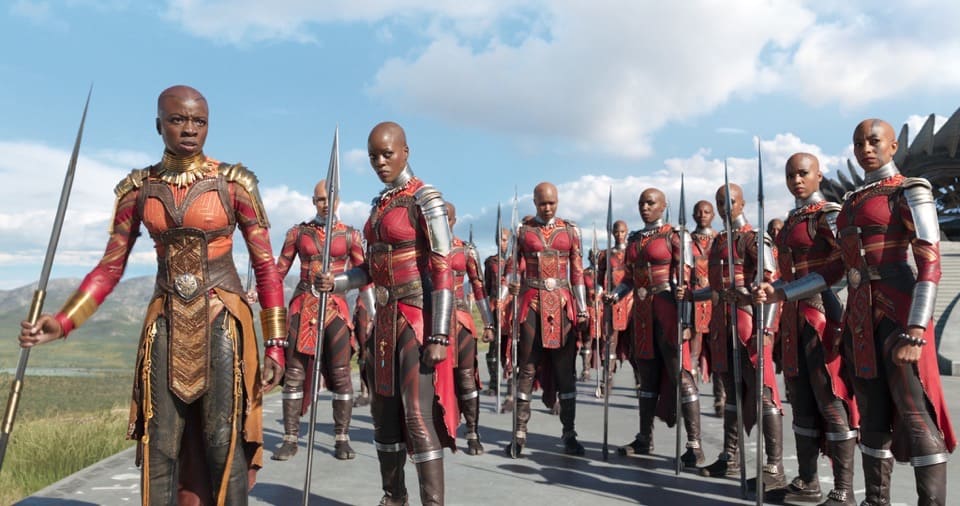 Black Panther is no slouch, either, when it comes to turning up the heat in terms of action and spectacle. There’s a jaw-dropping car chase through the neon-washed streets of Busan that’s easily one of the most exhilarating scenes you’ll see all year. Fight scenes are pulled off with remarkable flair, particularly when it comes to the swift military precision of the Dora Milaje – an incredibly cool, all-female special forces unit devoted to the protection of Wakanda’s monarch. Wakanda itself is an eye-popping fantasy scape: a heady blend of futuristic elements and African traditons, colours and music. 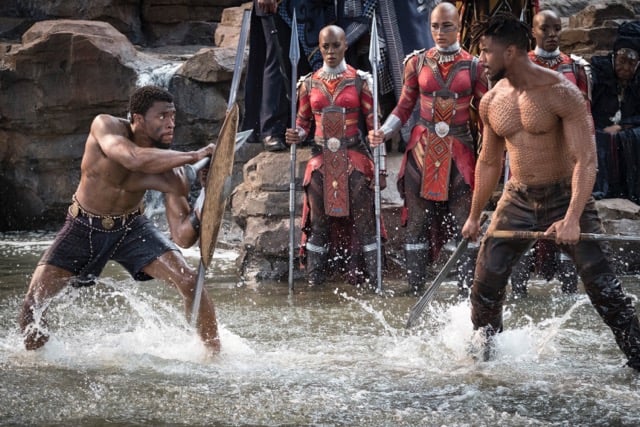 Leading the film’s top-notch ensemble, Boseman is the film’s quiet backbone: an invaluable presence and the reason everything holds together at all. He shares an electric chemistry with Jordan, who blends swagger, menace and pathos in creating the Marvel Cinematic Universe’s most complex, nuanced and sympathetic antagonist to date.

Fantastic as the two leading men, however, they’re not the breakout stars of the film. That honour belongs to a trio of female characters – each one given depth, layers and a fierce, real on-screen presence that’s still rare enough that they shouldn’t be taken for granted. Lupita Nyong’o injects strength and steel into her portrayal of Nakia – a former and future love interest for T’Challa who manages to be interesting in her own right. The Walking Dead’s Danai Gurira is a force to be reckoned with as Okoye, the righteous leader of the Dora Milaje; while Letitia Wright’s Shuri – T’Challla’s younger sister who also happens to be Wakanda’s premier scientist – waltzes away with every scene in which she appears. 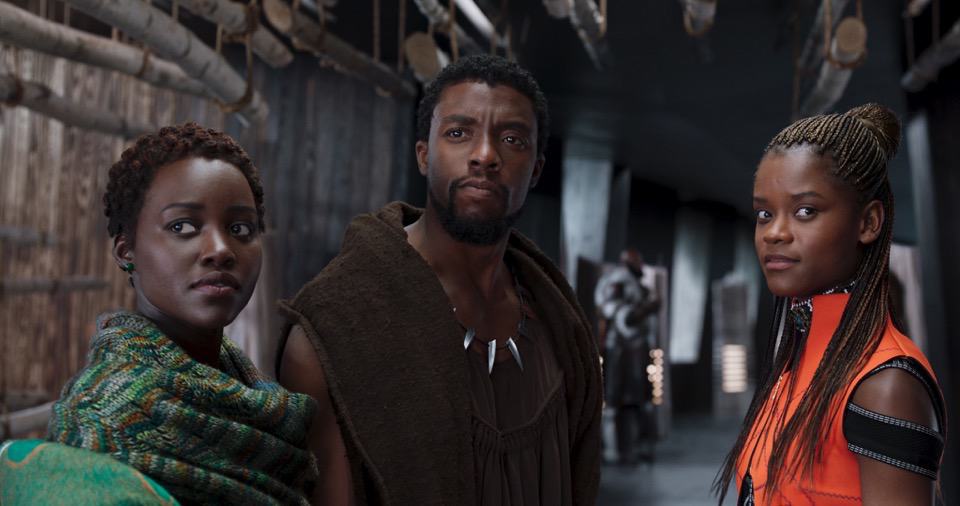 It may come as a surprise to some that Marvel’s latest superhero blockbuster tackles issues of race, representation and discrimination in so bold and unflinching a manner. And yet, fans of the comic books that have inspired Marvel’s entire slate of films would say: it’s about time. In the way it embraces its story and heritage, in the way its heroes are presented, and in the way its message will inspire and empower generations to come, Black Panther matters. And it cannot – and will not – be ignored.

Basically: This may be Marvel’s 18th film, but it feels like the studio is just getting started. Brave and brilliant, this superhero movie is like nothing you’ve ever seen before.