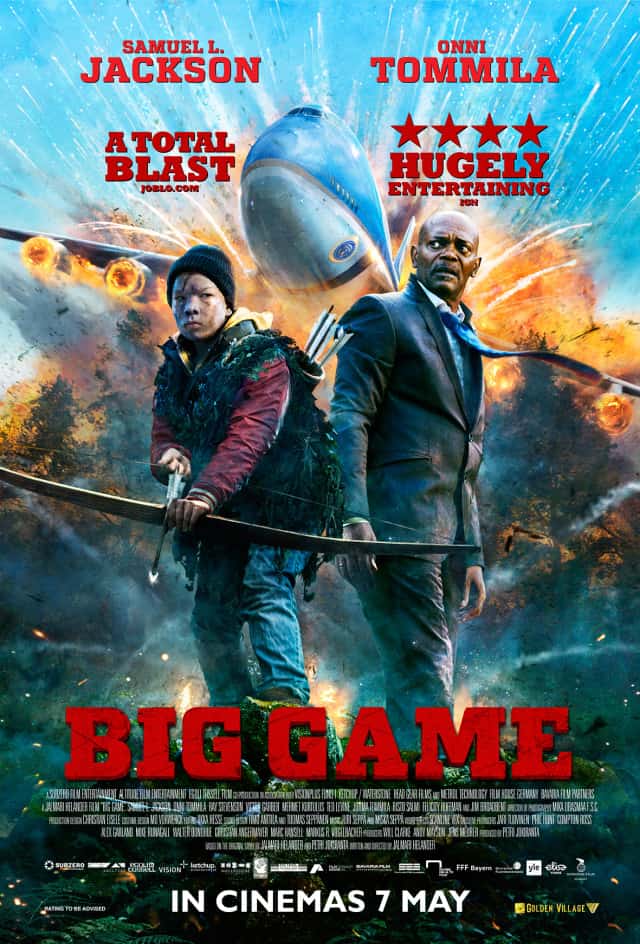 You know what they say: “go big or go home”. In this Finnish action adventure film, 13-year-old Oskari (Tommila) feels the pressure of having to “go big”, seeing as his father Tapio (Jorma Tommila) is the best hunter in the village. While on a coming-of-age hunting mission, Oskari comes across an unexpected quarry: President of the United States William Moore (Jackson). It turns out that Air Force One has been shot down over the Finnish forest and the President’s escape pod has landed in Oskari’s neck of the woods. The President is being pursued by traitorous Secret Service agent Morris (Stevenson), who has partnered up with wealthy psychopath Hazar (Kurtulus) to hunt him down. President Moore must rely on Oskari for guidance and protection in the wilderness, while the Vice President (Garber), CIA Director (Huffman) and counter-terror consultant Herbert (Broadbent) figure out how to deal with the situation back at the Pentagon. 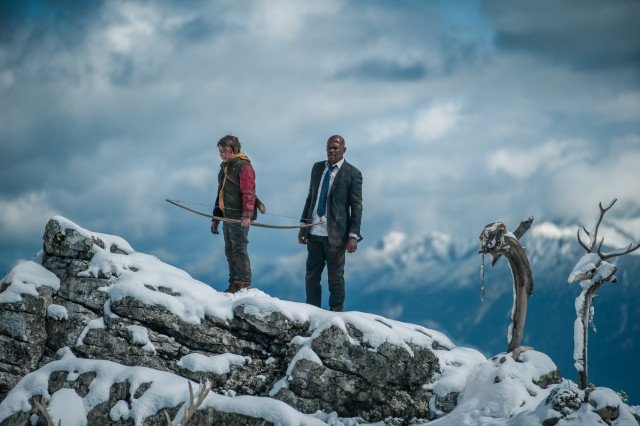 Big Game is written and directed by Finnish filmmaker Jalmari Helander, famous for his Christmas horror-comedy flick Rare Exports. This feels every bit like it was made by a foreigner who grew up loving Hollywood action flicks and this element infuses Big Game with an irresistible charm. It homages 80s action movies and has an authentic “boy’s own adventure” vibe to it. This reviewer has a soft spot for adventure flicks in which kids are the heroes, films like E.T.: The Extra-terrestrial, The Goonies, Monster Squad and more recently Super 8. Big Game takes that and mashes it up with Die Hard or Air Force One and the end result is thoroughly grin-inducing. 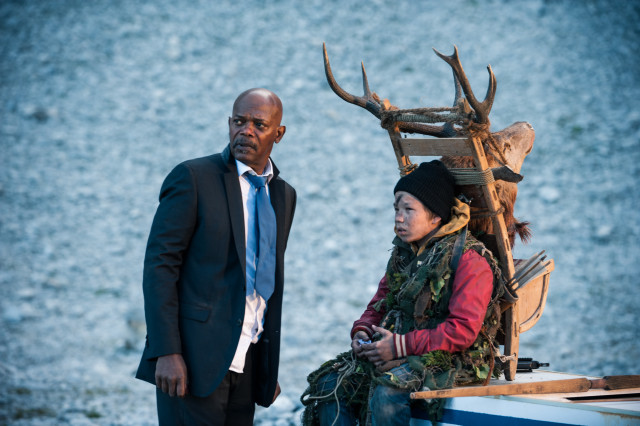 With its €8.5 million budget, Big Game is the most expensive Finnish film ever made and it certainly looks it. There is an overabundance of sweeping establishing shots of the Alps, standing in for the Finnish Lapland, and the big visual effects sequences, mostly furnished by Scanline VFX, are very well done. The CGI exterior shots of Air Force One look as good as in any major blockbuster and it’s clear that Helander intends for this movie to be his calling card when he inevitably breaks into Hollywood. While the film has its tongue very firmly planted in its cheek and is peppered with really funny moments, it doesn’t feel like obnoxious self-parody and its acknowledgement of action movie tropes is earnest and affectionate. 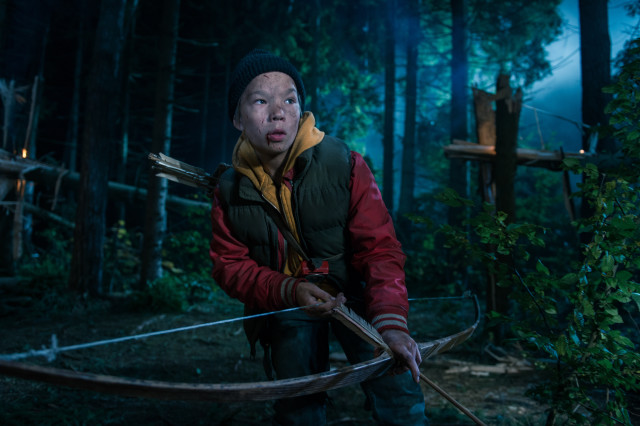 Samuel L. Jackson may have top billing, but it’s Onni Tommila who is the true star of the show. He makes full use of the incredible opportunity to play opposite a prolific Hollywood actor and is excellent as the underdog hunter kid Oskari. Tommila’s real-life father Jorma plays his dad here; Helander previously directed the father-son pair in Rare Exports. There is a great little scene in which Oskari imagines killing and cutting the heart out of a bear. It’s a goofy moment that’s played so wonderfully by Tommila and that very effectively conveys to the audience what this character’s hopes and dreams are. It’s also telling that instead of leaping into an opening action scene, Helander spends a fair bit of time setting up the coming-of-age hunting mission and the relationship between Oskari, his father and the other villagers, as well as the significance of this hunt and what it would mean for the boy if he were to fail.

Samuel L. Jackson seems to be in pretty much everything and it is a bit of a wonder that he hasn’t played the President of the United States until now. He does have fun in the role and doesn’t phone it in, and it is really amusing to see the guy famous for his portrayal of assorted badasses play a rather wimpy character who has to depend on a kid to get him through a survival situation. He shares good chemistry with Tommila and the scenes in which this odd couple gets to bond are genuinely sweet. 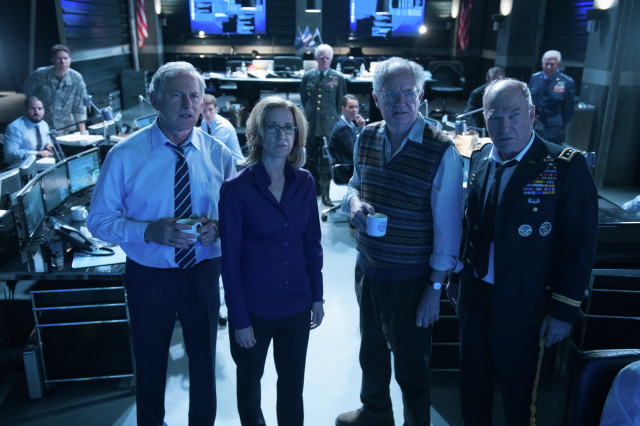 The scenes set in the Pentagon with Victor Garber, Felicity Huffman and Jim Broadbent huddled in the world’s tiniest situation room do have a slight silliness to them but that actors of this calibre are playing supporting roles in a silly action movie is something of a casting coup. There’s the added bonus of them not having to embarrass themselves as “serious actors” have in movies like the Transformers series. As the villains of the piece, Ray Stevenson and Mehmet Kurtulus chomp away at the scenery and bring enough of that crucial “love to hate factor” that the most memorable genre villains have. There’s also the added novelty of seeing Volstagg/The Punisher go after Nick Fury. 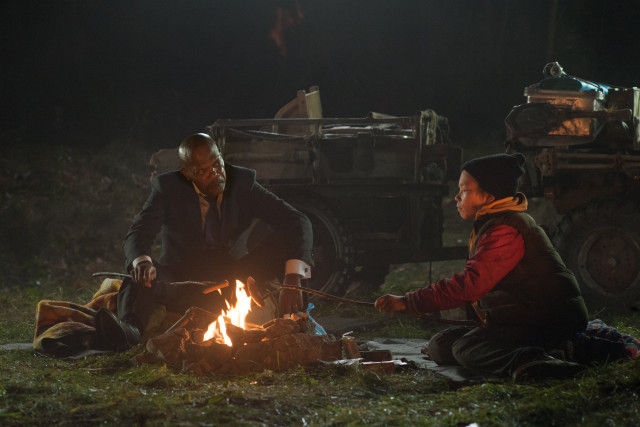 Big Game has its plot holes and contrivances, but the fact that it doesn’t take itself too seriously while brimming with heart and delivering the goods in the action and comedy departments does make us more than willing to cut it some slack. There is a major plot twist late in the movie that rather frustratingly does not get followed up on, but the rest of the film is satisfying enough to make up for it and we would be all for a sequel.

Summary: With its entertaining homages to old-school action flicks, a terrific lead performance by child actor Onni Tommila and an earnestness evident throughout, Big Game is big on action, big on adventure and big on humour.