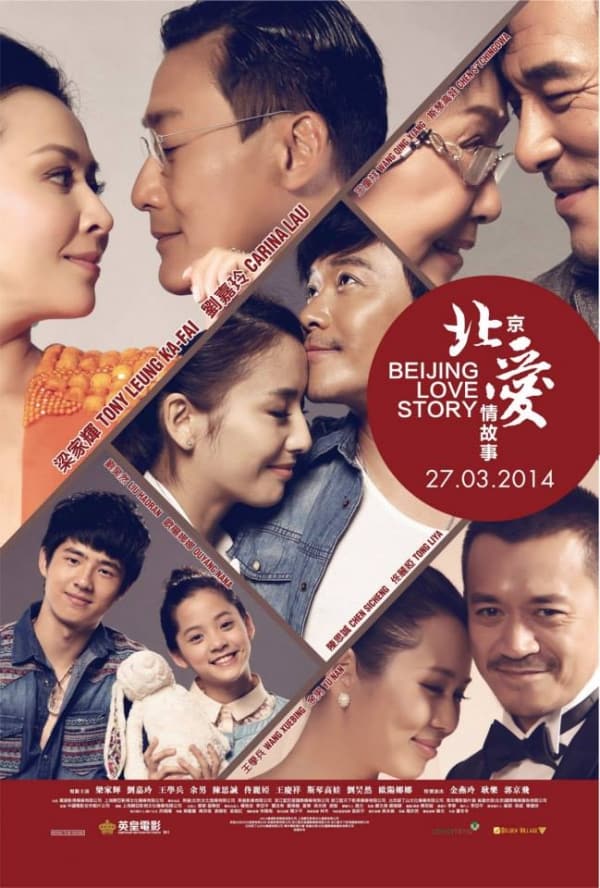 Anthology films about love and romance range from the intricately interwoven (Love Actually) to the episodic (Paris Je T’Aime) – the sweet, if patchy, Beijing Love Story makes a half-hearted stab at the former but falls more in the latter category. That’s unsurprising, as it turns out, since this box-office-busting Chinese film takes as its inspiration the 2012 television series of the same name. But what might have worked as discrete episodes on TV don’t cohere quite as effectively in a film. Invariably, some of the stories cooked up by writer, director and star Chen Sicheng are wonderful – and others comparatively interminable.

Designer Chen Feng (Chen) falls in love with Shen Yan (Tong Liya) at a friend’s bachelor party, but finds that he might be too poor to sustain a relationship with her. Chen’s boss (Wang Xuebing) cheats with alarming regularity on his dutiful wife (Yu Nan). Vengeful wife tries to cheat with her own employer (Leung), who in turns jets off to Greece for a decadent rendezvous with his mistress (Lau). A young man (Liu Haoran) pines after his cello-playing classmate (Ouyang Nana). His grandfather (Wang Qingxiang) goes on a series of blind dates set up by choir teacher Mrs Gao (Siqin Gaowa).

Of these five lightly inter-connected tales, two stand out. The first is the spiky, fascinating tryst between the pair of adulterers in Greece, which reveals itself to be so much more when the duo stop flirting and start arguing. Over the course of their conversation, it becomes clear that there’s an unexpected wealth of depth and history to their sordid relationship. Leung and Lau are fantastic, coyly teasing each other before they start to scratch away at the very real emotional scars they’ve both suffered since their lives first intertwined.

The second story – the string of blind dates set up for the reticent older gentleman – has its own little twist too, and it’s the kind that will warm and break your heart in the same breath. Chen’s grasp on this particular story is great: it starts out as a sweet, awkward tale about finding love later in life, before it segues almost seamlessly into a devastatingly simple, achingly profound love story.

It’s perhaps no coincidence that the two better stories in Chen’s collection of five focus on protagonists who hardly ever get the spotlight in romantic movies. The other three tales, which revolve around the more conventionally young and pretty, are perfectly sweet and watchable but, barring a few great lines of dialogue, not especially memorable.

Taken as a whole, this is an unapologetically sentimental, sometimes draggy tribute to the power of love in all its guises: whether in the first flush of puppy love, or the tangled mess of an affair. But Beijing Love Story does make up for what it frequently lacks in terms of its narrative with plenty of heart and a great cast. It’s not necessarily amazing cinema, but, on at least two counts, it’s very good story-telling.

Summary: Well-acted and well-told, but some of the stories in this film are less compelling than others.