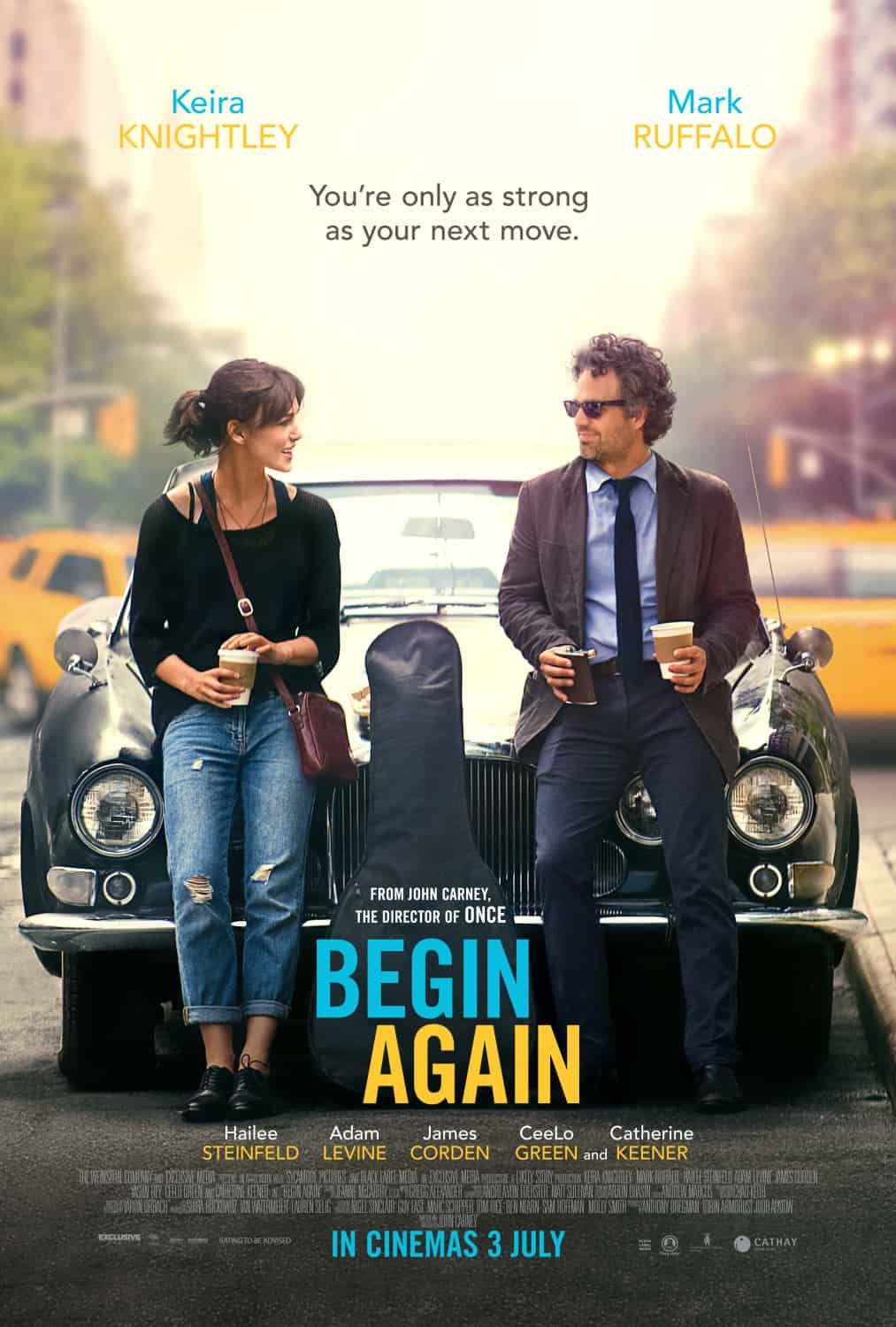 Lovin’ a music man ain’t always what it’s cracked up to be, and that goes for the music men behind the scenes as well. In this musical romantic comedy, Mark Ruffalo plays Dan Mulligan, the down-and-out exec of music label Distressed Records, who has an estranged wife (Keener) and daughter (Steinfeld). While drowning his sorrows at a bar one night, British singer-songwriter Gretta (Knightley) catches his attention and he immediately sets about getting a hold of her so they can collaborate on a record. It turns out that Gretta’s long-time boyfriend and songwriting partner Dave Kohl (Levine) has strayed after letting stardom get to his head. Gretta tries to leave Dave behind as she, Dan, her best friend Steve (Corden) and a motley crew of session musicians embark on recording an album on the streets of New York, guerrilla-style. 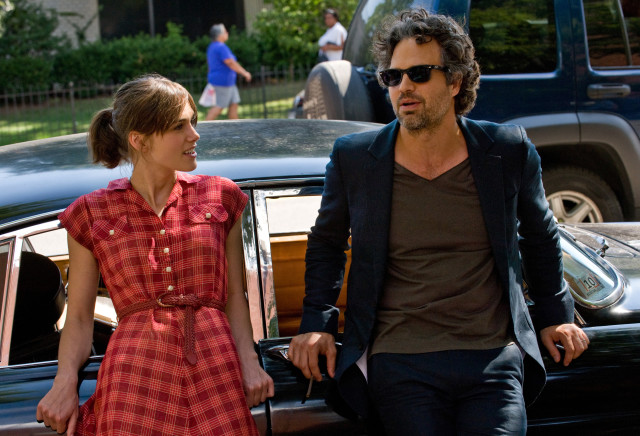 Begin Again, formerly titled Can A Song Save Your Life?, is written and directed by John Carney of Once fame. The micro-budget Irish indie flick became a cult favourite after netting a Best Original Song Oscar for Falling Slowly and was adapted into an acclaimed musical that’s currently running on Broadway and the West End. Begin Again can be seen as Carney “going Hollywood”, trading in a cheap video camera for a fancy Red Digital and having Hollywood names and pop stars in the cast. While Begin Again is certainly a glossier, slicker affair, it still retains a good measure of earnestness and sweetness and is sure to appeal to fans of music movies. In what might be somewhat meta commentary, the theme of “indie vs. big record label” crops up. There’s also a rather surprising bit of anti-product placement: Dan takes a sip of Pepsi and wonders aloud, “God damn, how do people drink that?!” 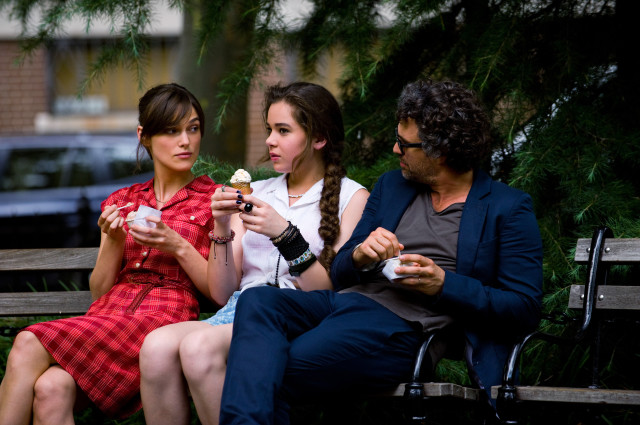 Many of the elements in Begin Again can be described as “formulaic” – there’s the maverick music producer who has been reduced to an unkempt mess but who gets a second wind upon discovering an ingénue, the disapproving ex-wife and the rebellious daughter and the ingénue’s unfaithful rock star boyfriend. An early scene has a frustrated Dan tossing demo CDs out of his car window, fed up with inane pop and in search of “real music”. However, the film does possess enough self-awareness such that it doesn’t drown in a morass of clichés and there’s a still a soul to it. Carney also has a little fun with the structure of the first half of the film, starting in medias res before rewinding to the start of that day, telling the story from Dan’s point of view – and then rewinding further and telling it from Gretta’s. There’s also a wonderfully whimsical moment of visual invention when, upon first hearing Gretta sing, Dan begins to imagine possible arrangements for the song; the piano, drums, cello and violin sitting on stage suddenly playing by themselves in his imagination. 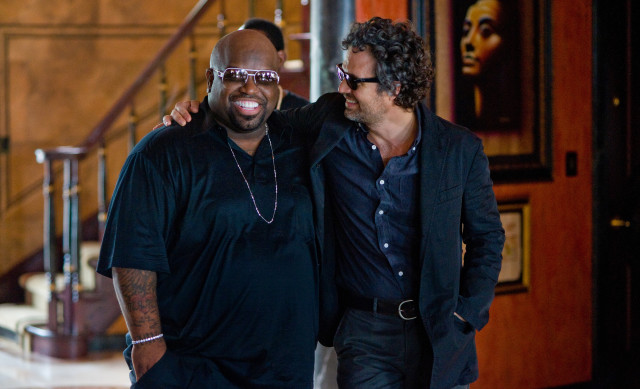 Ruffalo is pretty much scruffy-sexy incarnate. Once again, he looks like he badly needs a shower and a shave, but perhaps that is part of his charm. He convincingly essays a man who has fallen on hard times but who clearly once had drive and inspiration, and when that returns to him he comes alive again. Knightley’s role was originally intended for Scarlett Johansson – while we don’t get the Hulk and Black Widow making sweet music together, Knightley is a perfectly acceptable substitute. Her singing voice is very pleasant and she consciously avoids turning Gretta into an idealised “manic pixie dream girl” type. When she says, “I’m not Judy Garland off the Greyhound bus looking for stardom”, this reviewer believes her – but wants to see her make it in the music biz all the same. 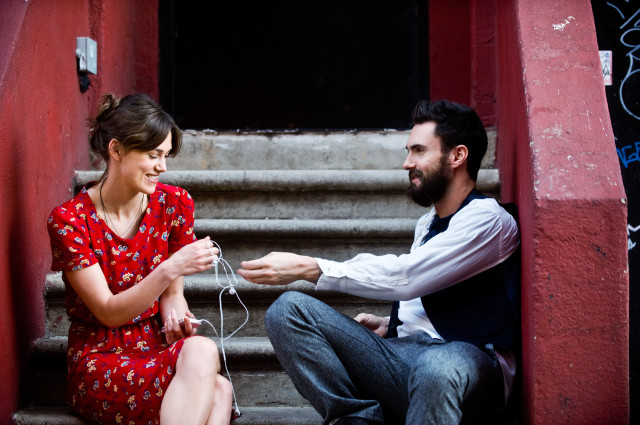 When it comes to the casting of established singers like Adam Levine and his fellow The Voice coach CeeLo Green, it’s a Catch-22 situation: on one hand, having actual musicians in your music movie gives it credibility but, on the other, it can be distracting enough to pull one out of the experience. Green’s appearance in the film is more tolerable because, as a hip-hop star and old pal of Dan’s nicknamed Troublegum, he could well be playing himself. However, Levine is not a brilliant actor and this reviewer happens to find his high-pitched whine of a singing voice somewhat grating. We’re also 90% sure that the name “Dave Kohl” is some kind of a dig at the similarly-named Foo Fighters frontman. 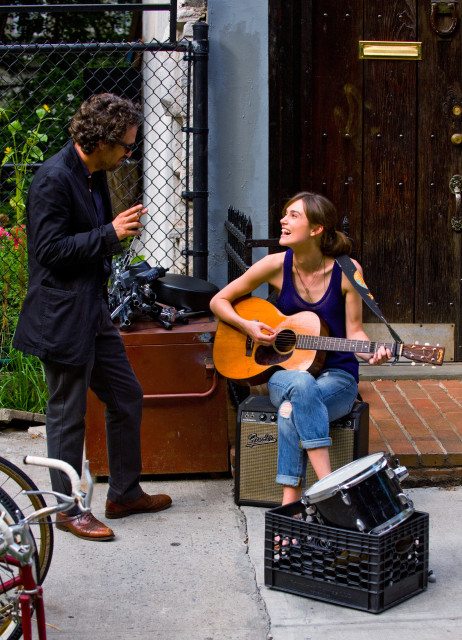 Begin Again is a great date movie because it isn’t yet another a production line rom-com and it never becomes unbearably cheesy and sappy. It won’t redefine the music flick genre, but it does have its share of sweet moments. The songs, co-written by New Radicals frontman Gregg Alexander with Danielle Brisebois, Nick Lashley, Rick Nowels and Nick Southwood, Once star Glen Hansard and Carney himself, are all very listenable if not especially memorable or catchy. And this is quite possibly the first movie to make splitter cables seem like very romantic objects.

SUMMARY: Begin Again’s formulaic elements are offset by its measured sweetness and charm.