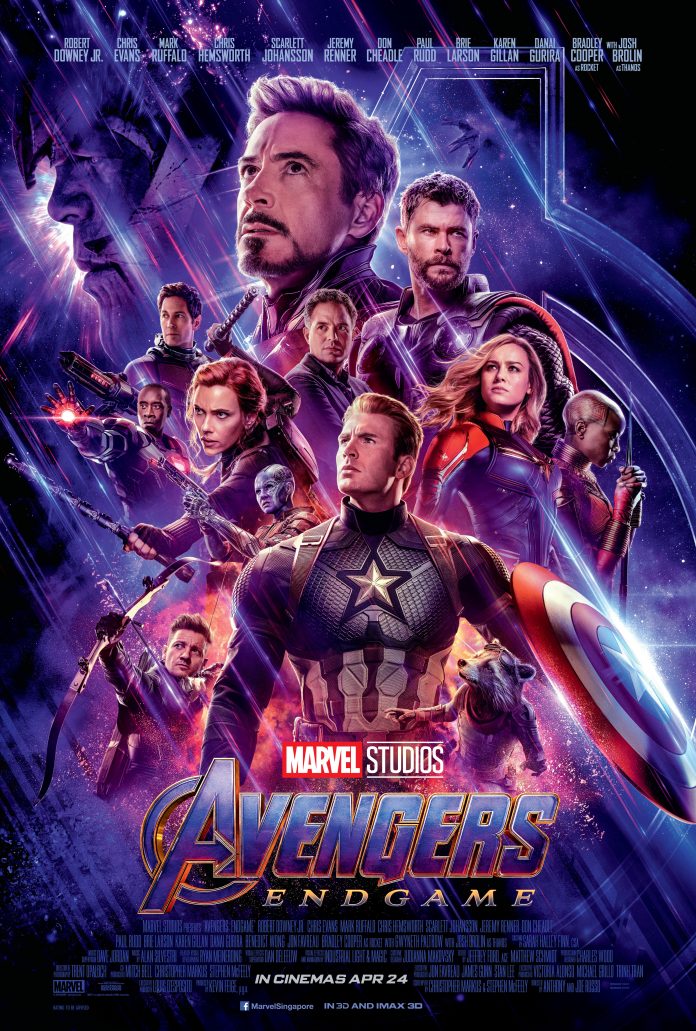 The Low-Down: Statistically, the Marvel Cinematic Universe (MCU) has achieved a great deal: over 11 years and 21 films, it has introduced dozens of relatively obscure characters into mainstream pop culture. More importantly, however, the franchise has proven that long-form storytelling can work in a cinematic context – as long as you balance plot with heart and humour, prizing character development over spectacle. That’s no small feat, and it’s even more remarkable that a movie with the gargantuan scale and ambition of Avengers: Endgame doesn’t fall apart beneath the weight of an unwieldy script or great expectations. In fact, this is the MCU’s crowning achievement: a heartfelt love letter to the Avengers, their stories, the actors who play them, and to the fans.

The Story: That damn Snap, eh? At the end of Avengers: Infinity War, Thanos wiped out half of the galaxy’s population with a snap of his Infinity-Stone-enhanced fingers. After bearing witness to teammates and loved ones vanishing in swirls of dust and ash, the remaining Avengers struggle to live with the crippling grief and guilt of surviving the Snap… and of failing to prevent it. Some characters spiral into darkness; others are frozen in place – a few even manage to move on. But hope is rekindled when Scott Lang (Paul Rudd) returns from the mysterious Quantum Realm, where the usual laws of physics, space and time do not apply…

The Great: Endgame is a storytelling triumph – not only does it bring together and pay off plots and ideas that were seeded over a decade ago, it builds solid, powerful, heartrendingly emotional narrative arcs for almost all of the original Avengers. Tony Stark (Robert Downey Jr.) and Steve Rogers (Chris Evans) must grapple with their pasts to figure out their futures, while Natasha Romanoff (Scarlett Johansson) and Clint Barton (Jeremy Renner) find themselves literally fighting to save their families. Thor (Chris Hemsworth) and Bruce Banner (Mark Ruffalo) might provide much of the film’s comic relief, but both characters are also gifted with grace notes, growth and moments of true peace.

The Super-Great: The ability to juggle and create space for multiple perspectives and storylines in one film has been honed to a fine art by directors Anthony and Joe Russo and screenwriters Christopher Markus and Stephen McFeely. But their narrative strategy feels virtuosic in Endgame, paired as it is with an ingenious plot device that allows the film to truly acknowledge the staggering depth and breadth of its own history. Suddenly, the emotional and narrative stakes are raised, as beloved characters are forced to re-examine their lives, stories and priorities. You might find yourself in tears and in stitches, frequently in the same scene, and this happens throughout the film – a testament to the Russo Brothers’ genius and their skills at anchoring even the most outlandish of storylines in humour and humanity.

The Not-So-Great: This is emphatically not a film for casual viewers – there is no entry point, no easing in, no exposition, to help you understand what the heck is going on if you haven’t watched most of the preceding films in the MCU. There are also a few logical fallacies and plotholes scattered throughout Endgame that will puzzle you the more you think about them – from the wobbly rules governing time travel to the fractured way in which the too-conveniently hyper-powered Carol Danvers (Brie Larson) pops in and out of the story.

Stan Service: This film, above all others in the MCU, feels like a heartfelt tribute to the very concept of Marvel itself, finding numerous ways to reward and delight true-blue fans. Naturally, it includes Stan Lee’s final appearance in the MCU, while folding in a host of other cameos and callbacks that reinforce the interconnectedness of the entire franchise – of all the stories that have been told before, especially the movie that started it all (Iron Man in 2008). There are even a couple of brilliant nods to comics lore, largely centred around the character of Captain America, that feel like the Russo Brothers are deliberately righting a few wrongs where some of Marvel Comics’ more controversial plot twists are concerned. (See: Nick Spencer’s run on Captain America: Steve Rogers.)

Cast-Iron MVP: Casting outside of the box has always been one of the MCU’s core strengths, with Oscar winners/nominees and character actors regularly popping up to play heroes and villains alike. That canny casting strategy pays off in spades in Endgame – especially when certain characters have relatively limited screen time but manage to make it count anyway. The undisputed stars of the movie, however, are the Avengers who started it all. Hemsworth continues to brilliantly dance along the knife-edge between comedy and pathos, while Ruffalo radiates charm and intelligence through ever-improving CGI as Banner and his not-so-mean, green alter ego: The Hulk. Johansson and Renner are given more to do in this film than ever before, and their combined efforts will shred your soul to pieces. Evans brings great warmth and strength to his stoic role, making it perfectly legitimate for you to weep and whoop for a man who’s – somewhat ridiculously – wrapped in an American flag. Above all, this double-whammy of Avengers films belongs, most fittingly, to Downey Jr. He still effortlessly injects Tony with snark and swagger, but also beautifully conveys every shade and layer of his character’s hard-won growth and maturity – giving us all the proof that we have never needed that Tony Stark has a heart.

Recommended? In every imaginable way. Endgame sets the bar as high as it can possibly go for superhero epics that balance enormous scale and jaw-dropping ambition with actual substance and genuine emotion. It’s the blockbuster movie event of our lifetimes, for very good reason – and it’s worth every minute you’ve invested in the MCU since 2008.