The Media Development Authority (MDA) has classified the film “To Singapore, With Love” as Not Allowed for All Ratings (NAR). 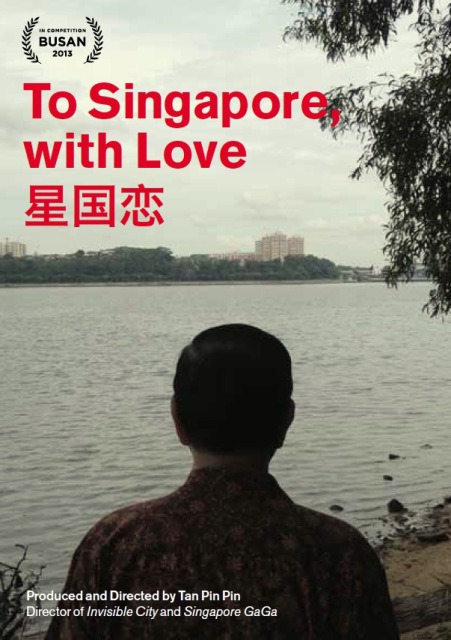 The individuals in the film have given distorted and untruthful accounts of how they came to leave Singapore and remain outside Singapore. A number of these self-professed “exiles” were members of, or had provided support to, the proscribed Communist Party of Malaya (CPM). The CPM sought to overthrow the legitimate elected governments of Singapore and Malaysia through armed struggle and subversion, and replace them with a communist regime. One of the interviewees in the film claimed that he had no choice but to join the CPM after he left Singapore when in fact, he was an active CPM member even before he left Singapore. Indeed, as another interviewee who left Singapore in similar circumstances admits, a number of Barisan Sosialis activists then were already members of the Malayan National Liberation League, the CPM’s political wing, before they fled Singapore with its help and subsequently joined the communist guerrilla forces. In another attempt to white-wash their security histories, two of the individuals in the film conveniently omitted mentioning the criminal offences which they remain liable for, like tampering with their Singapore passports or absconding from National Service.

The individuals featured in the film gave the impression that they are being unfairly denied their right to return to Singapore. They were not forced to leave Singa­pore, nor are they being prevented from returning. The Government has made it clear that it would allow former CPM members to return to Singapore if they agree to be interviewed by the authorities on their past activities to resolve their cases. Criminal offences will have to be accounted for in accordance with the law.

These facts had been published at the time of these events, and are on public records, even though some Singaporeans today may be unfamiliar with these cases.

Here’s Tan Pin Pin’s response, which was posted on the film’s Facebook page:

STATEMENT BY TAN PIN PIN
Director and Producer of “To Singapore, with Love”

To Singapore with Love (2013) was slated to screen with my other films Invisible City (2007) and Singapore GaGa (2005) at the end of September 2014, in a triple-bill presented by National University of Singapore (NUS) Museum, an institution that I have had a long working relationship with in relation to my previous films.

Now the screenings will not take place.

I am very disappointed by the MDA decision to ban it — for myself, and also what it means for Singapore. Like many of my other films, To Singapore, with Love took shape organically. I was making a video about Singapore’s coastline from afar. In the process of researching the idea of being outside, I stumbled upon Escape from the Lion’s Paw (2012), a book of first-person accounts by Singapore political exiles, people who remain outside the country, but not by choice. I decided to interview one of them in Malaysia. I was so moved by her account that I decided to change focus and To Singapore, with Love was born. Like my other films mentioned above, this film is a portrait of Singapore; unlike the others, this film is shot entirely outside the country, in the belief that we can learn something about ourselves by adopting, both literally and figuratively, an external view.

For this film, I traveled to England, Malaysia and Thailand to interview the exiles to find out how they have lived their lives away from Singapore. Some have not been back for more than 50 years. They talk about why they left, but they mostly talk about their lives today and their relationship with Singapore. They show us the new lives they have created for themselves. One shows us around his noodle-making factory, we visit the law firm of another and play with the children of yet another exile. We also attend the funeral of one of them. Finally, we observe a family reunion that takes place in Johor Baru, the twinkling lights of Singapore a short distance away. The focus is on their everyday lives. These exiles all have different ideological positions and are of different ages; some are communists, others are activists from the Christian Left, yet others are socialist politicians or former student activists. But their feelings for Singapore is intense and heartfelt, albeit sometimes ambivalent, even after so long away. Those feelings (more than the circumstances of their exile, or even the historical “truth” that led to such exile) are what my film predominantly focuses on, because I feel that many viewers might relate to those feelings.

I made this film because I myself wanted to better understand Singapore. I wanted to understand how we became who we are by addressing what was banished and unspoken for. Perhaps what remains could be the essence of us today. I was also hoping that the film would open up a national conversation to allow us to understand ourselves as a nation better too.

I am therefore very disappointed that my film is banned. By doing this, MDA is taking away an opportunity for us Singaporeans see it and to have a conversation about it and our past that this film could have started or contributed to. It is vital for us to have that conversation on our own terms, especially on the eve of our 50th birthday. We need to be trusted to be able to find the answers about ourselves, for ourselves.

It is my deepest regret that we cannot have such a conversation here today. That conversation did start when some Singaporeans saw it at film festivals overseas. Some of the reactions include; “Tender and searching” “Extremely moving and thought-provoking” and “A Must see”. Now, the irony that a film about Singapore exiles is now exiled from Singapore as well – this is not something I ever wanted or hoped for.

I hope to be able to show it in Singapore one day, and may re-submit for a rating in the future.

Ms Tan’s film examines the lives of Singaporeans living in exile. In doing so, she explores an aspect of our nation’s history that is rarely discussed in the public sphere.

The MDA claims that the subjects in Ms Tan’s film gave “distorted and untruthful accounts of how they came to leave Singapore and remain outside Singapore”. We would like to suggest that rather than banning the documentary, authorities release their version of the events in question, so that viewers can make up their own minds. Indeed, we note that the MDA has already published a detailed press release stating their official account.

‘To Singapore With Love’ screened at the prestigious Berlin International Film Festival and has won multiple awards all over the world. It has received high praise from filmmakers, critics and festival programmers. Many commentators have described it as essential viewing for all Singaporeans. Banning the film will only reinforce the view that our government is trying to limit discussion around our very own history.

Finally, we would like to emphasize that censorship does nothing to promote a vibrant, informed society. We thus urge the MDA to reconsider its decision.

“The only Singaporean film that truly deserves to be called a “must see”. A brave, intelligent, sensitive, heartbreaking and humbling work that left my head spinning” – Colin Goh

“This moved me to tears. Every young Singaporean of my generation should see this, in fact all Singaporeans should see this. It’s a slice of our history that shouldn’t be forgotten, and hopefully properly acknowledged in the near future.” – Anthony Chen

“The most important Singaporean film I have ever seen.” – Woo Yen Yen

“Tender and searching, deserves to be watched by the largest Singaporean audience possible, and more than once.” – Chan Cheow-Thia

“”To Singapore, With Love” is a necessary film. That it is very well made is a bonus. Extremely moving and thought-provoking.” – Koh Jee Leong

“Stylistically concise, with so much heart.” – Kirsten Tan

“A very delicate and intimate gaze into the lives of Singaporean political exiles and their families.” – Paolo Bertolin, Venice International Film Festival delegate

“If you feel touched, it may be because of the production’s impressive ability to weave sentiment from small details, food, poetry, songs, and photos.” – Cine21 (Korean cinema magazine)