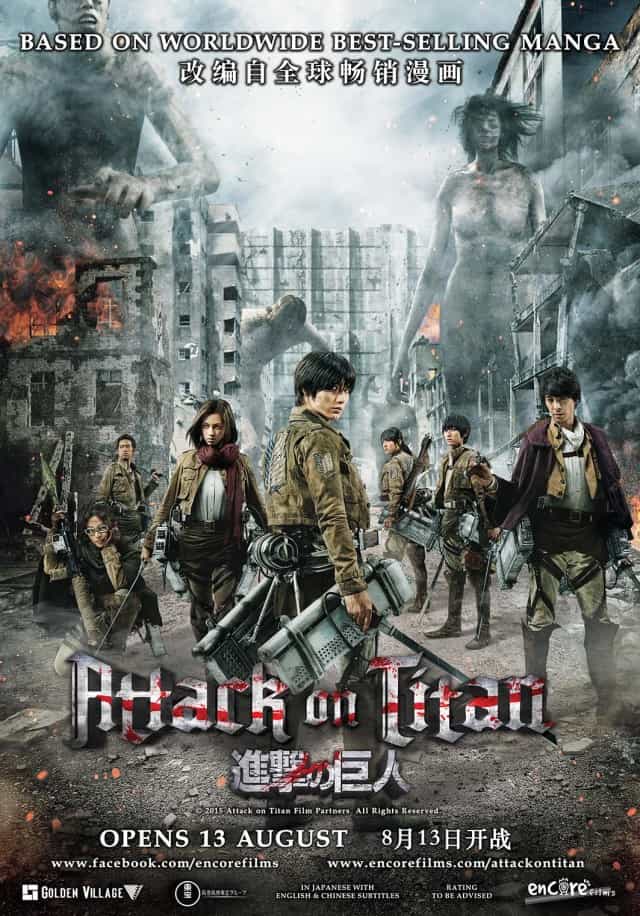 Expectations are necessarily high when a film adaptation of a manga as critically acclaimed as Hajime Isayama’s Attack On Titan rolls around, but while Attack On Titan is a solid piece of entertainment, it’s lacking some of the pizzazz which made its source material such a cult favourite. Heavy revisions to some characters’ names and backstories also don’t do the film any favours. 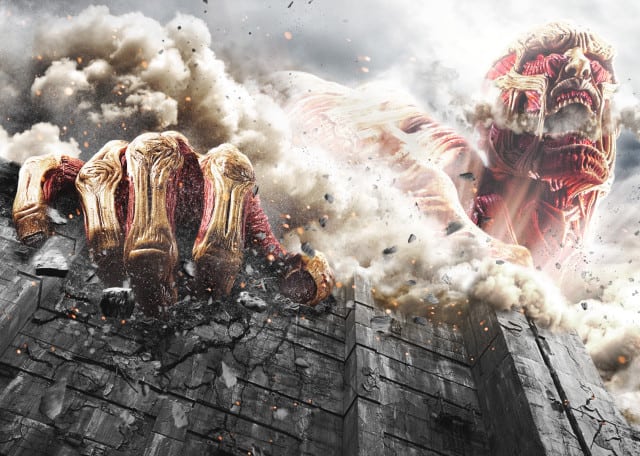 100 years after mysterious beings known as Titans arose and wiped out nearly all of human civilisation, the remnants of humanity have retreated behind three concentric walls and are enjoying a period of relative peace. It is within this closed society that Eren (Miura), Mikasa (Mizuhara) and Armin (Hongo) are born and brought up, but their lives as they know it are irrevocably shattered when the first Titan attack in generations decimates their home, forcing humanity to once again fight for its very survival.

That, in a nutshell, is the basic premise of Attack On Titan, though it may also be necessary to mention that the Titans are driven by an inexplicable craving for human flesh (and only human flesh), which makes for plenty of pseudo-cannibalistic feeding frenzies throughout the film. Attack On Titan preserves all such essential elements of its source material’s mythology, ensuring that at least some of the original manga’s macabre charm translates to the silver screen. 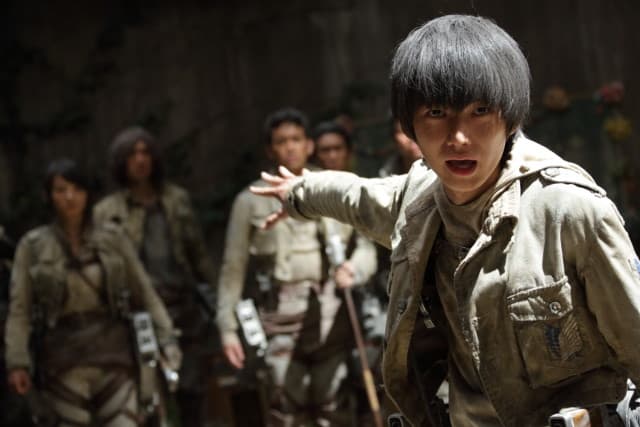 It is, however, much more liberal with character names and backstories, with fan favourite Levi being renamed Shikishima (Hasegawa) and several key characters being excised completely. In the film’s defence, the original manga’s plot threads are so intricate and intertwined that a completely faithful adaptation would have made Attack On Titan far exceed the 90-plus-minute confines of a blockbuster flick. The revisions also make narrative sense and are devoid of obvious plot holes. Whether the manga’s loyal following will approve of these changes, however, remains to be seen.

The original manga was also lauded for being a consummate allegory of young people’s helplessness in the face of the titans of society (e.g., government, traditions, bureaucracy etc.), but the revisions, while still making for compelling entertainment, lack this political statement of intent. Attack On Titan is simply a very good popcorn flick without any pretensions of provoking deeper thought. That is perfectly fine for the average movie-goer who seeks only to be entertained, but once again, fans of the original manga will be disappointed by the film’s lack of vision. 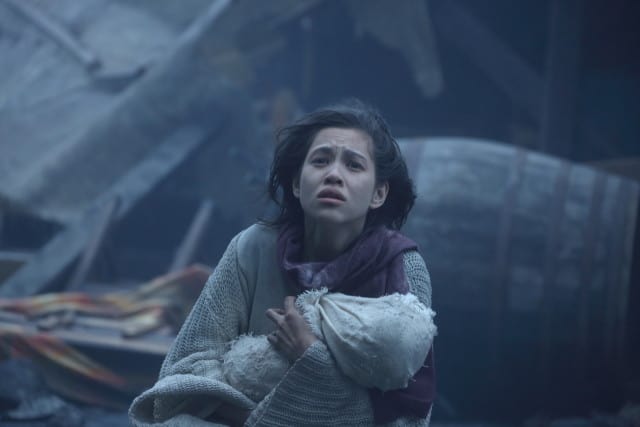 If one decides to ignore the source material or has never been exposed to it in the first place, then Attack On Titan actually scores on many fronts. The movie grips the audience from start to finish, and there’s nary a lull in the proceedings. Whoever made the decision to film amongst the ruins of Hashima Island should also be congratulated vigorously, because the abandoned apartment buildings provide an appropriately dystopian backdrop for the exploits of Eren and company. Fans of the original manga will also be somewhat mollified by the dynamic action tableaux involving the Three Dimensional Manoeuvre Gear, a kind of grappling hook contraption allowing for Spider-Man-like movement.

Miura does a decent job as tortured protagonist Eren, and the same can be said for the rest of the cast as well, who turn in reasonably competent but not inspired performances. Once again, the characters are well fleshed-out and psychologically complex, but will only remain so if one doesn’t compare them with their manga counterparts. 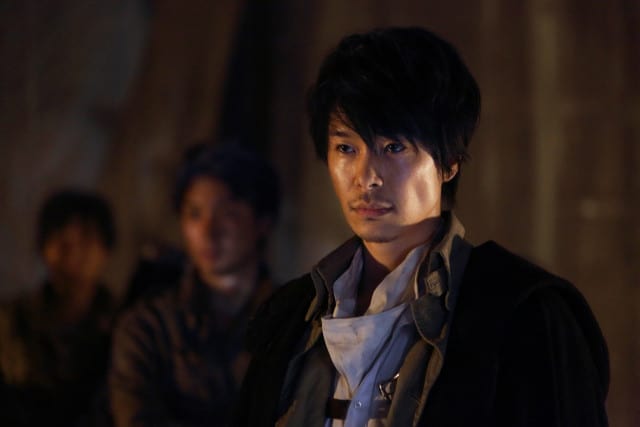 Making a film adaptation of a creative property that already has a loyal following is always a risk. The stakes go even higher the more artistically accomplished that creative property is. Attack On Titan is unfortunately unable to reach the same dizzying heights of profundity as its source material but, as a creative work in its own right, it deserves a chance to stand on its own merits.

Summary: Not as good as the original, but then again, things rarely are. Still more than worth a look if you’re not too heavily invested in the source material.