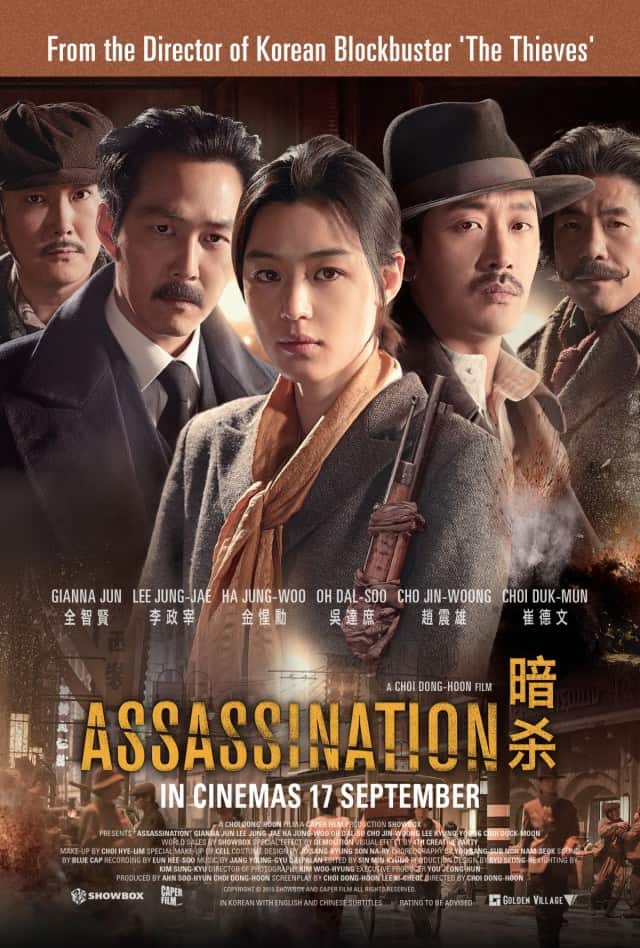 A film about Japanese wartime atrocities is always going to be controversial, especially if it seems determined to incite some form of nationalistic fervour, as Assassination undoubtedly does. Politics aside, however, Assassination is still one hell of a rollicking ride through the landscape of early twentieth-century (and Japanese-occupied) Korea, equal parts pulse-pounding intrigue, rip-roaring action and heart-wringing drama. 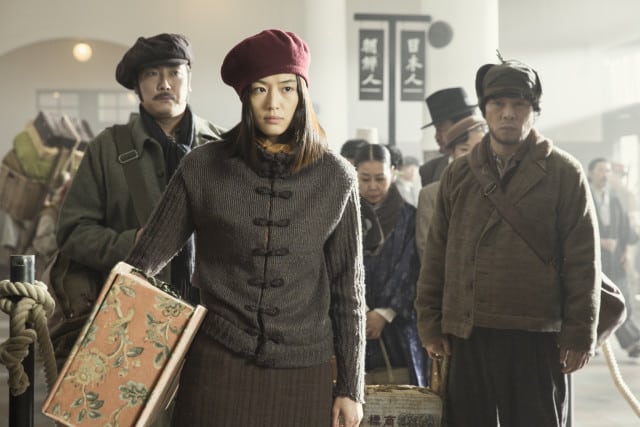 Following the phenomenal success of his 2012 heist caper ­The Thieves, director Choi Dong-hoon has reunited with leads Jeon Ji-hyun and Lee Jung-jae for a clandestine mission with a decidedly more lethal bent. Corporal Ahn Ok-yun (Jeon) is a first-rate army sniper currently languishing in a military prison for allegedly shooting her commanding officer, but when the Korean Resistance has need of her skills to assassinate two key figures of the Japanese colonial regime in Seoul, Captain Yeom Seok-jin (Lee) is sent to break her out. Joined by arms expert Chu Sang-ok (Cho Jin-woong) and explosives specialist Hwang Deok-sam (Choi Deok-moon), Ok-yun is secretly smuggled into Seoul to carry out her mission. Unbeknownst to the team, however, there is a traitor in the ranks of the Resistance. Further muddying the waters are mercenary hitman Hawaii Pistol (Ha Jung-woo) and his sidekick Old Man (Oh Dal-su), whose origins are swathed in mystery and allegiances only to the highest bidder. 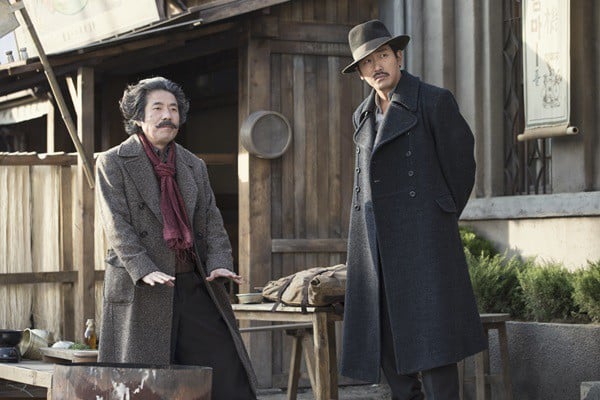 Before going on to laud Assassination for what it does very well, it’s necessary to first address the Japanese-bashing elephant in the room. While it’s true that most of the Japanese characters in Assassination are far from sympathetically portrayed, there are ethnic Korean characters that the audience is set up to dislike even more (the aforementioned traitor, for example). The partial setting of the film in Shanghai and the fact that many of the lead actors deliver dialogue in Mandarin might also seem blatant attempts to milk the equally intense anti-Japanese sentiment in China, but it’s a historical fact that the Korean Resistance was headquartered in Shanghai during the occupation years, and there are as many, if not more, lines delivered in Japanese. On the whole, the film comes across as more pro-Korean than anti-Japanese, though some nationalistic posturing is inevitable. The depiction of such a traumatic period in Korean history could have been far more unequivocal, but Assassination wisely chooses not to make mud-slinging its primary agenda. 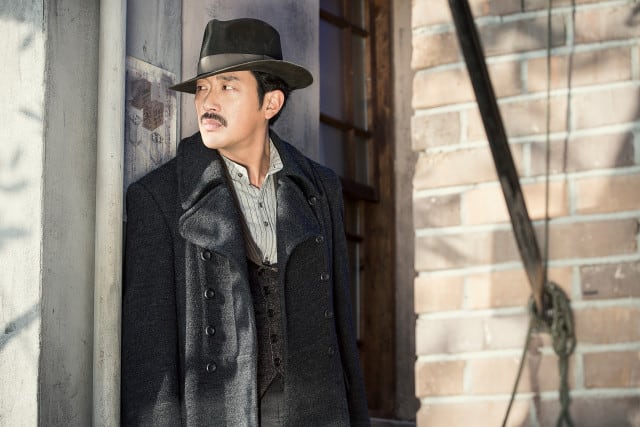 That decision can only be to the audience’s benefit, for in the absence of heavy-handed political subtext, the film’s numerous strengths are truly allowed to flex their muscles. With a runtime of 140 minutes, Assassination is definitely on the long side, but it makes every single one of those minutes count. There are gunfights galore and intense action sequences, but character exposition is not sacrificed in service of maintaining the film’s pace. Knowing the various conflicting emotions boiling beneath Ok-yun’s stoic exterior, moreover, actually serves to heighten the urgency and poignancy of the shootouts in which she is engaged. Neither is the film all doom and gloom from start to finish. Occasional well-placed gags lighten the proceedings considerably while never tipping the balance over into excessively jocular territory. 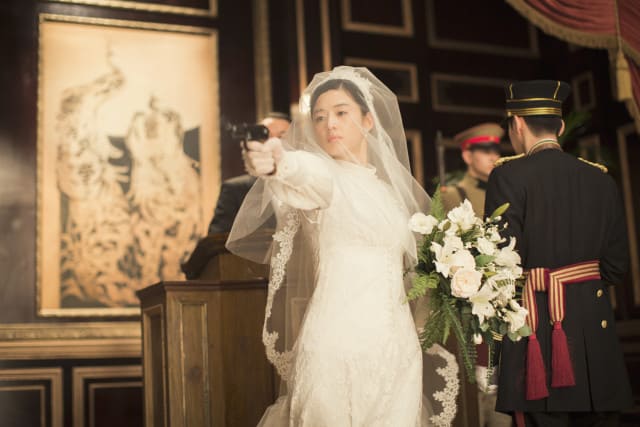 The best laughs are brought on by veteran character actor Oh Dal-su in a scene-stealing turn as the mustachioed Old Man, but the rest of the cast are uniformly excellent in their roles, even those who have the unenviable task of playing the hated Japanese characters. Lead actress Jeon and Lee Jung-jae first starred together in 2000’s Il Mare (which was remade by Hollywood into The Lakehouse starring Keanu Reeves and Sandra Bullock), but neither shows signs of slowing down fifteen years later. Jeon switches effortlessly between Japanese, Korean and Chinese, and appears to have eschewed stunt doubles for a surprisingly large number of scenes, while Lee pulls off the task of playing a character in three different decades of his life with aplomb. With such reserves of talent and star power at its disposal, it’s no wonder that Assassination went on to become the eighth-highest grossing film of all time at the Korean box office. 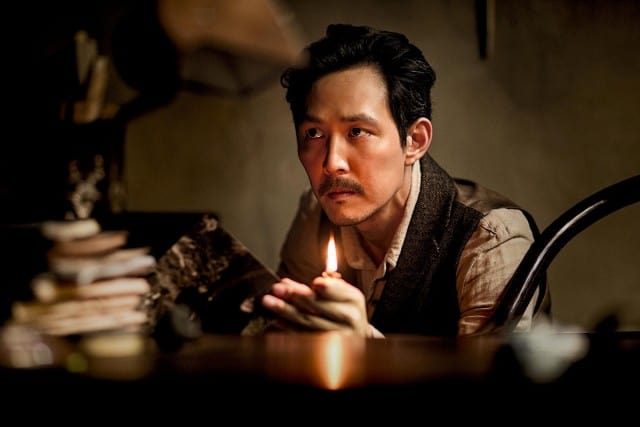 More superlatives could conceivably be showered upon the cast’s performance, but doing so would ruin a number of gobsmacking plot twists. Director Choi Dong-hoon has been criticized for making Assassination’s plot too complicated, but it is this reviewer’s humble opinion that all the film requires is a tad more mental effort on the audience’s part. Assassination is not the easiest film to absorb, but a slight adjustment of one’s movie-watching mindset is all it takes to engage with its considerable charm. 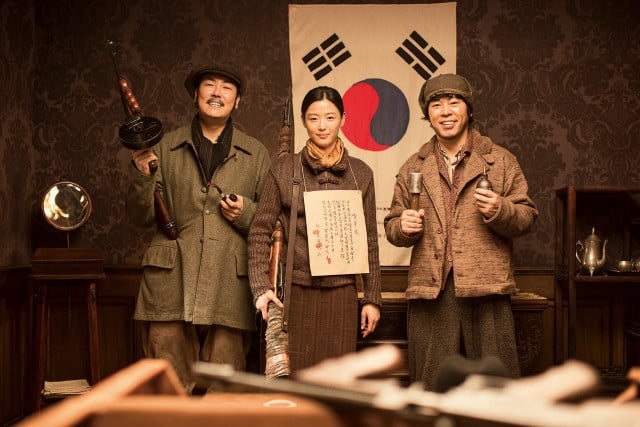