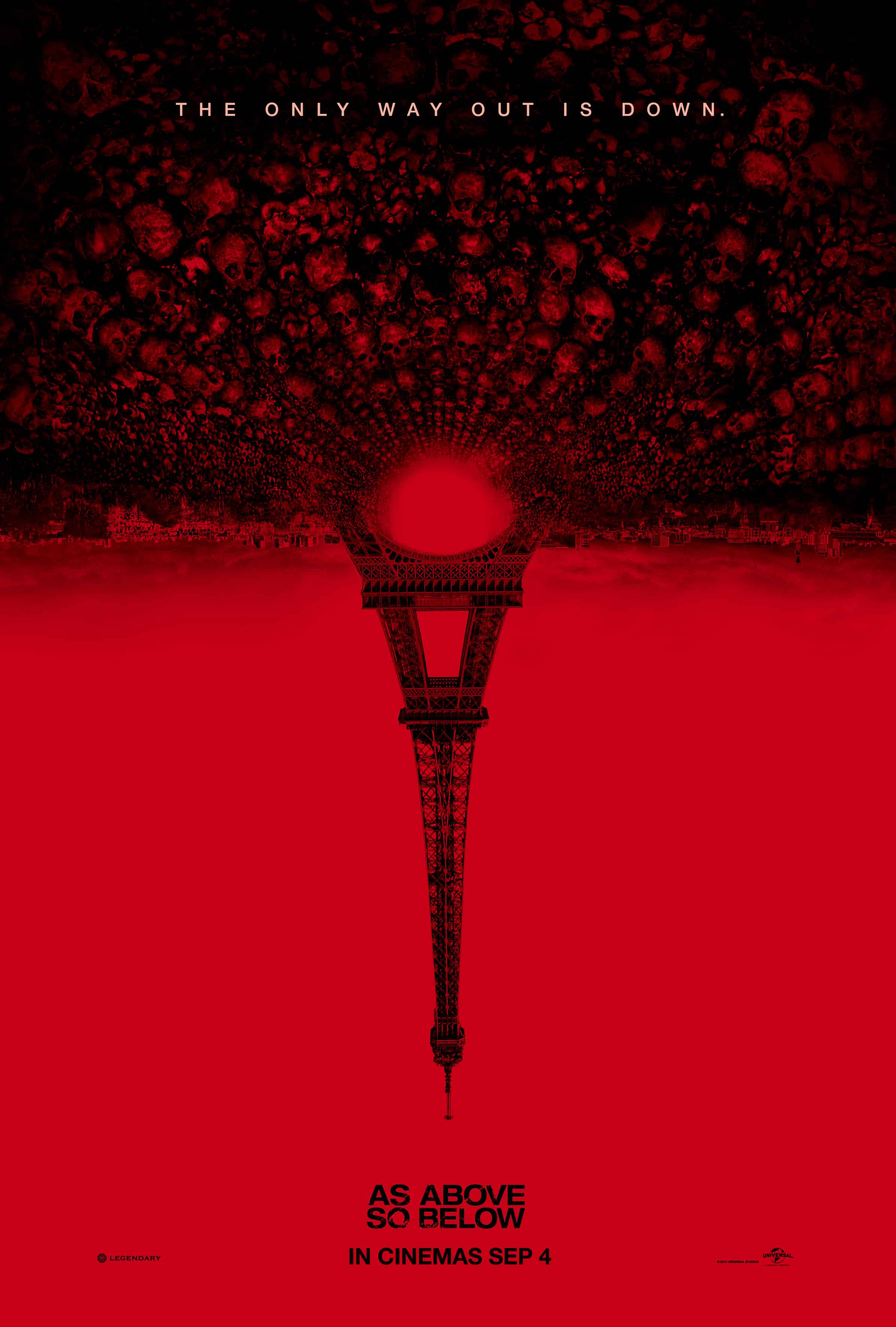 Horror films make you yell. At many points during As Above, So Below, we were instead seized by the urge to yell out for the characters to just get rid of their damn cameras already. The film, as you might guess by now, is yet another entry in the found footage horror genre, that tired strain of horror films that rely on the painfully laborured gimmick of using shaky camerawork to convey a sense of “realism”. 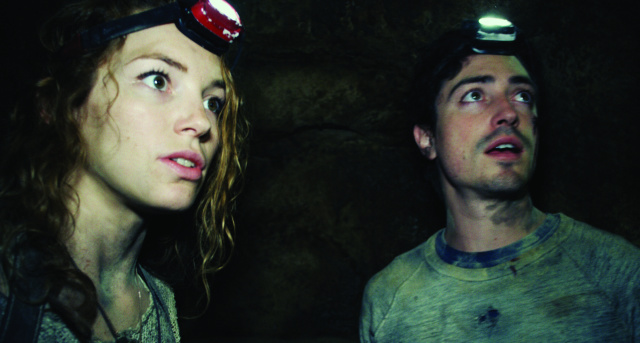 In the film, which is directed by John Erick Dowdle and written by his brother Drew, Scarlett (Perdita Weeks), a young archeologist, journeys to the Paris Catacombs to hunt for the Philosopher’s Stone. Said artifact is rumoured to have supernatural alchemical properties. She enlists the aid of an old flame (Ben Feldman) and three cave-savvy adventurers to track down the artifact together.

It’s actually a promising premise. Just like one of Dowdle’s previous films, Devil, there’s the sense of claustrophobic that is potentially evoked by the setting, what with the low ceilings and tight spaces of the caves. What transpires, however, is a letdown. 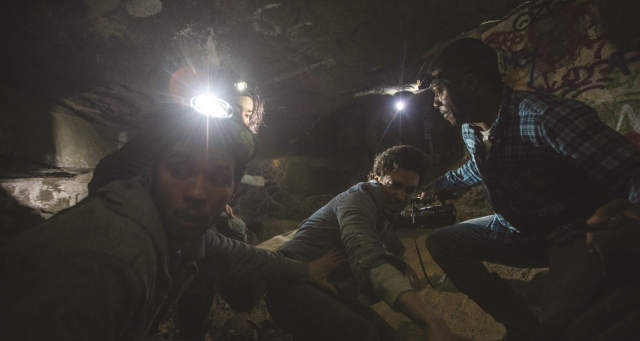 Once the group gets to the catacombs, a lot of… stuff happens. We’re not quite sure, what, really. There’s a lot of yelling, and running, and falling into things. Loud noises frequently send the group into states of extreme panic, and they then charge through the narrow passageways to get away from… stuff. (And these people do a lot of running.)

The film is not without its squirm-inducing moments, but the incoherency of its steady cam makes most of the frights seem painfully indiscernible. Most of the time, it’s impossible to actually see what the adventurers are running away from. You get glimpses of ghastly figures and apparitions, but everything feels more confusing than frightening. 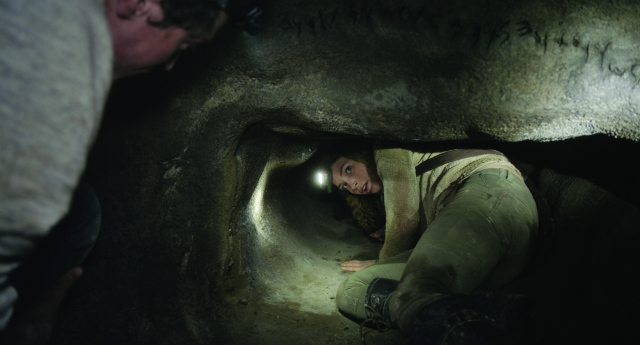 Towards the end, it becomes clear that the adventurers are facing off with some sort of manifestation of their traumas. That could have made things a little more interesting, but it was so lazily resolved that it felt like a cheap attempt to squeeze in some emotion in the film. In the end, watching the film really seemed like descending into hell, and when the survivors finally got out at the end, it felt like emerging from an eternity of torment.