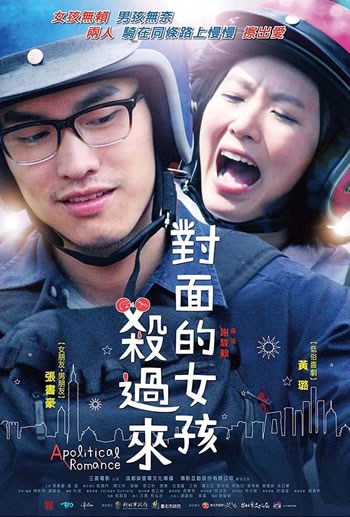 It isn’t often that you get a helping of politics to go with your romantic comedy of choice. The tensions, history and realities that colour the relationship between China and Taiwan – and thus the odd couple at the heart of the film – are the most striking element of Apolitical Romance, lending it a heft not typically associated with rom-coms. To the film’s detriment, this streak of political consciousness peters out towards the end. But there’s still plenty to enjoy in the excellent performances and snappy dialogue peppered throughout the script. 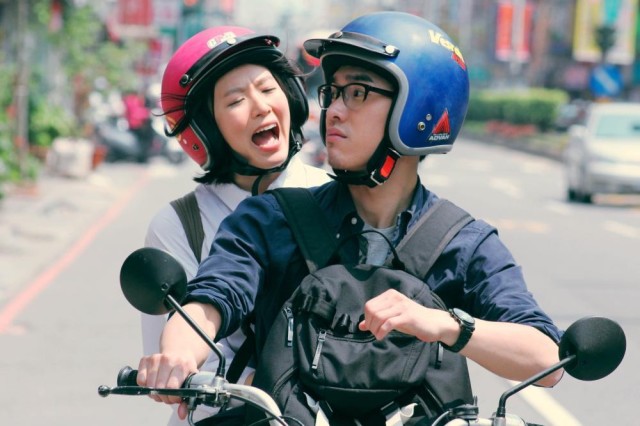 We’re first introduced to a couple of clichés: A-Cheng (Chang) is a bookish, well-mannered Taiwanese civil servant, and Qinlang (Huang) a brash, opinionated Chinese girl with no qualms about yelling down strangers in the street. Their meet-cute is textbook rom-com (and thus a bit disappointing): after she yells a lot at a dumpling shop and makes him pay for all the stuff she takes from random stores, he decides that she can help him fix his woefully uninformed report on China, and she enlists him to help her find her grandmother’s childhood sweetheart, Chen Guang.

But, thankfully, Apolitical Romance deepens as it goes on. The easy prejudices and assumptions we all make due to nationality and cultural differences slowly fade away, as A-Cheng and Qinlang start to see each other as real people and not just stereotypes. They bicker and banter their way across Taiwan, trekking down Chen Guang after Chen Guang: it’s an odyssey that covers a lot of literal and metaphorical ground. They go from the bustling streets of Taipei to the smaller alleys and dusty houses of the countryside, even as he learns about her troubled romantic past and she takes an interest in his broken family. In the process, they effectively help each other heal past emotional wounds – which sounds enormously cheesy, but doesn’t play out as such in the film. 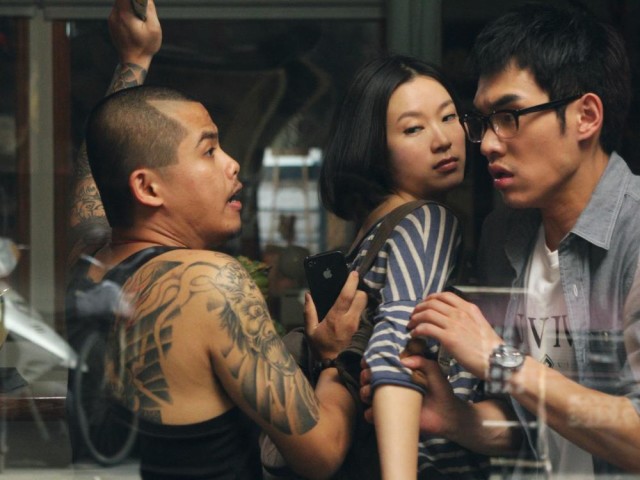 Of course, the big metaphor demanding to be addressed is the troubled relationship between China and Taiwan. And Apolitical Romance does so in a surprisingly powerful way. This is not the politics of diplomats and war, but the politics of real life: the way history and differences between nations intrude on the present, and shape people and their lives – for better or for worse. For our pair of protagonists, it’s the stuff of the recent past, real but untroubling. Qinlang dances past A-Cheng, calling his country a province, and they sing nationalist songs at each other while visiting the Chiang Kai-Shek Memorial. But the film sobers up whenever we meet another Chen Guang, who tells yet another tale of a life and a family (or two) rent asunder by political differences.

Whenever the film veers towards less appealing territory (pretty much whenever it becomes a standard rom-com), its two leads make up for a lot. Chang manages to pull off the tricky feat of being utterly charming when, as A-Cheng, he gloats constantly about his good looks. He’ll definitely break a heart or two when he sinks to his knees in a railway station to get Qinlang’s attention. Huang, meanwhile, tempers her character’s brash attitude very well by allowing us glimpses into her inner life and the heartbreak she hides beneath her cheery exterior. 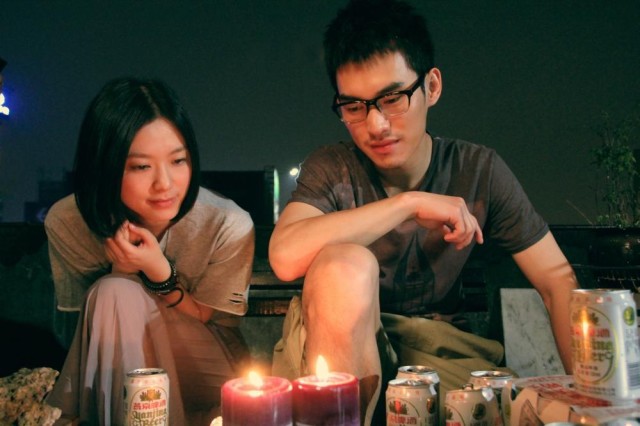 Does the movie, like all rom-coms, end happily? Well… Kind of. But, as befitting a film that is, however obliquely, about cross-strait relations, Apolitical Romance doesn’t give anyone an easy ending: not Qinlang, not A-Cheng, and certainly not its viewers. As a romance that doubles as a gentle commentary on the way big politics can touch even the smallest of lives, it’s a surprisingly empowering statement: we get to decide where the story goes. The film’s final frame is, after all, whatever we want it to be.

Summary: Apolitical Romance works best as a political romance – when it manages to be smart, funny and bittersweet all at once.