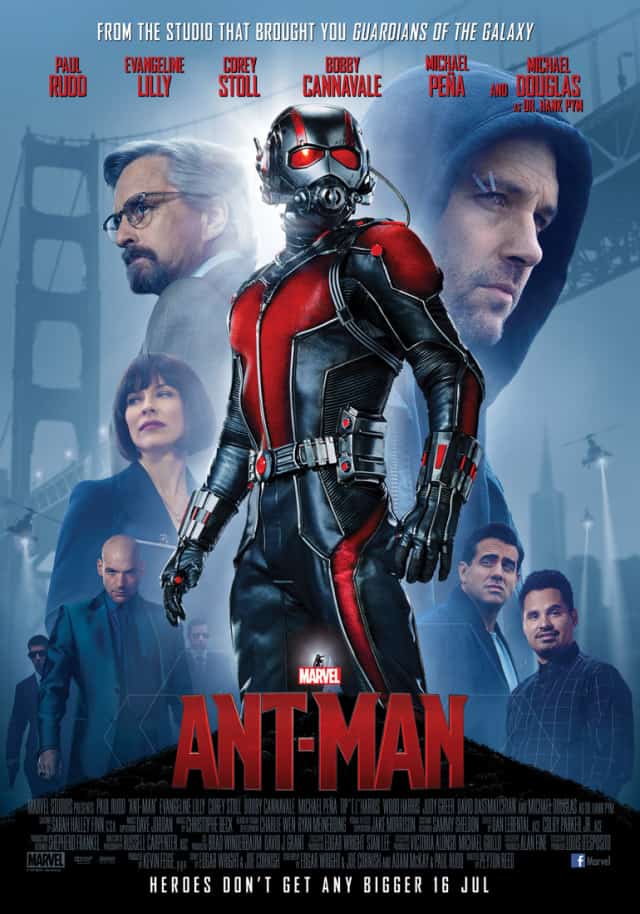 For a few brief moments, the unstoppable juggernaut that is the Marvel Cinematic Universe (MCU) looked like it was about to grind to a halt with Ant-Man. Unlike most other films under the Marvel Studios umbrella, this production has been haunted by doubt and dissension. Fans were nervous about the narrative decisions to relegate Hank Pym – the original Ant-Man in the comic books – to the sidelines, while killing off his wife Janet Van Dyne (who, as the Wasp, is one of the founding members of the Avengers). Then came that hugely publicised parting of the ways between Marvel and original director Edgar Wright, who oozes so much geek cred that people understandably mourned his departure from the project after years of development. And yet, the final product – Peyton Reed’s Ant-Man – is a fun, frothy delight, one that proves once and for all that Marvel knows precisely what it’s doing and where it’s going with the most crazily interconnected movie-and-television franchise of all time. 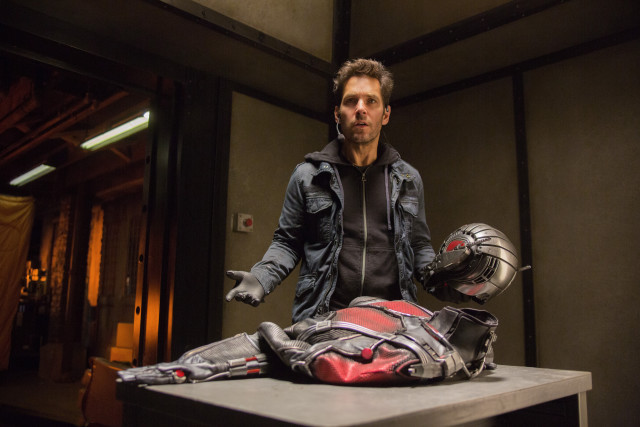 After serving his jail sentence, Scott Lang (Rudd) just wants to reunite with his daughter Cassie and get his life back on track. But he soon discovers that people in the outside world – including his ex-wife Maggie (Judy Greer) and her new cop boyfriend Paxton (Bobby Cannavale) – aren’t particularly kind to former convicts. Beaten down by circumstances, he agrees to pull off one last heist with his eternally optimistic buddy Luis (Michael Pena). It’s a crime that places him squarely in the path of Dr. Hank Pym (Douglas), a retired, semi-reclusive scientist who decides to enlist Scott in his life-long mission of preventing the Pym Particle – a technological breakthrough that allows him to become the super-small, super-strong Ant-Man – from falling into the wrong hands.

Truth be told, Ant-Man gets off to a somewhat shaky start. The tale of an honourable rogue who’s looking for a shot at redemption is a well-worn storytelling trope, one that the film initially seems to embrace rather too eagerly. As we watch Scott soldier through a host of tiny indignities, the dialogue – still credited to Wright and his co-writer Joe Cornish, with rewrites by Rudd and Adam McKay – is uninspired, and oftentimes uncomfortably on-the-nose. There’s no subtlety here, and the sense of fun that accompanies Scott’s attempt to hold down a job in Baskin Robbins feels a wee bit forced. 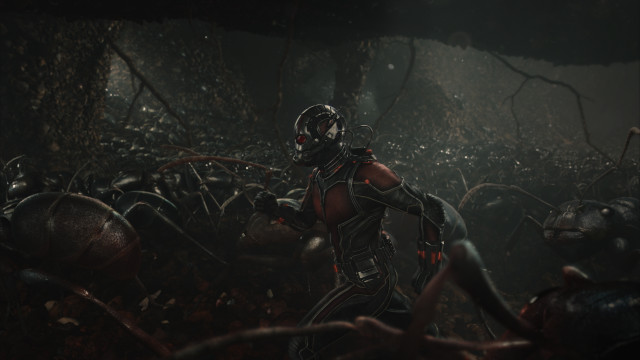 But the film kicks into higher gear, and stays there, once Scott stumbles onto or, more accurately, steals his second chance. His discovery of the Ant-Man suit and all that entails – working with Hank, meeting Hank’s aloof but eminently capable daughter Hope (Lilly), training to prevent Hank’s former protégé Darren Cross (Stoll) from replicating the Pym Particle for sale to the highest bidder – give the story the shot of adrenaline it needs. In the blink of an eye, this superhero heist flick finds its feet, and transforms into a whirlwind of action, humour and heart. Reed’s camera zigs merrily from Luis’ unique method of exposition (brilliant) to Scott’s attempts to survive Hope’s training (bruisingly hilarious), before zagging into the dark, trembling heart of Hank’s troubled relationship with his daughter.

Indeed, what makes Ant-Man work so well is its insistence on respecting its characters and taking their concerns and relationships seriously. This provides the film with an emotional anchor amidst all the madcap chaos and gleeful irreverence. Scott’s overpowering love for his young daughter runs parallel to Hank’s own concern for Hope, and even Paxton – initially caricaturised as the stereotypical brutish new boyfriend – is given layers and depth beyond what might be expected of a film that seems so silly on the surface. This culminates in the film’s best action sequence: one that manages to be utterly ridiculous, as the camera cheekily zooms in and out of a conflict that’s entirely proportional to the size of its participants; but also deeply heartfelt, when Scott makes a split-second decision between life and probable death. 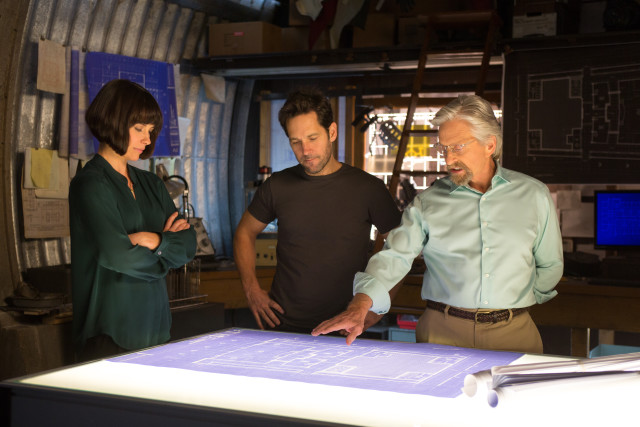 For anyone concerned about Ant-Man subsisting in its own little bubble within the MCU, rest assured that there’s plenty on display here to please even the most diehard of fans. The film features not only a welcome cameo from a very popular agent of S.H.I.E.L.D., but also ties Scott firmly into MCU continuity with a hugely pleasing direct reference to Avengers: Age Of Ultron. The subsequent semi-aerial battle that takes place between Ant-Man and a certain Avenger – whose identity has since been revealed in television ads – proves that this miniscule hero has what it takes to stand proud alongside the world’s mightiest champions. (Stay through the credits, by the way, for two incredibly exciting hints at what’s to come for the MCU in the future.)

As with all the other films and television shows in Marvel’s burgeoning media empire, the cast of Ant-Man is pitch-perfect. Rudd puts his goofy and amiably sexy charisma to excellent use as Scott, allowing us to believe that this one man can be as silly as he is strong, and as serious as he is funny. Lilly gets the big-screen role she richly deserves in Hope, who’s acknowledged at every point in the film as being better, stronger, and more capable than the men around her think she is. Douglas plays a far more palatable version of Dr. Pym (who can be tough to swallow in the comics), and does so with his trademark charm and magnetism, while Stoll gives good psychopath as the increasingly unhinged, patently cruel Cross.

Truth be told, Ant-Man may not edge out the other films that make up Phase Two of the MCU in a straw poll – it does, after all, face some pretty serious competition in what has been an unbroken run of truly excellent superhero films. But it’s an incredibly solid effort: smart, rich, deep and funny, teeming with ideas, genres and the potential for so much more. Now if that doesn’t make for a great superhero movie, what does?