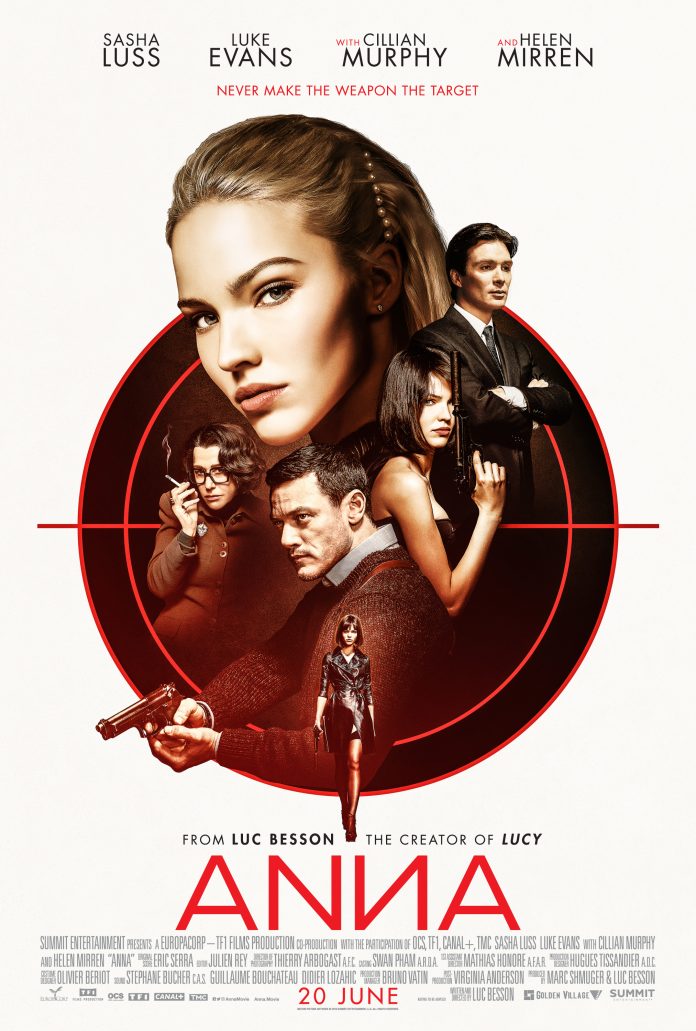 The Low-Down: What if John Wick is a lady? With John Wick 3’s recent release by the same production company (Lionsgate), it’s hard not to draw similarities of Anna to the Keanu Reeves hit. Guns, lots of guns, and lots of well-choreographed melee combat sequences by an assassin whose rights and freedom are denied by powerful groups of people. Even the kind of humour and storytelling are strangely familiar but in fairly decent ways. Anna has plenty of flaws but can be easily overlooked if you’re in just for the action… And Cillian Murphy’s classy American accent and Luke Evans’s shockingly natural Russian accent.

The Story: Multi-lingual Russian spy Anna Poliatova (Sasha Luss) uses her model identity and beauty as an undercover for her assassinations — from seducing illegal weaponry kingpins to straight up murdering state threats in the public. We catch glimpses of her past and how she became the formidable hitwoman and asset of the Russian KGB (Committee for State Security). Anna feels trapped and robbed of her freedom but plows on with hopes of eventually being a free soul. It’s her story of manipulating men most of all, and her getting cornered by tyrants.

The Good: Surprisingly good action aside, the performances are impressive, including Luss who makes her second appearance after director Besson’s Valerian and the City of a Thousand Planets. Although Evans and Murphy’s characters as government lieutenants are forgettable, they make the most out of their screentime. The true MVP is Helen Mirren, who plays Olga, a top gun in the KGB who steals every scene she’s in, and display fantastic chemistry with Luss.

The Not-So-Good: The apparent lack of effort in storytelling is nearly the dealbreaker here — what can be lazier than smacking almost 10 title screens in a 119-minute action film that were absolutely redundant? On a very basic character writing level too, Lera Abova’s Maud (Anna’s supposed girlfriend) doesn’t serve any purpose other than a plot device to propel Anna’s story, just to conceal of her assassin identity. Most of all, it left a bad aftertaste because of how the movie handles the relationship.

Knock-Out Sequence: Apart from the extended restaurant fight scene (present in the trailer), another combat sequence where Anna is eluding armed guards and sorts is pretty impressive too. The only complaint is the excessive use of doubles or stuntwomen unlike in the John Wick movies where Reeves performs majority of the moves.

Watch Out For: The fairly well-executed combat scenes and gun fights because those are the highlights of Anna.

Recommended? Yes, if you’re looking for a reasonably fine rip-off of the John Wick franchise but want to see a female protagonist. Forgive the plot and sloppy screenwriting, kick back, and enjoy the trashy but flashy fight sequences. Suffice to say, Anna is a good bad movie, and one that may entertain you till the last moment.