Derived from a Japanese manga and movie of the same title — Tobaku Mokushiroku Kaiji (Ultimate Survivor Kaiji) — Animal World (动物世界) showcases some of the most impressive visual effects and action sequences in Asian cinema. Granted, the storytelling is slightly clunky and character decisions are not convincing.

Li Yifeng (Mr. Six) stars as Zheng Kai Si, a troubled young man with a comatose mother, and Michael Douglas (The Game 1997) is Anderson, the mastermind behind an illegal gambling organisation. Both Anderson and the film set out to prove a point (rather convincingly): when faced with desperate circumstances, everyone turns to their animal instincts, hence the movie title. 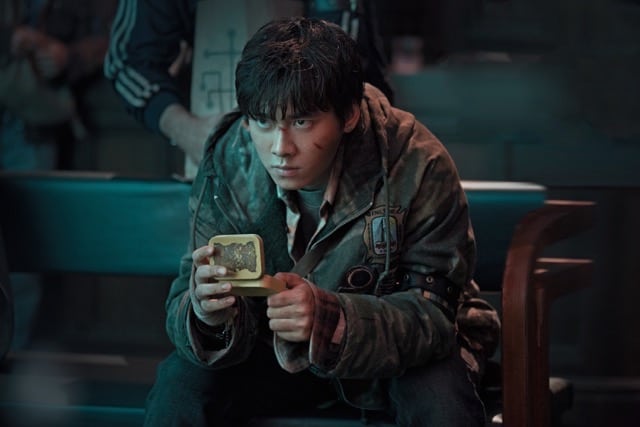 The movie opens with Li’s narration while cutting between anime and live-action versions of a clown superhero slaying monsters, excessively spurting inky blood all over the screen. That said, the swordplay and fighting choreography are spectacular, and seeing monsters getting slain is weirdly satisfying. Fans of slasher games would understand.

It’s revealed that Kai Si suffers from a childhood trauma, that lapses him into a clown alter-ego with an uncontrollable rage whenever he gets emotional. 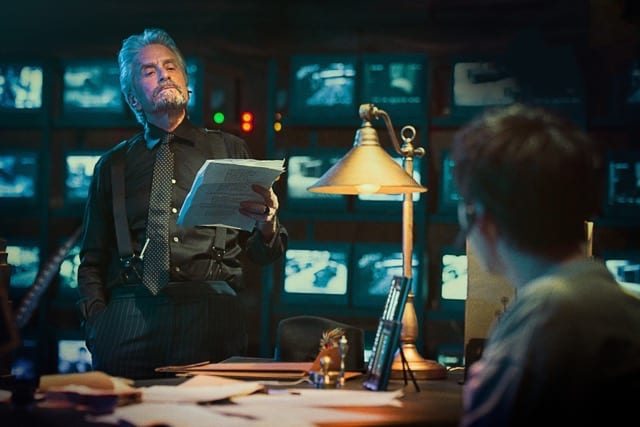 The clown alter-ego concept is interesting but does little to enrich the narrative in a meaningful way. It does give director Han an excuse to show off his crew’s visual effects flair, though, which is further reiterated with an elaborate and exhilarating car chase sequence.

Animal World rushes through Kai Si’s sob story — he works at an arcade as a clown entertainer (because why not?), just barely enough to pay for her mother’s hospital bills. His love interest is Liu Qing (Zhou Dongyu), a nurse at the hospital who is also in love with him, but Kai Si is too poor and too ashamed to date her. 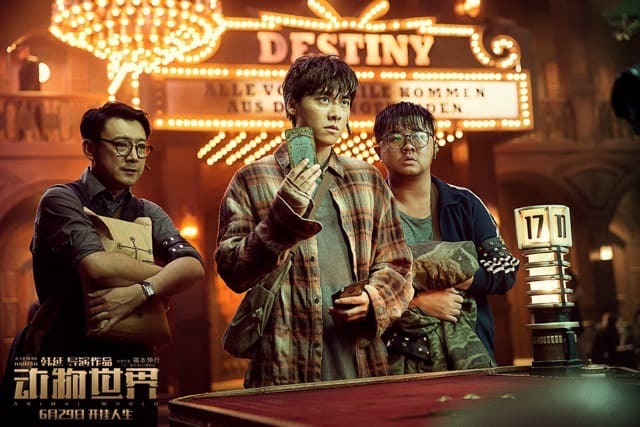 When a long-time buddy Li Jun (Cao Bingkun) cheats and squanders Kai Si’s house mortgage, both of them end up on a gambling cruise. They have to battle out with other debt-laden fellows onboard with a game of Rock-Paper-Scissors — some will leave the ship in one piece and debt-free while the rest may have to pay off their loans with their lives.

Overall, Animal World delivers a lot more than what one would expect from a gambling movie. You’ll be impressed how director Han manages to make a Rock-Paper-Scissors game complicated enough to keep you engaged for most of the film, wanting for more. The good news is, the ending sets up for a potential sequel.

Summary: You would never have thought Rock-Paper-Scissors could be such a captivating game until you’ve watched Animal World — there’s a Hunger Games slash Battle Royale twist to it.