Warner Bros has revealed the title (with new logo to boot!) of the sequel to Man Of Steel as Batman V Superman: Dawn Of Justice. And it seems like it is setting in motion for the franchise to expand into the DC Comics universe, and Justice League. Production is currently underway for the Zack Snyder-helmed Batman V Superman: Dawn Of Justice which stars Ben Affleck and Henry Cavill in the title roles. 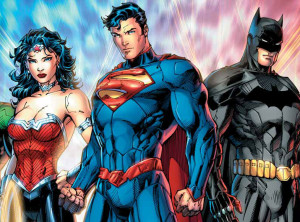