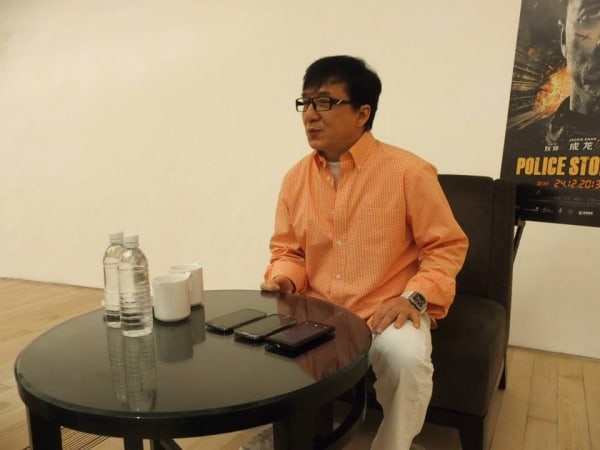 â€œIf I didn`t make movies, I`d have no idea what to do with my life! I live for movies, he declared. â€œWhen I was making CZ12, I had a feeling it would be popular with audiences because it`s an action-comedy for all ages, but I don`t feel I can be making only action comedies forever, Jackie shared. â€œSo this year, you`ll get to see another side of Jackie Chan, and next year there`ll be a different film and I`ll continue to metamorphosise. Police Story 2013 has been touted as a dark, gritty thriller and is definitely a departure from the lighthearted fare audiences are used to seeing from the actor.

Jackie made it clear that he`s not content to rest on his laurels. â€œI don`t think I can keep making films of the same variety over and over again, I`d get bored with it as an actor, he said. â€œHonestly, I`m not making films for the money now, it`s because I`m interested in making them. I like a good challenge and I like showing the audience that I really am an actorâ€