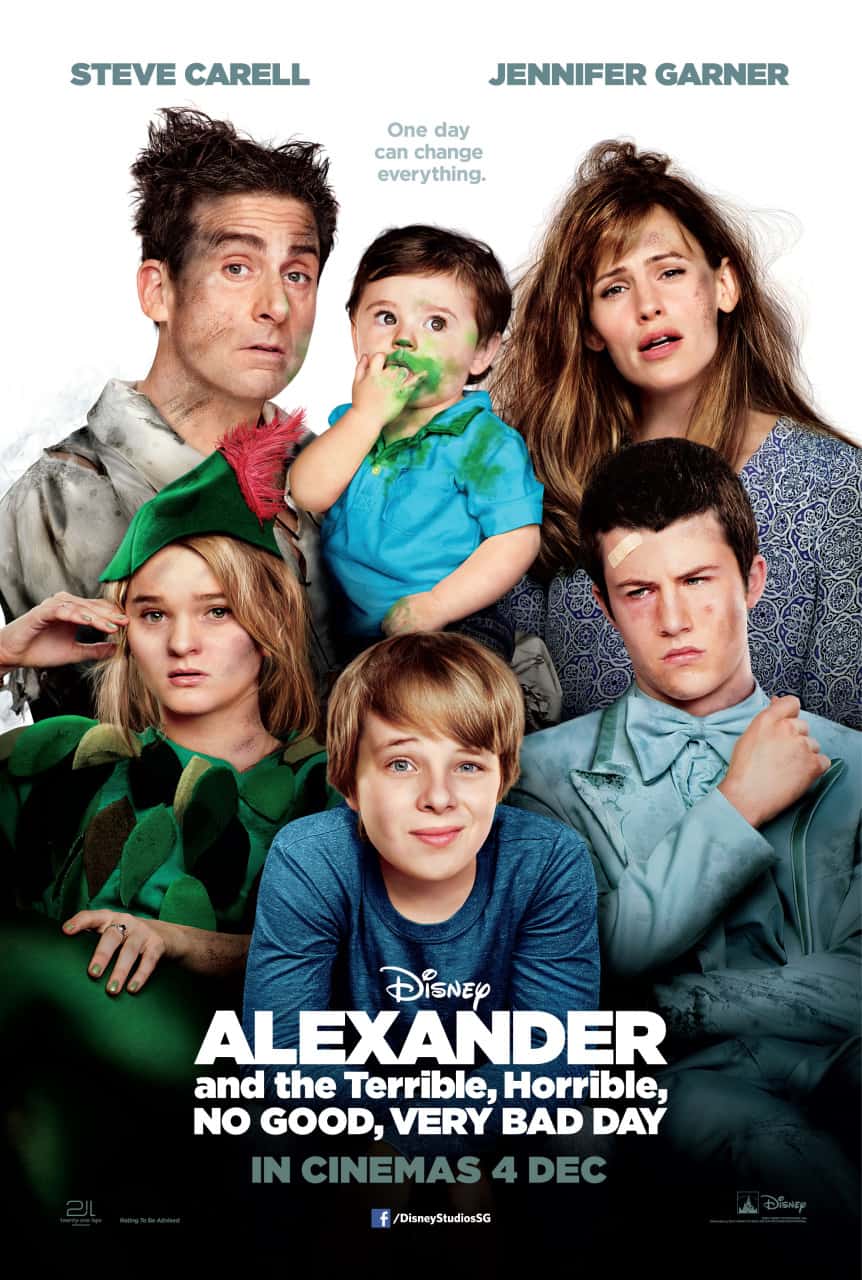 Daniel Powter sang about a “Bad Day” in 2005 and, in this Disney comedy, we meet someone who’s had his share of bad days, 11-year-old Alexander Cooper (Oxenbould). It’s the day before his 12th birthday and Alexander is crushed that all his friends will be attending another schoolmate’s party instead. None of his family members will give him the time of day because they’re too caught up celebrating all the things that are going right for them. A dejected Alexander fixes himself a makeshift birthday sundae, wishing that the rest of his family will experience a downer day of their own. The next day, Alexander’s wish comes true: his dad Ben’s (Carell) job interview takes a less-than-successful turn, the children’s book his mum Kelly (Garner) is publishing emerges with an unfortunate typo, his sister Emily (Dorsey) might have to sit out the production of Peter Pan in which she’s starring due to the flu, his older brother Anthony (Minnette) has a disastrous driving test and a falling-out with his girlfriend Celia (Thorne), and his baby brother Trevor (Elise/Zoey Vargas) ingests a permanent marker. Alexander realises what his wish has wrought and the family band together to make it through the day together. 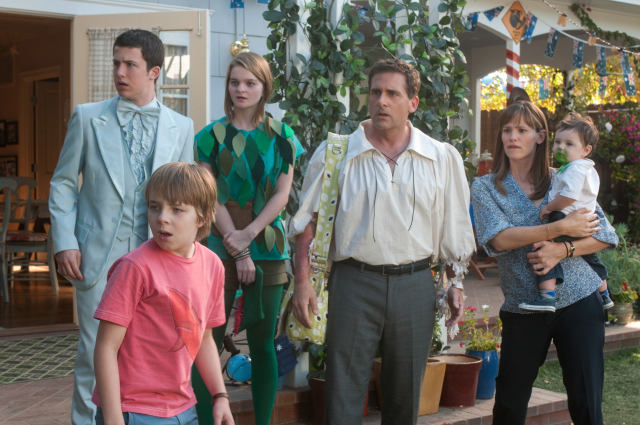 This writer is grateful that Alexander And The Horrible, Terrible, No Good, Very Bad Day has as long a title as it does, because it will help with his word quota. The film is based on the 1972 children’s book by Judith Viorst, which was earlier adapted into an animated musical special. Being a 32-page children’s book, the film calls for adaptation expansion. So, while the book focused on Alexander’s own bad day, the bulk of the film centres on the bad day Alexander wishes upon the rest of his family. It’s basically Hijinks Ensues: The Movie, with Murphy’s Law in full effect. There’s a degree of schadenfreude to be had in seeing myriad family-friendly calamities befall the Cooper clan. This is best-described as a sitcom episode with a larger budget. It’s really, really silly but you knew that going into it already. Between the least successful stage production of Peter Pan since the one in 21 Jump Street, Carell pursuing a runaway kangaroo through the neighbourhood and strippers showing up for a kids’ birthday party, the comedy set-pieces are lively but stop short of being satisfyingly elaborate. 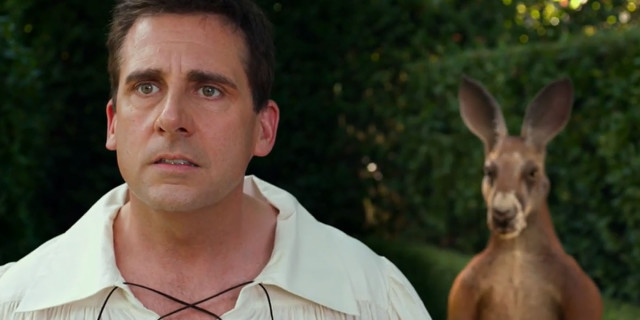 Parents make many sacrifices for their children and sitting through cringe-worthy family movies is one of them. Thankfully, Alexander And The Horrible, Terrible, No Good, Very Bad Day isn’t as torturous for the older members of the audience as it could’ve been and it helps that it clocks in at a breezy 81 minutes. Carell’s presence elevates the pratfall-heavy flick – no matter what he’s in, he never looks like he’s phoning it in or that the material is beneath him and he’s been subjected to far more embarrassment in earlier films like Evan Almighty. He’s game for anything director Miguel Arteta throws at him, including being lit on fire at a Benihana-style teppanyaki restaurant. Garner is good in this one too, making for a believable pillar of sanity for the family. The attitudes that both Ben and Kelly Cooper carry are actually quite uplifting and it does bring a smile to one’s face to see this couple try their darndest to remain positive as everything unravels around them in comedic fashion. 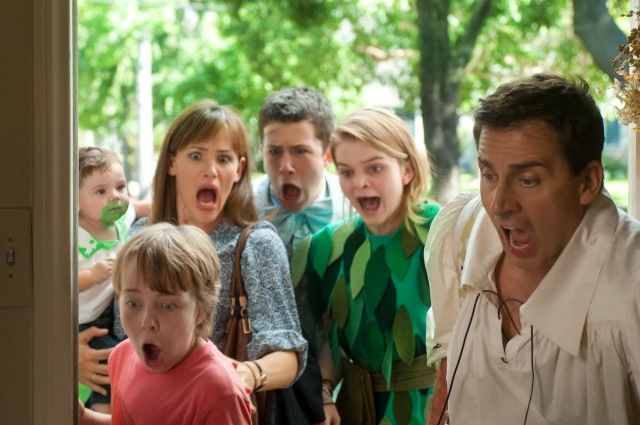 The child actors in the film are competent if not particularly remarkable. Oxenbould has just enough of that “loveable moppet” quality about him without looking like he was assembled in a Disney child star factory. It’s also pretty funny that Alexander is fascinated by all things Australian, given that Oxenbould is an Aussie himself. Dorsey is appealingly loopy as she attempts to play Peter Pan while high on cough syrup. Minnette is a little stiff as the older brother eager to impress his date, while Thorne brings just enough “mean girl”-ness to bear. Dick Van Dyke is a bit of an odd cameo choice – we suppose there’s the Disney connection. Genre fans will also get a kick out of seeing Burn Gorman from Pacific Rim, Torchwood and Game Of Thrones show up as the drama teacher. 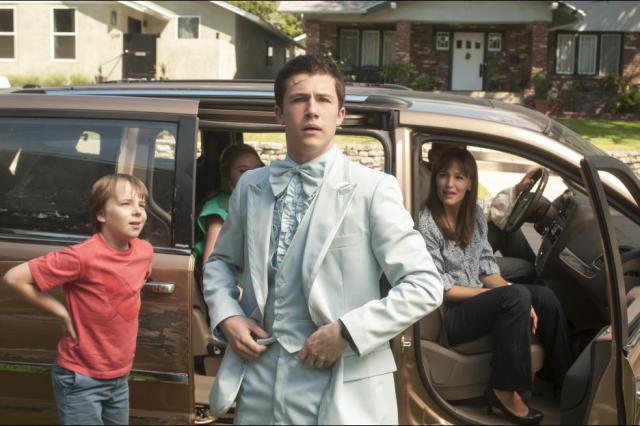 Alexander And The Horrible, Terrible, No Good, Very Bad Day has its share of bodily function jokes and other juvenile gags but it’s able to escape the feeling that it should be consigned to the Disney Channel thanks to the two A-list stars playing the parents. The production values are also decent, barring an iffy CGI kangaroo. If you’re at the cineplex and have got little ’uns in tow, you could do worse than this bad day.

Summary: It’s a really silly, fluffy family flick, but the gags fly thick and fast, Steve Carell throws himself into the nonsense and it’s all over fairly quickly.