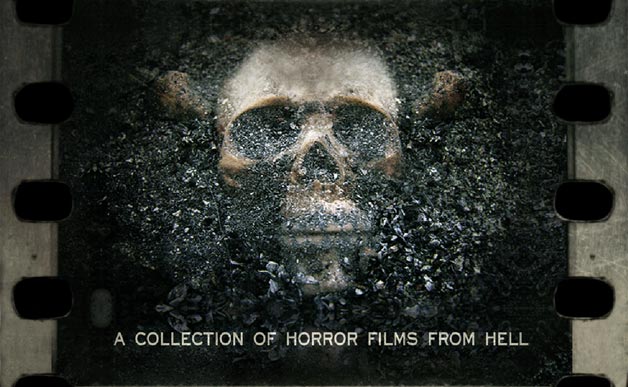 Mythopolis Pictures’ AFTERIMAGES comprises five short horror stories that unfold when a group of students burn paper effigy cameras for the wandering spirits during the ghost month and they receive films in return.

Director Tony Kern, who is also the writer, remembers growing up watching classic TV shows “Twilight Zone” and “Tales from the Crypt”. The anthology format allows a seamless mesh for drama, suspense, thriller, horror as well as for macabre and unexpected twists. Another unusual treatment is the use of a wraparound story that doesn’t just loosely hold the pieces together, but is in fact, part of the horror development.

The wraparound story is ultimately tied in with Kern’s personal experience in the film industry, as well as incorporating the familiar group of film students who talk about making movies, but never actually do so.

The Chinese practice of burning offerings in Singapore is introduced and suddenly, getting free content is easy, and the students can even claim it as their own. Themes of piracy, distribution theft and IP rights parallels are at play, with the idea of torrents, film student naivety, blind ambition, groupthink and the film industry in general.

Kern observes, “Somewhere down the line, we might realize that because of the sweet promises online piracy and easy access that the young generation is used to, we will lose so many more freedoms we once had on the internet. And is losing the freedom on the internet eventually worth the “free” movies, music and software?” 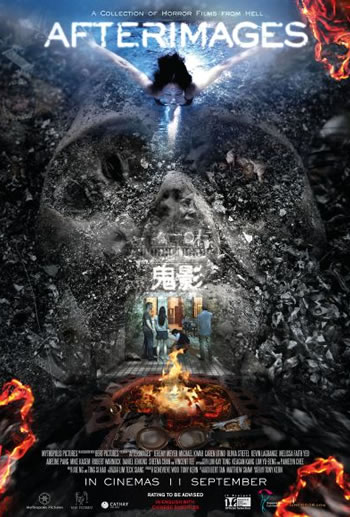 Structurally, the five stories in AFTERIMAGES each represent the elements. For example, “Ghost Pool Leg” = water. “Xiao Bao Bao” = air. “Skin Deep” = metal. “Rekindling” = earth. “Burnt Offerings” = fire. The stories are supernatural parables inspired by local beliefs and actual events that have taken place in Singapore, as well as cycles and elements that Kern believes are prevalent in Singapore society.

One of the five stories is a from a real life experience. “Xiao Bao Bao” is about a young woman’s haunting experience after she took postmortem photos of a suicide jumper.

The incident happened exactly to Kern, who was the first witness of a suicide jumper at the apartment block where he lived. “For days and weeks after the incident, I was obsessed with what had happened. I wanted to know everything about the woman who had jumped, who she was, why did she do it, who was her family? I talked to neighbours and asked strangers in the condo if they knew her or her family. I even went up to the apartment where she lived in search of answers.”

AFTERIMAGES is three years in the making, unusual and almost unheard of in the Singapore film-making scene. Producer Genevieve Woo says, “We approached each and every one of the short story as if it were a full feature in itself. Research, pre-production, rehearsals, filming, post-production. We did not compromise on any aspect, just because it was a shorter format. If anything at all, more planning and detail and reshoots went into it, because we had to pack in so much content in each story.”

Casting of the actors in AFTERIMAGES was also a milestone for the producers, who have released two feature films, “A Month of Hungry Ghosts” (2008) and “Haunted Changi (2010), which achieved box office and critical success in Singapore.

As part of the push for a wider appeal, the characters of the wraparound story are students in an international school. Casting calls were made on Facebook and it was opened to all territories. Actors were given a script for the role they were interested in, and they had to record a short introduction about themselves and submit a performance of the character they chose, and send video link to the producers.

The casting call received very good response from over from all over the world, including USA, Canada, UK, Australia, Singapore, Philippines, Thailand, Korea, Japan, Malaysia, France and Taiwan.

The producers selected the best performances and the cast of the wraparound was an eclectic combination of American, Singaporean-Chinese, Brazilian-Japanese, Swiss-Australian and French-Korean.  All surrounded by some of Singapore’s best acting and production talents.

AFTERIMAGES is the winner the “Network of Asian Fantastic Films – NAFF Award” at the 2012 IT Project in Bucheon, Korea.