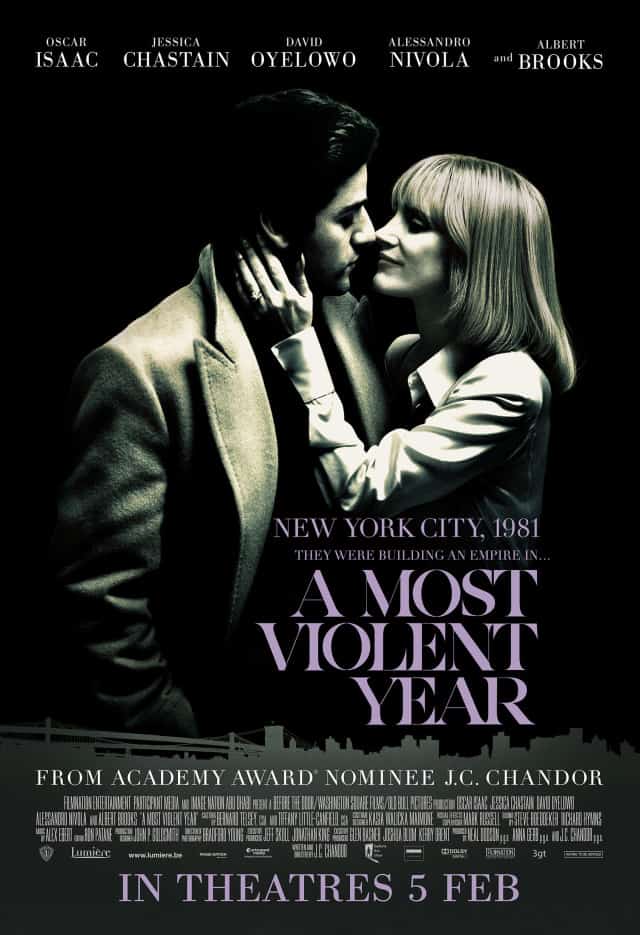 Synopsis: A MOST VIOLENT YEAR is a searing crime drama set in New York City during the winter of 1981, statistically the most dangerous year in the city’s history. From acclaimed writer/director J.C. Chandor, and starring Oscar Isaac (INSIDE LLEWYN DAVIS) and Jessica Chastain (ZERO DARK THIRTY), this gripping story plays out within a maze of rampant political and industry corruption plaguing the streets of a city in decay. J.C.Chandor’s third feature examines one immigrant’s determined climb up a morally crooked ladder, where simmering rivalries and unprovoked attacks threaten his business, family, and–above all––his own unwavering belief in the righteousness of his path. With A MOST VIOLENT YEAR, Chandor journeys in a bold new direction, toward the place where best intentions yield to raw instinct, and where we are most vulnerable to compromise what we know to be right.

1. The Contest begins on 27 January 2015 and ends at 1200 hours on 2 February 2015.  2. The Contest is open to participants residing in Singapore, who are 18 years of age or older as of the time of entry.  3. You are allowed to enter the  contest only once. You must be a fan of F*** Magazine’s Facebook page and Twitter page: @Fmoviemag.  4. F*** Magazine reserves the right at any time in their absolute discretion to cancel or modify the contest or substitute, withdraw  or cancel any prize without prior notice and without having to disclose any reason. 5. Winners will be announced here.