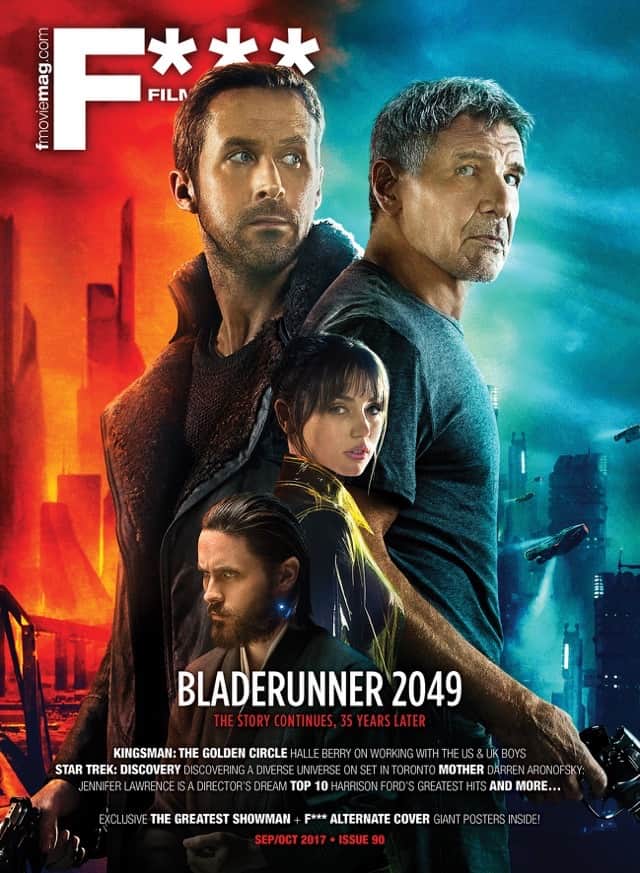 Nostalgia is a double-edged sword.

While we are often told not to live in the past… Yes, it’s about time to delete and trash regrets like not managing that nasty break-up better; or not snogging more when we were younger and more dashing. But, there are also some milestones that stick fondly in our memories, like that first date; or that first orgasmic, erm, sci-fi movie?

Well, that intro took a while unlike that first time…

So, 35 years after blowing our minds, thanks to director Ridley Scott and lead actor Harrison Ford, the sequel to the sci-fi classic Blade Runner is finally upon us. While Scott has graduated to executive producer status in Blade Runner 2049, Ford is back, with a new director Denis Villeneuve in tow (with the likes of Ryan Gosling and Jared Leto too). Inside this issue, the Canadian director, who already has hits with movies such as Prisoners and Arrival, spills the beans on working with the amazing cast and the advice he got from Scott.

And ‘Beam me up, Scotty’, perhaps, serves as a good link to what’s coming next. For another sci-fi classic synonymous with the above catchphrase is coming back!

Well, in the grand scheme and theme of things, we also look back at the illustrious career of Harrison Ford with 10 of his greatest hits; 13 animations on Netflix to look out for; and the usual first-hand news and features about movies that matter, under the stars here and beyond.

Now, that’s what I call looking back to look ahead! Have fun!