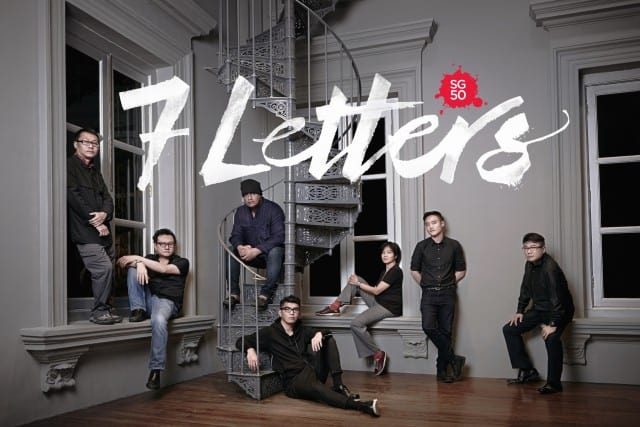 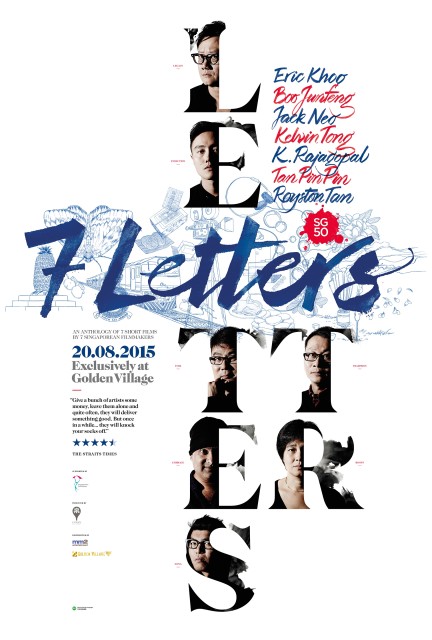 Royston Tan says, “We have received so many calls and requests for 7 LETTERS to be shown in more theatres so that more people can watch it. The overwhelming support towards this film is very encouraging and humbling. Golden Village is an ideal partner to help us bring 7 LETTERS to more people. We hope more Singaporeans will experience this meaningful project, while making a positive difference in our community.”

Melvin Ang, CEO of mm2 Asia Ltd., adds, “This is an important and meaningful SG50 initiative that features the unique voices of 7 of Singapore’s most outstanding directors. It definitely deserves to be seen by more people and we’re most pleased to work with Royston and Golden Village to make the commercial release of this movie a reality.”

“Golden Village has been supportive of 7 LETTERS from the very beginning by using our various media platforms to promote the charity screenings at Capitol Theatre previously. We are honored and happy to be able to release 7 LETTERS theatrically on our screens island wide to reach out to more Singaporeans.”  says Clara Cheo, CEO of Golden Village Multiplex Pte Ltd.

All proceeds, after covering any theatrical and distribution costs, will go towards the 7 LETTERS’ beneficiaries announced earlier.

7 LETTERS is fully supported by the Singapore Film Commission (SFC) and was selected as the opening film at the Capitol Theatre. mm2 Entertainment Pte Ltd (a wholly owned subsidiary of mm2 Asia Ltd.) and Golden Village Pictures are the co-distributors for its theatrical release in Singapore.

Check out our review of 7 Letters here.