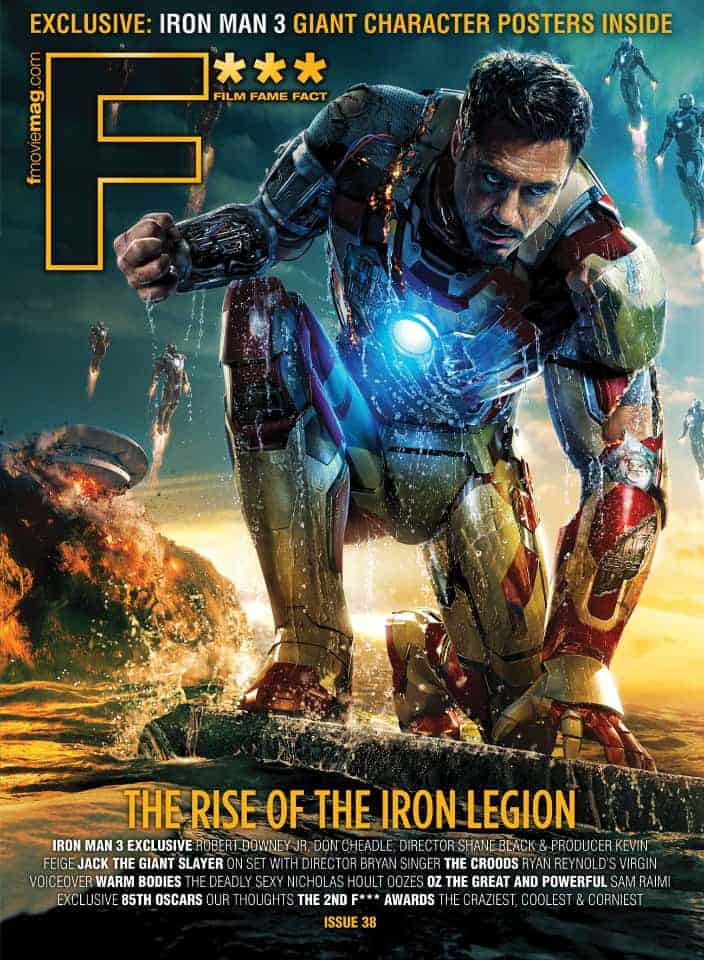 I wish to thank my movie-loving parents for where I am now, for turning that much cherished family pastime into a profession that I love and yet still involve them in.

My brother, who is two years my senior, and I were exposed to movies way before we could even remember. Dad would bring the family to catch the latest Hollywood fare over the weekend; the earliest films I can remember watching being Earthquake and The Towering Inferno. On weekdays, when Dad was at work, Mum would take us along to her favourite Taiwanese rom-coms starring the likes of Brigitte Lin Ching Hsia, Lin Feng Jiao, Chin Han and Chin Hsiang Lin. Go Google them if you have no idea what the fish I’m talking about, and yes, you can safely say I’m in my 20s.

The family movie-going culture has since gone on to include my two lovely but bickering nephews, with their earliest movie-going experience beginning at a ripe old age of about three years old. The oldest is now nine and the younger one is approaching six. It’s amazing and terribly heartening to see the younger one going around exposing his palm to everyone he sees after a certain movie he saw when he was three. Yes, that movie was 2010’s Iron Man 2. He couldn’t read then, but he recognised the look of the movie’s title and would proudly ‘read’ it out at every opportunity and assuming its title character’s identity as well.

I’m pretty sure the young ones will be pleased with our cover choice this month. The highly anticipated Iron Man 3 will be coming to our screens very soon and we’re proud to bring you exclusive interviews with stars Robert Downey Jr, Don Cheadle, director Shane Black and producer Kevin Feige. The quartet talked about bringing Iron Man 3 back to movie screens after the huge success of The Avengers, and making it all about Tony Stark again, and more. Check out the interview on page 60.

Inside these pages, we’ve also featured a number of very family-oriented films that are coming our way – there’s Jack the Giant Slayer, where we go on set with director Bryan Singer, page 38; The Croods, whose star Ryan Reynolds talks to us about his virgin voiceover role, page 68; and the whimsical Oz the Great and Powerful, for which we spoke exclusively with director Sam Raimi in L.A..

For the more mature audiences – there’s our interview with Nicholas Hoult for zombie rom-com flick Warm Bodies, page 46; our interview with Jamie Foxx for Quentin Tarantino’s beautifully daring Django Unchained, page 56; and the 2nd F*** Awards, wherein we bestow awards upon the craziest, coolest and corniest movies of 2012, page 28;

It sure looks like a busy month, for the young and old. My parents will be pleased, the kids will be pleased, and the pockets of my brother and I will be lighter from the amount of drinks and popcorn with which we’ll have to ply the kids with. It’s all worth it, though, as my younger nephew has since gone on to recite movie-lines from his favourite movie characters… But he still can’t spell very well.

See you, and hopefully your family too, at the movies!

Check out what`s inside this issue: 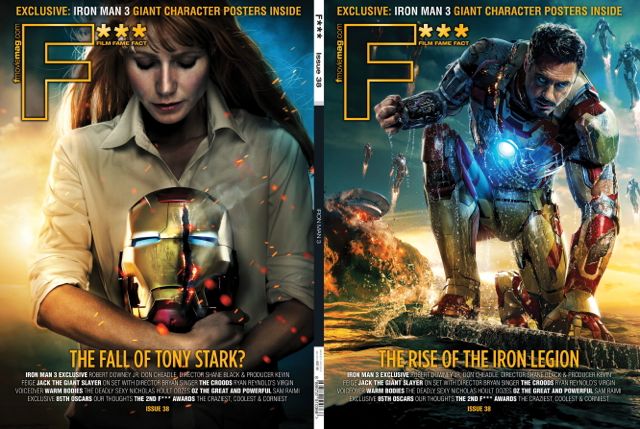 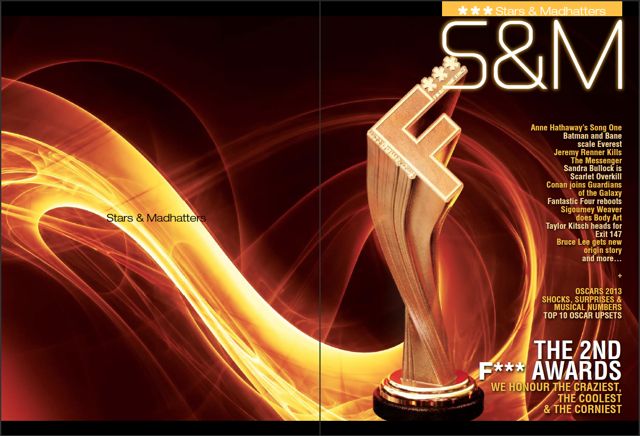 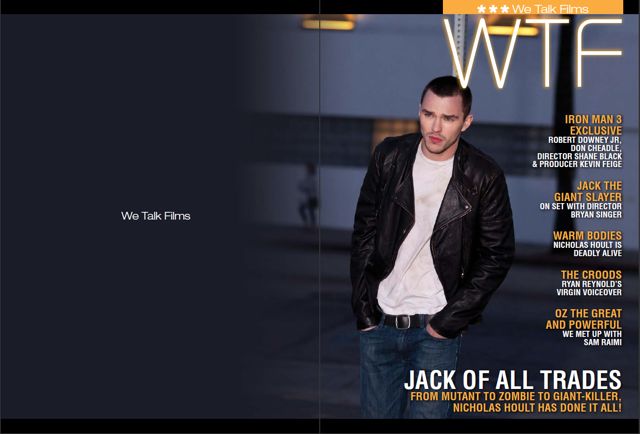 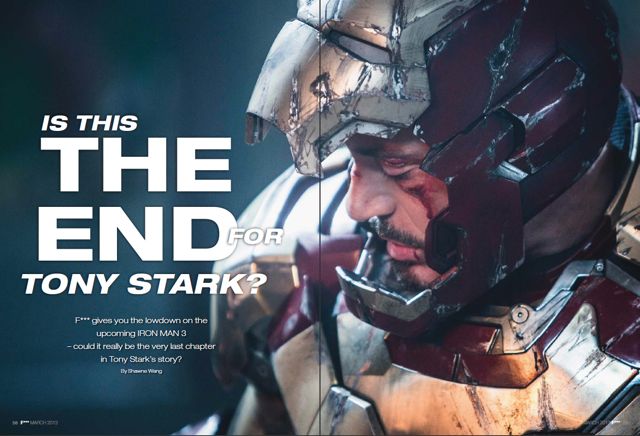 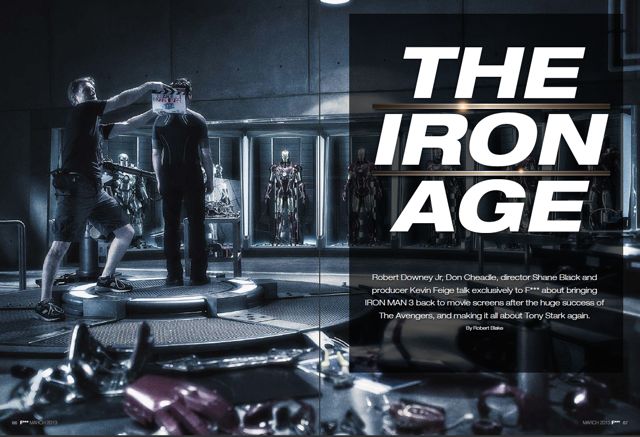 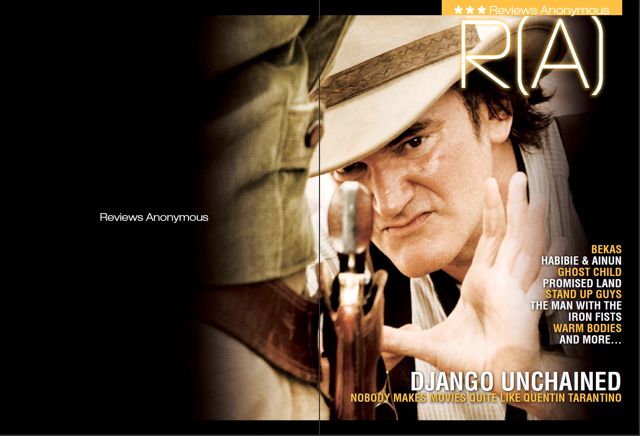 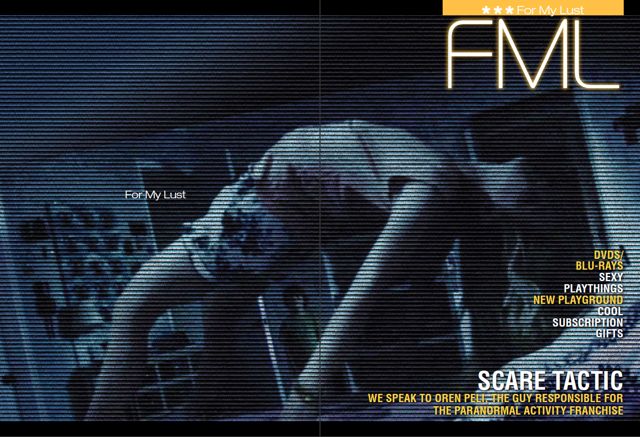 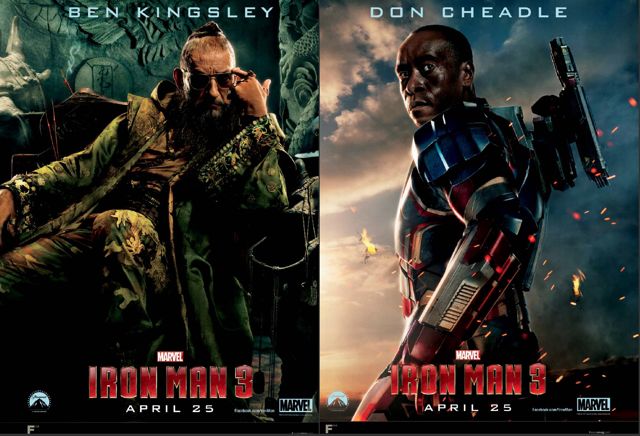 #38 is out on newsstands. Go grab your copy now!