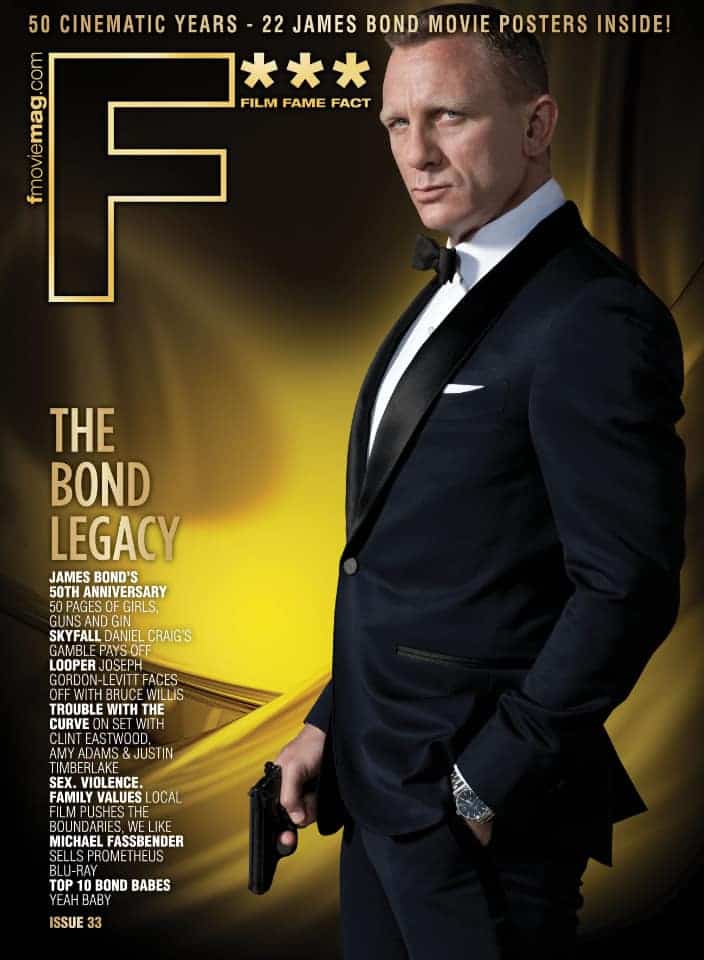 October 2012 marks the 50th anniversary of the first official James Bond movie, 1962’s Dr. No, starring Sean Connery as the dapper MI6 spy. This year also sees the release of the 23rd official Bond movie Skyfall – the role now inhabited by Daniel Craig. It takes a certain kind of character to linger this long in the public consciousness and continue to hold this degree of interest, just as it takes a certain kind of actor to bring him to life. F*** takes a look at the men who took on the mantle, the men who have put on the tux, wielded the Walther PPK, and ordered their martinis shaken, not stirred – the men who have played James Bond.

Of course, the famous and the infamous Bond girls are along for the ride as well, in our biggest ever coverage – 50 pages to coincide with the 50th Anniversary of the cinematic Bond. Everything from the Top 10 Bond babes to the past 22 Bond movie posters, to our interview with the only blond Bond actor in the crop, Daniel Craig. The adventure starts from page 26 right up to page 75.

That’s not all, folks. Besides the tons of news and first looks, there’s also our interview with director Rian Johnson for his action flick, Looper, starring Joseph Gordon-Levitt as a younger version of Bruce Willis’ character, page 82; our on set visit of Trouble With The Curve with Clint Eastwood, Amy Adams and Justin Timberlake, page 76; our interview with local director Ken Kwek on his boundary-pushing film Sex.Violence. Family Values, page 86; our chat with Michael Fassbender on his android swagger for the Blu-ray release of Prometheus, page 118; and more…

Have fun, and see you at the movies.