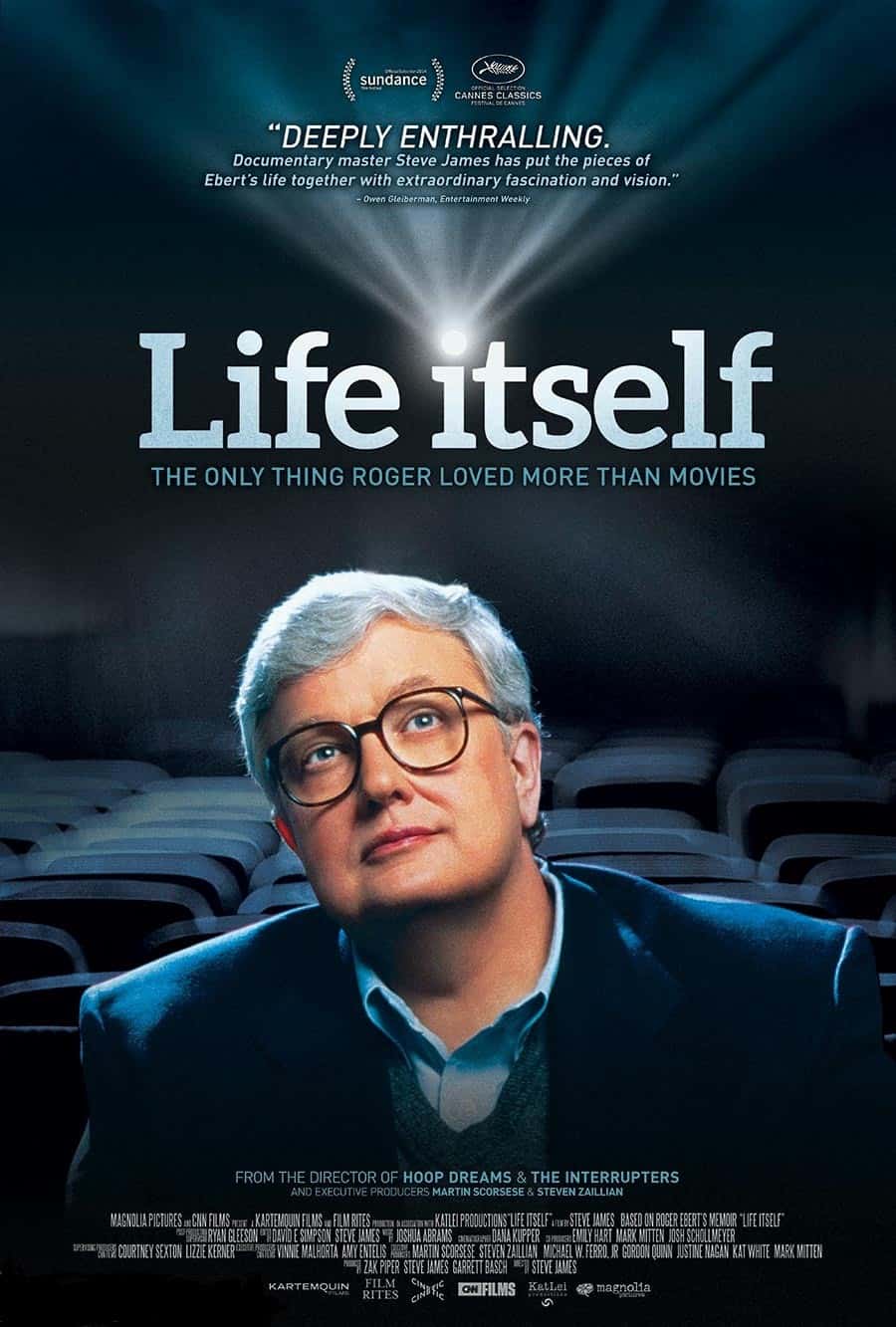 In 2013, filmmakers and moviegoers alike mourned the passing of the well-known, respected film critic Roger Ebert, a household name thanks to the At the Movies television program he co-presented. Documentary filmmaker Steve James brings us Life Itself, based on Ebert’s 2011 memoir of the same name. A fond, in-depth look at Ebert’s life and career, Life Itself tracks the film critic’s childhood in Urbana, Illinois, the beginnings of his journalistic career at his college newspaper The Daily Illini, his Pulitzer Prize win, co-hosting At the Movies with Gene Siskel and coping with his illness in the final months before his death.

Life Itself also features interviews with a large array of Ebert’s friends and colleagues, which range from his fellow Chicagoan journalist William Nack to his wife Chaz to director Martin Scorsese, one of the executive producers on Life Itself. Watching the film, one gets the sense that this was a man who truly found fulfilment in his life’s work and was a cinephile through and through – the license plate of his car even spells “MOVIES”. We are regaled with accounts of the Cinema Interruptus event which Ebert would host each year at the Conference of World Affairs, in which he would spend hours dissecting a given film frame by frame. We see just how much he enjoyed covering the prestigious Cannes Film Festival and how he stuck by his ritual of staying at the same hotel and having breakfast at the same café each time he returned to the French Riviera. 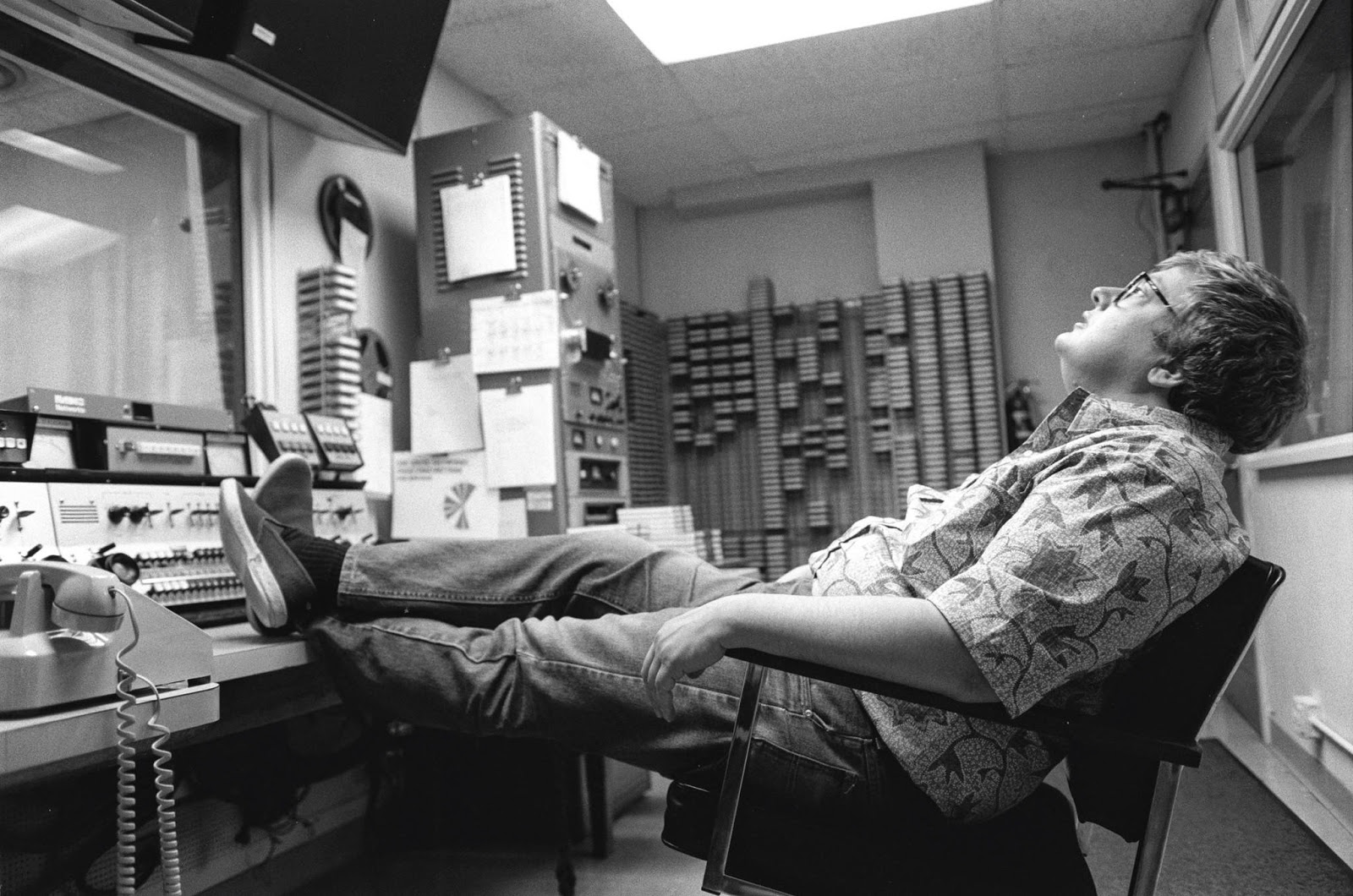 If you’re not a fan of Ebert, it would perhaps be easy to dismiss him as a snob. After all, what business does any critic have telling anyone what they think? The film makes it clear that beyond being more than qualified to do so, Ebert didn’t get his kicks from feeling he was above it all and those are footsteps this reviewer has tried to follow in. The film is far from afraid of presenting a very human look at its subject, including aspects of him that might be considered embarrassing. Ebert says of the Russ Meyer-directed exploitation film Faster Pussycat, Kill, Kill, “the posters displayed impossibly buxom women and I was inside the theatre in a flash.” Ebert ended up penning the screenplay of Beyond the Valley of the Dolls for Meyer and in one of Life Itself’s funniest moments, film critic A.O. Scott gulps, takes a long pause and then talks about the “earthier” elements of cinema that Ebert was drawn to (i.e., boobs). 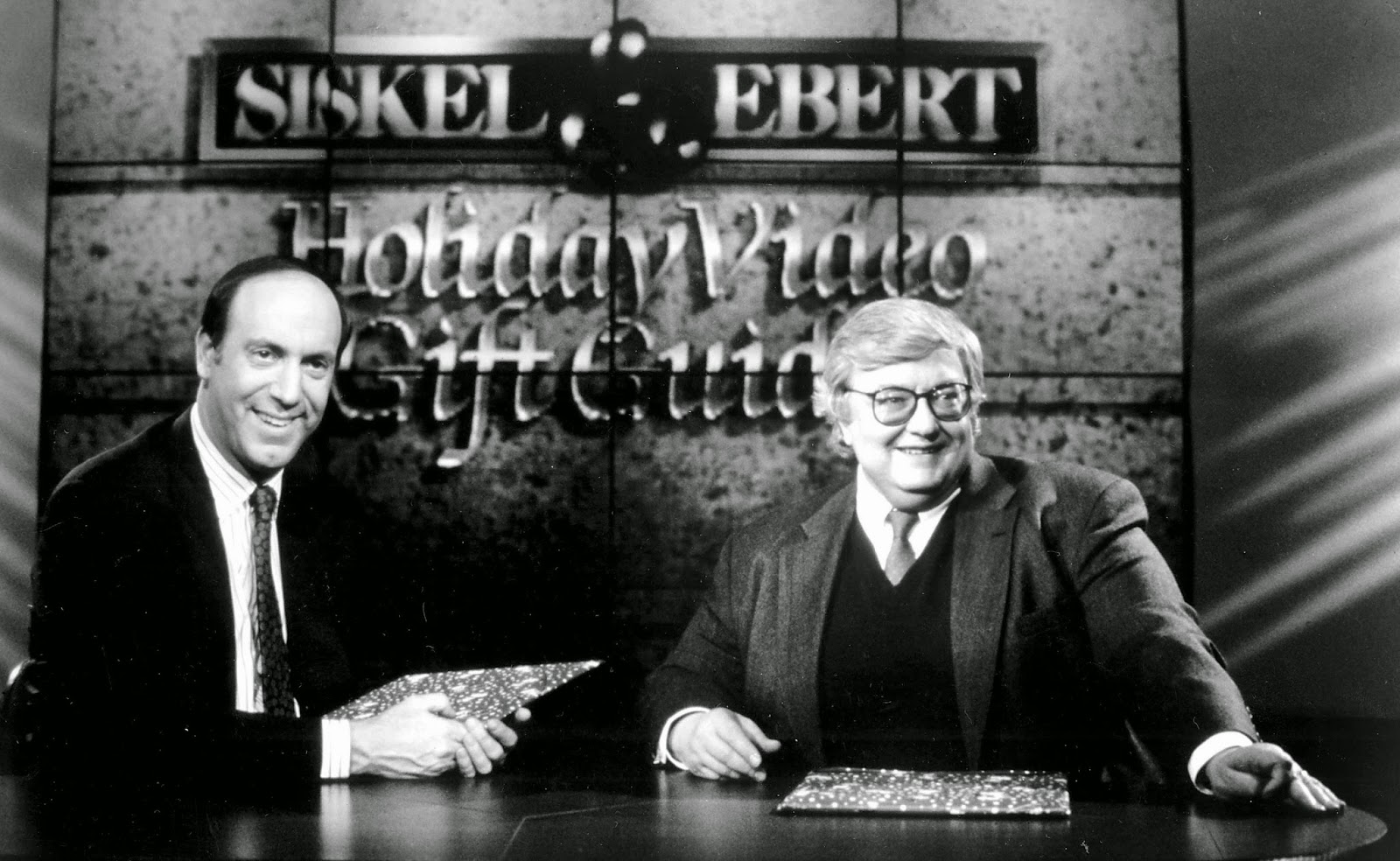 A good portion of the film focuses on the fascinating frenemy-bromance between Roger Ebert and Gene Siskel, with Siskel’s widow Marlene Iglitzen providing a good deal of insight. For starters, they were the film critics of rival newspapers – Ebert wrote for the Chicago Sun-Times and Siskel for the Chicago Tribune. They also had wildly different upbringings and backgrounds, Ebert having been a journalist since he was in school while Siskel was a personal friend of Hugh Hefner’s, cavorting with Playboy bunnies aboard the Bunnyjet. The film reveals the deep extent of the competition that went on between the two – for example, everything was decided by coin toss, and that’s how Siskel got top billing in the title of the show. Time magazine critic Richard Corliss amusingly describes Siskel and Ebert’s double act as “a sitcom about two guys who lived in a movie theatre”. In Life Itself, we get lots of clips of the two getting into really heated arguments, including outtakes from the show. However, it’s also made heartbreakingly clear how much Siskel meant to Ebert and how he was affected after Siskel’s death from a brain tumour. Oddly enough though, Siskel’s eventual replacement Richard Roeper is not interviewed or even mentioned in the film. 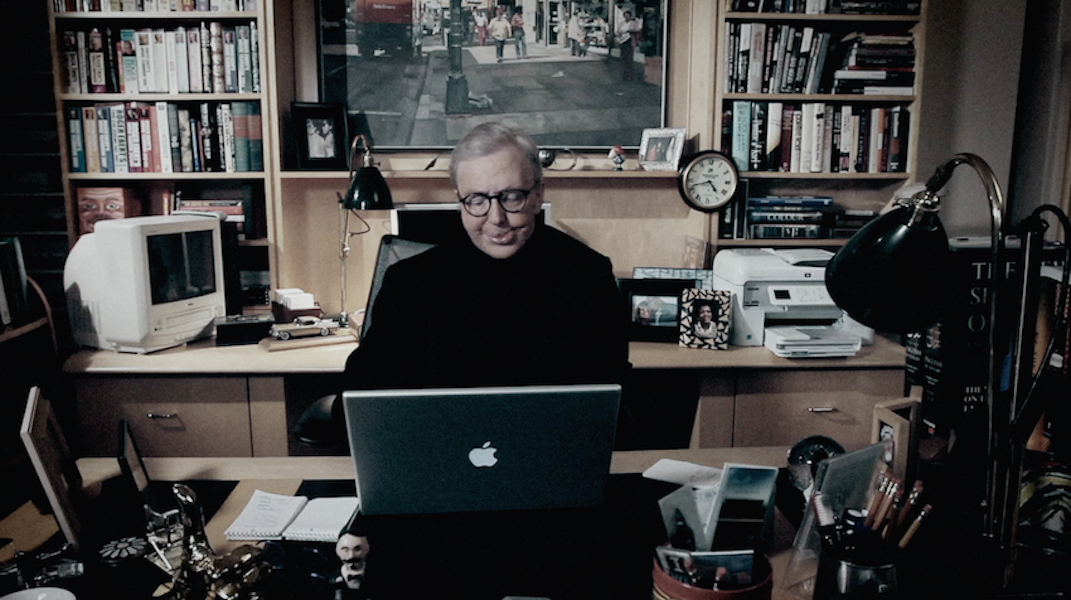 Naturally, Siskel and Ebert’s brand of TV-friendly film criticism had its, well, critics. It was seen as advertising for a film instead of objective, thorough analysis. In an essay in Film Comment, Corliss wrote “movie criticism of the elevated sort is an endangered species. Once it flourished; soon it may perish, to be replaced by a consumer service that is no brains and all thumbs.” At one point in Life Itself, Corliss reads his essay in Film Comment from which that passage is taken aloud, before he chokes up, unable to continue. 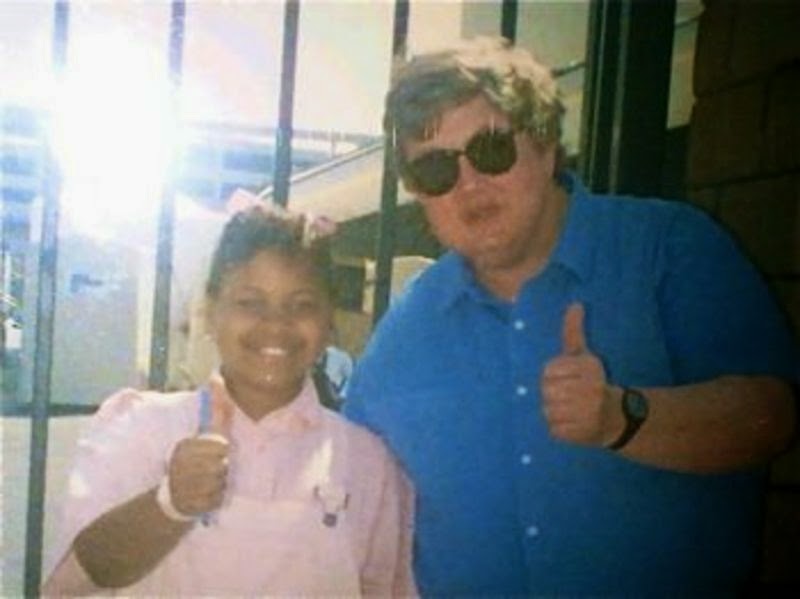 The film also illuminates the influence Ebert’s reviews had on the careers of filmmakers such as Ramin Bahrani, Ava DuVernay and Errol Morris, with Selma director DuVernay recounting how excited she was to have her photo taken with Ebert when she was a little girl standing outside the Shrine Auditorium with her aunt on the day of the Oscars. There’s also a love story here, the relationship between Ebert and his wife Chaz a truly beautiful one. Ebert weighed 300 pounds when they first met and Chaz tells how she found it sexy that Ebert was comfortable in his own skin. “She is the love of my life. She saved me from a life alone, which is where I seemed to be heading,” Ebert says. It also feels genuinely emotional rather than plainly manipulative when Chaz breaks down while discussing her husband’s deteriorating health. 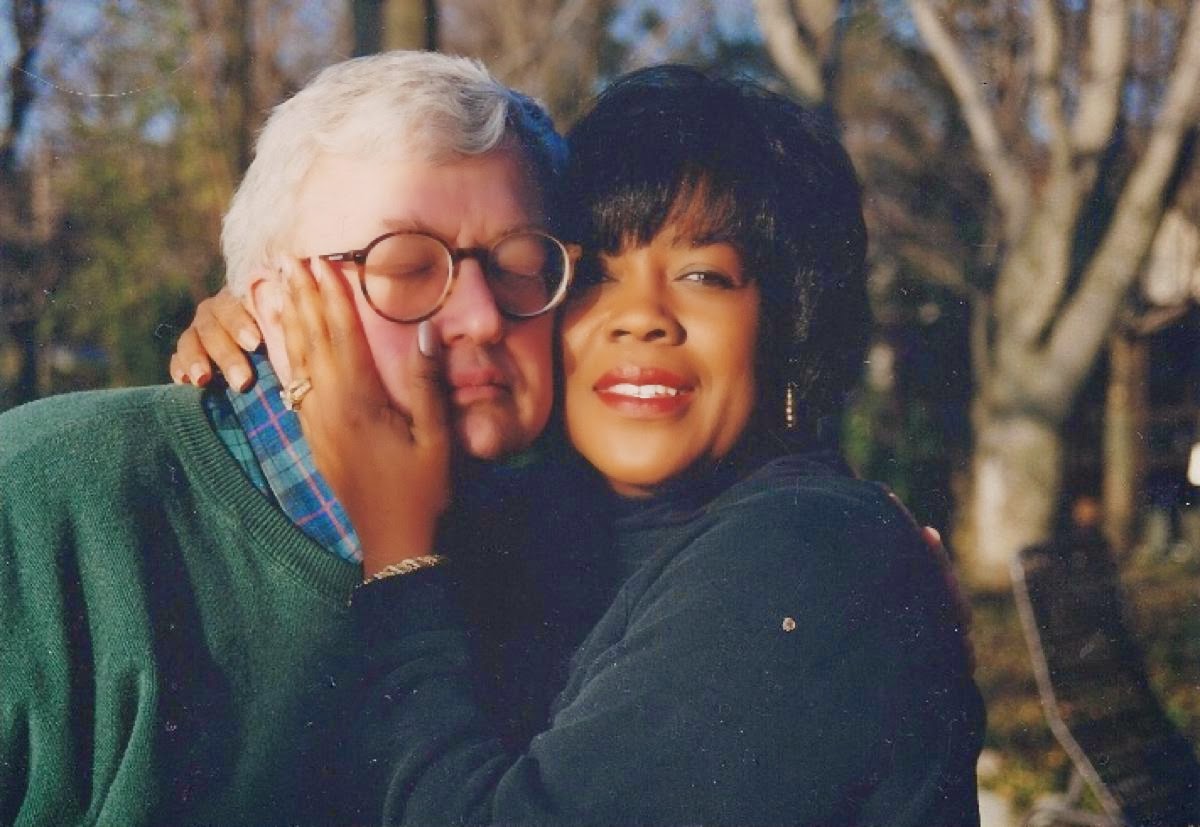 Sure, if you feel that Ebert is overrated as a film critic and that his writing lacks insight or that his recognition is ill-deserved, this film is unlikely to change your mind. If you’re sufficiently cynical, you might say scenes such as Ebert being fed via g-tube is awards-baiting. However, if you’re a fan of Ebert’s work, if you have even a passing interest in film criticism or if you’re just a cinephile in general, odds are you’ll find this documentary inspirational, uplifting, entertaining, funny and deeply moving. 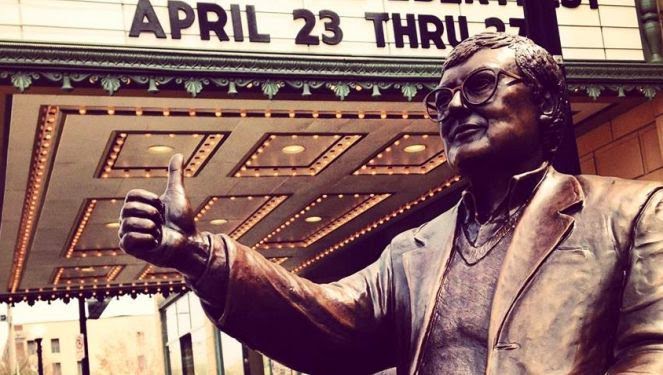 Summary: Life Itself paints a rich, compelling portrait of a man who loved movies, delighted in sharing his knowledge of and passion for movies and who continued living and working even in the face of dilapidating illness through to the end.