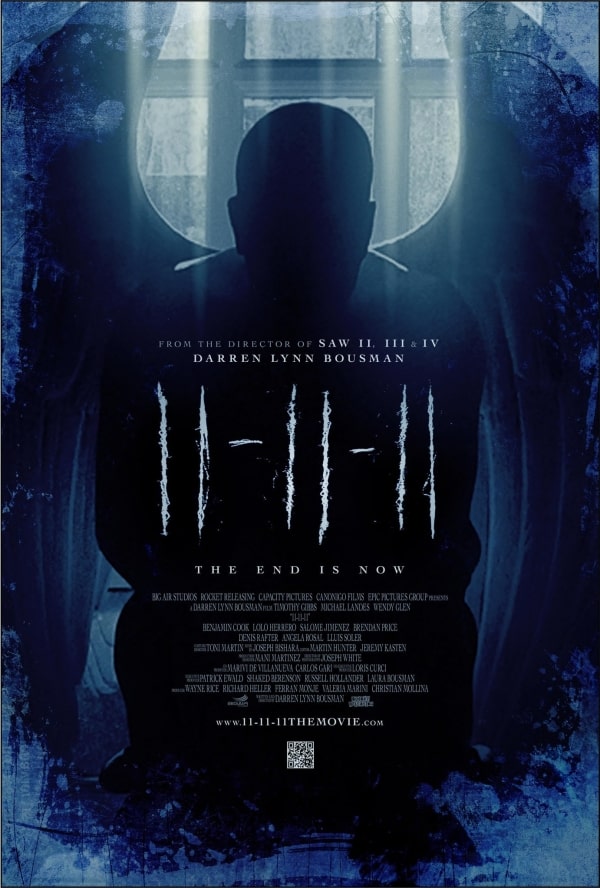 The film follows angst-ridden writer Joseph Crone (Timothy Gibbs), who has been suffering horrible visions and hallucinations of late, following the untimely demise of his wife and child at the hands of a deranged arsonist. A reunion with his wheelchair bound, religious younger brother and his ailing dad on a suitably creepy family estate takes a diabolical turn, as the ill-fated protagonist becomes gradually aware of the titular series of numbers being eerily present in various mishaps in his life.

Timothy Gibbs does a credible job as the insomniac, tortured writer, but his efforts are ultimately undone by the cheap shocks, dreary dialogue, jittery camerawork and `saw-it-from-a-mile-away` plot twist that tops what is ultimately an incoherent addition to the horror genre.

For the less finicky horror fan, 11.11.11 may prove to be somewhat entertaining, with suitably eerie moments and its occult concerns. For most, however, this demonic number is likely to be as forgettable as it is predictable.